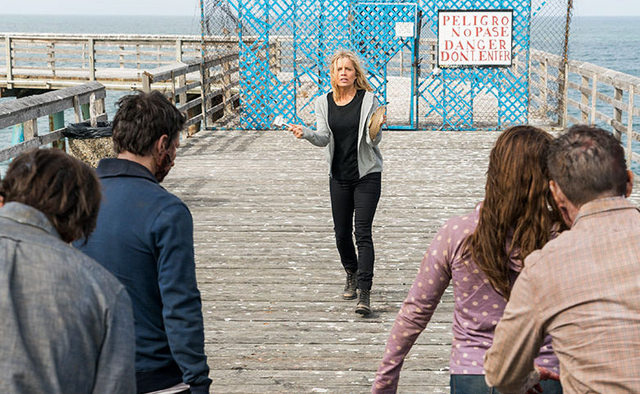 Pablo & Jessica marked another incremental step on the way to respectability for Fear the Walking Dead. While it still has some issues it’s beginning to resemble a competent show.

Fortunately the episode didn’t spend too much time explaining Madison and Strand’s escape from the walkers at the bar. As impossible as the situation looked it was resolved fairly anticlimactically. The walkers politely advanced one at a time so Madison and Strand could fight them off and high tail it to another room.

From there they borrowed from Nick’s playbook and covered themselves in walker guts to escape. It’s a reliable move, but one that’s in danger of being overused on FTWD.

Super Confident Alicia leads the charge to clear the hotel of walkers. Madison has the right idea of setting up shop long term, but it’s hardly as defensible as say a prison. Madison tried to rally the wedding party remnants to help, but Oscar the Groom and the mother-in-law wanted little to do with an alliance.

I’m curious if the show is setting Ofelia up to be its Sophia. The missing group member who resurfaced as a walker. It would make sense, but simply reusing a plot from the main show wouldn’t be the best move.

Instead of going room to room, Alicia suggests using the oh-so-convenient pier to lure the walkers into the ocean. That’s certainly a plan, but the assumption that all the walkers would stumble into the ocean and get pulled away by the tide seemed faulty.

Still, it was a plan and on this show that counts for a lot.

Madison, acting far more competent as the leader than she has in nearly two seasons, led the walkers out onto the ocean. It was the kind of selfless, heroic act we haven’t seen from a lot of this crew. We might finally be getting past the point where this crew is generally incompetent and can start pulling off some ill-conceived plans.

The scene played out too long, but it was the kind of intense action that’s been in short supply for FTWD. 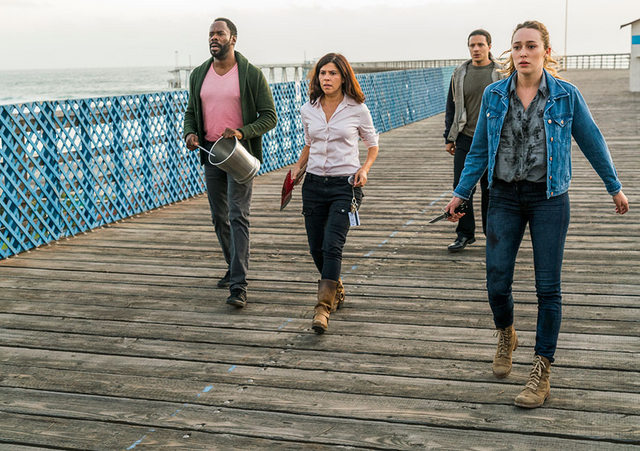 Madison and company celebrated the big win with some of the wedding guests who helped out. Noticeably absent was Oscar. In a really strong scene, Strand consoled Oscar. Being able to relate to the loss of a significant other and the wounds still very fresh put Strand in a unique position.

While Oscar couldn’t, he fought through tears and allowed Strand to kill walker Jessica, who Oscar moved to the honeymoon suite. That’s the kind of heartbreaking tragic scene the main show does so well and it proved just as effective here.

Nick got lost and wandered into an episode of Breaking Bad. He convinced Alejandro to mix powdered milk with the diminishing OxyContin. While it wouldn’t be as potent, it could stretch out a little longer. He’s a junkie if you managed to forget. 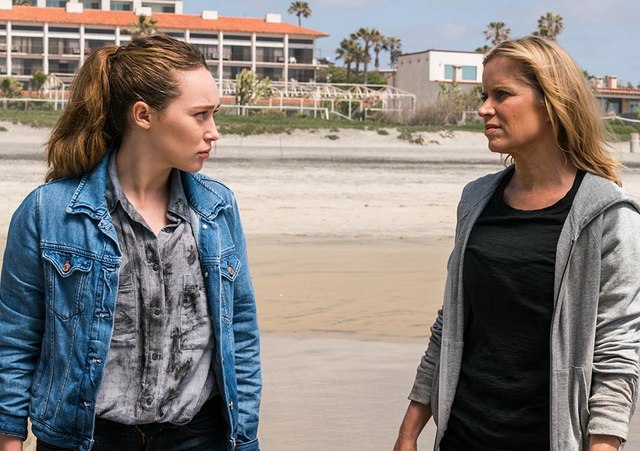 Back in Alejandro’s good graces, Nick made impressive headway with Luciana. He was a hit with the kids’ soccer game and his efforts to improve his Spanish definitely scored some points. It wasn’t altogether surprising then that Luciana came by Nick’s new place for solace. Her brother, Pablo, was dead and she needed a listening ear. So naturally she goes to the one guy at the camp she knows the least about.

I get that Nick is our rooting interest with this group, but besides adding an unnecessary romantic subplot, it was hard to see why Luciana suddenly felt the need to start making out with him.

That essentially has given her the kiss of death and I don’t like her odds to make it to Season 3. But hey, good for you Nick.

For its issues, that’s two consecutives strong episodes for the show. Pablo & Jessica was another really enjoyable outing. The inevitable attack on the hotel should prove interesting and Travis finally deciding Chris is a lost cause and leaving him even more so. It’s the Nick subplot right now that’s been underwhelming so hopefully that starts gaining some momentum soon.