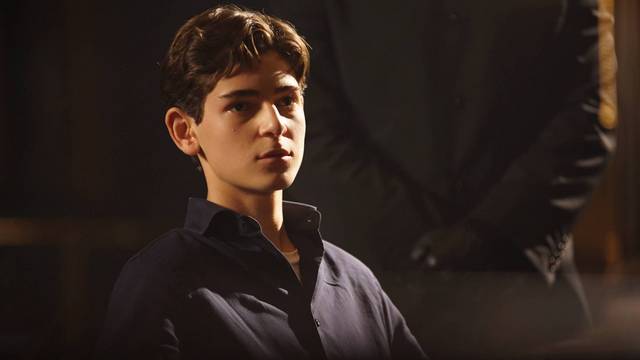 Gotham got a little greedy this week falling back into its old habits of juggling too many subplots. Despite having way too much going on, Burn the Witch, was a decent followup from last week’s season premiere.

The main storyline naturally revolved around Fish Mooney trying to halt her power’s nasty side effect. Jada Pinkett Smith doubled down on her Eartha Kitt homage this week, but her hammy performance was actually pretty fun for a change. She had faux Quicksilver and the Darth Vader cosplayer kidnap Bullock to lead her to Hugo Strange.

Gordon’s plan was perfectly crazy. To rescue Bullock, Gordon was content to let Barnes and the rest of the GCPD get trampled by a mob and let Penguin kill Fish while she made her escape. It’s a good thing Gordon is just a bounty hunter these days or Barnes would have yet another reason to take his badge. Gordon can’t be bothered with the big picture though, namely Fish’s two goons feeling the burn in a mob bonfire. 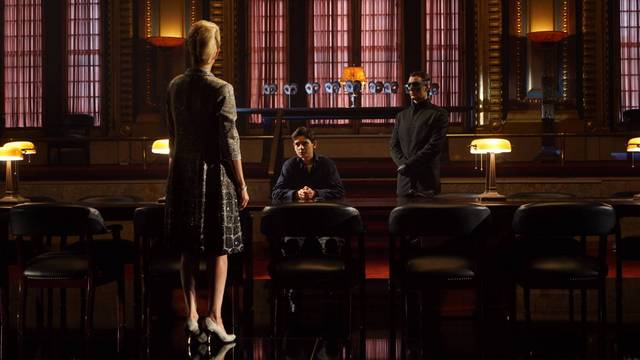 Penguin had some nice moments this week. He incited the crowd to help him destroy the monsters and finally got a chance to kill Fish. In the end, her pride in his efforts as The Penguin made him show mercy. That was a neat wrinkle in their relationship and played up Penguin’s need for acceptance from his surrogate mother.

The Gordon/Valerie Vale pairing has potential. I wasn’t the biggest fan of them already making out though. There was at least a few more weeks establishing the will they/won’t they dynamic. Now it seems like Valerie will just be used to create some tension with Gordon and a returning Lee instead of being a long-term foil/reluctant ally.

Bruce’s subplot was probably the most consistently enjoyable. I dug his confrontation with the Wayne Enterprises/Court of Owl ringleader. Even though it made no sense for her to reveal herself, but her truce negotiation with Bruce was solid. This gives Bruce a plausible out in not tracking down the Court of Owls and avoid using them as a season long adversary. I’m glad the writers quickly had Bizarro Bruce meet Bruce if for no other reason than to hurry up and move past it. 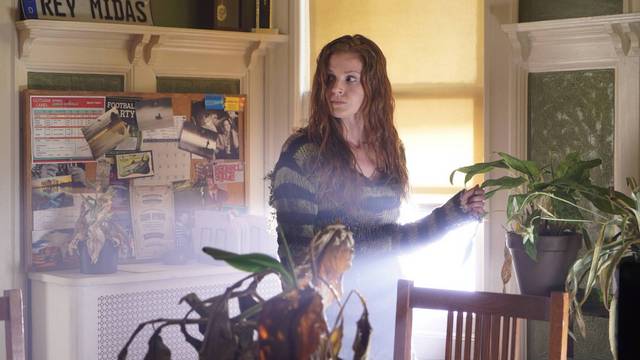 For what it’s worth, Ivy (Maggie Geha) seems like she’s being set up to be a significant character. But will it matter? Sure, she got a va-va-voom makeover, but unless the writers skip to her getting powers, aging her doesn’t do a lot in terms of making her more interesting.

Burn the Witch shined on the strength of Penguin’s big decision and Bruce’s subplot. Gordon made his usual questionable decisions, but it certainly keeps things from getting boring. Next week, Gotham takes a spin on the Mad Hatter.