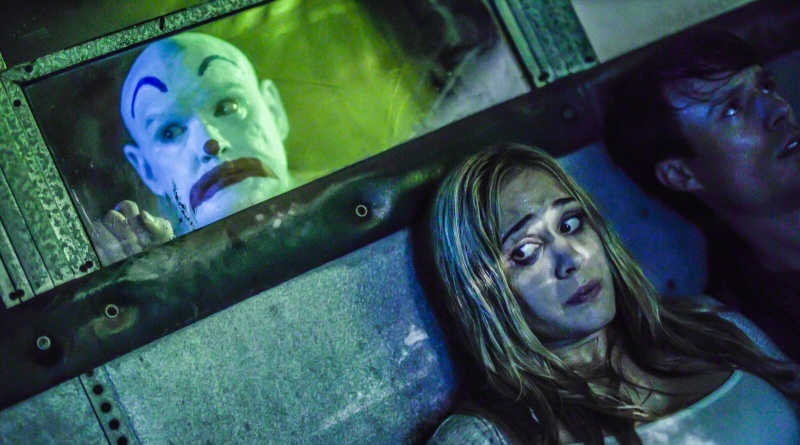 If nothing else, give ClownTown points for being timely with the whole creepy clown phenomenon. Beyond that? The jokes on the audience.

It’s best to consider ClownTown more of a horror/thriller parody. Its generic by the numbers approach to terrors in the wood would in that regard be slightly more tolerable.

Four friends traveling to a concert get lost and seek directions at a local diner. The foursome aren’t fantastic, but they check all the boxes for horror movie fodder. There’s Brad (Brian Nagel), the earnest nice guy ready to propose to his girlfriend Sarah (Laura Compton). Sarah covers the screaming bombshell role impressively in a T-shirt two sizes too small and a bra begging for mercy.

Mike (Andrew Stanton) is the wisecracking best friend and his girlfriend, Jill (Katie Keene) is the ditz who realizes she left her cell phone at the diner. 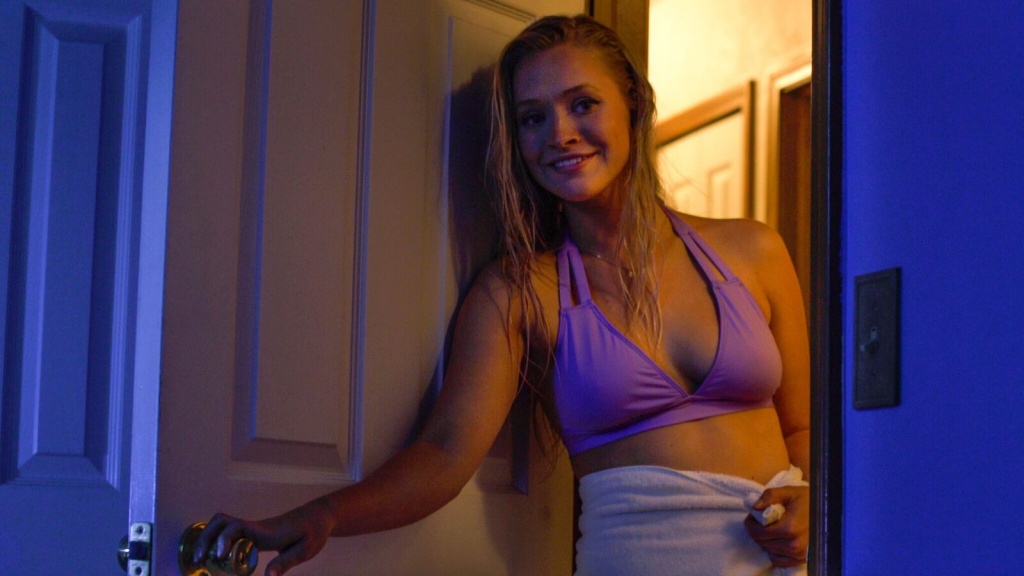 The sinister voice who picks up the phone instructs them to meet him at the next town, which is completely deserted. Somewhat rattled, but determined to get Jill’s phone back, our four idiots wait until nightfall to leave. Screenwriter Jeff Miller fails to grasp the absurdity of this situation. Who’s waiting around for hours in an abandoned town for a cell phone? And would it have killed Jill to back up her phone once in awhile?

Either way, the gang is greeted by the welcoming committee. Unfortunately, they’re a bunch of psychos dressed as clowns. These aren’t super clowns or mutant clowns, just regular guys dressed up in basement bargain clown wear. And even when two guys arrive to help, the four decide to cower and run instead of fighting back. Granted, there’s no movie if they fight early on, but it would have made more sense. 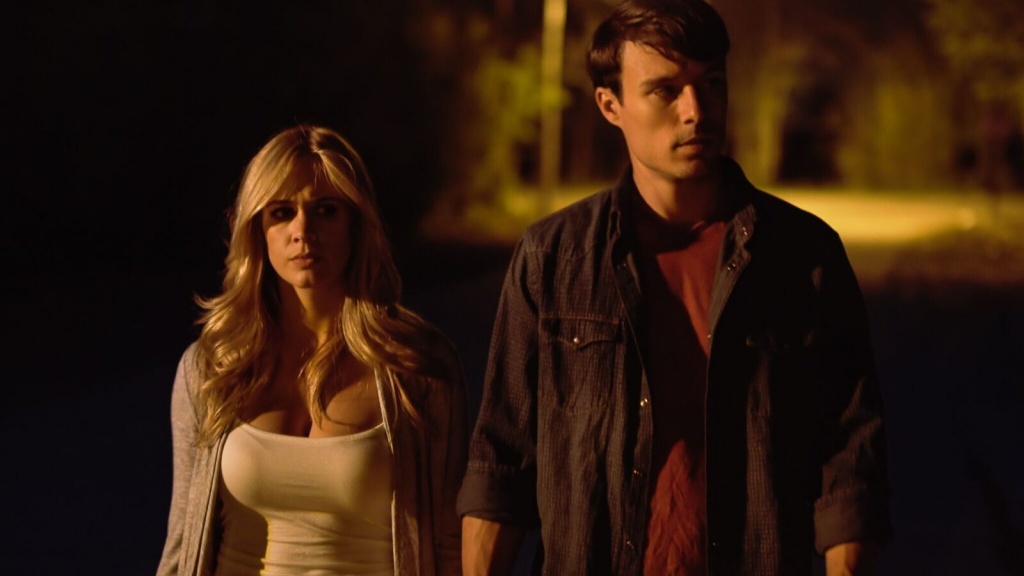 Director Tom Nagel (Brian’s brother) has some good ideas and stages a number of decent shots, but is content settling for jump scares. Not that they’re effective since Nagel telegraphs every instance a clown randomly appears. Nagel can’t work in any reasonable amount of suspense hoping the clowns will provide the scares. Even the death scenes are largely unsatisfying. The clowns may be crazy and creepy, but they’re strangely calm about their homicides.

There’s always a shortage of good common sense in horror films, but ClownTown takes it to the extreme. The characters act in impossibly stupid fashion seemingly for the sole purpose of getting killed. Even on a horror movie curve, the acting is pretty bad. That’s partly due to the script’s clunky dialogue. Quality acting isn’t essential for a horror movie, but the cast sounds like they’re reciting awful lines instead of staying in character. 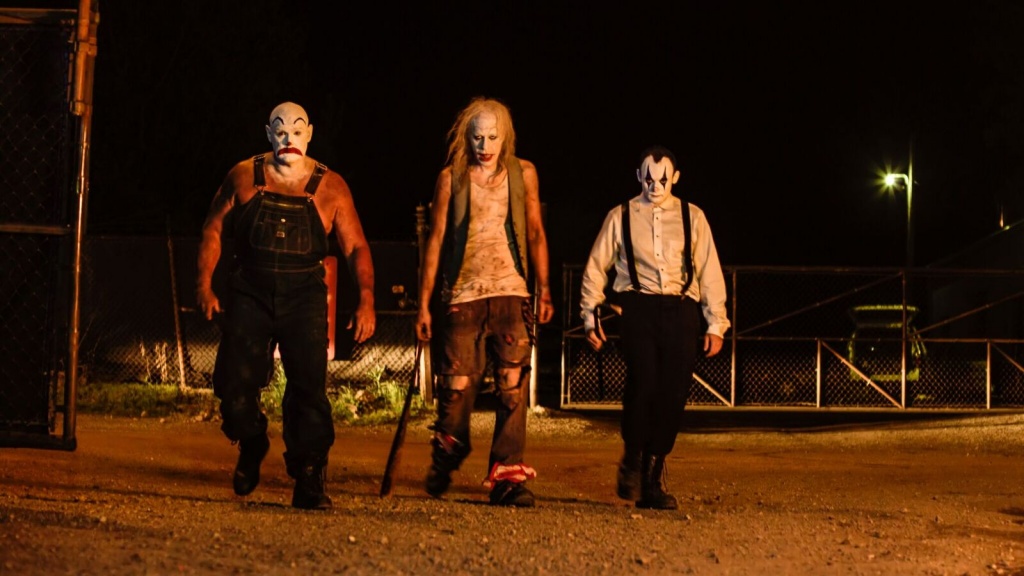 ClownTown has a killer premise. Psycho clowns terrorizing a town could be amazing if executed properly. That’s not the case here. It delivers unintentional laughs and eye rolls at a much more consistent pace than scares. Look elsewhere for Halloween movie marathon options. 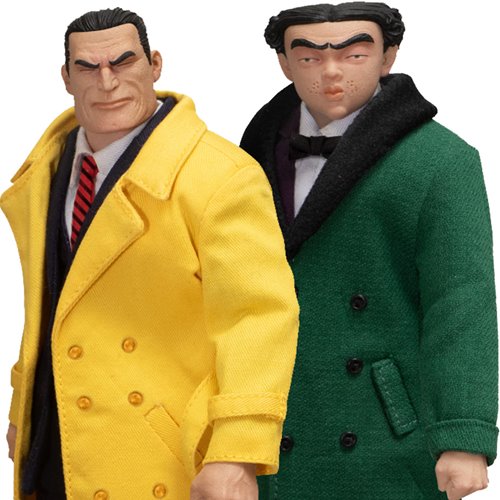