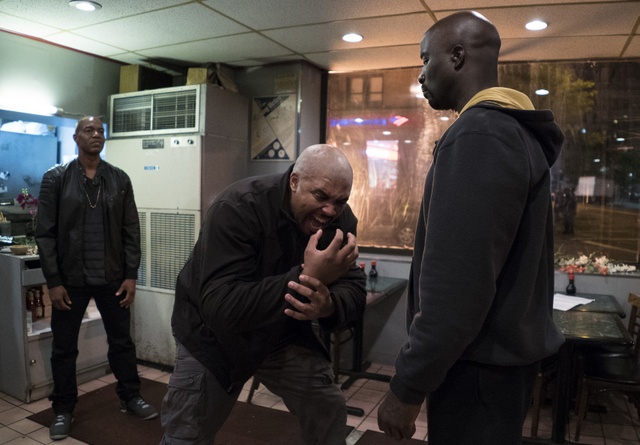 Seeing Falcon and War Machine flying around in the Avengers films has been great. Black Panther’s debut in Captain America: Civil War only whetted my appetite for the first significant blockbuster starring a black superhero. It’s fitting then that Luke Cage’s first episode was entitled Moment of Truth. This has been a long time coming, but it delivered exactly what I was hoping in its debut.

While seemingly every comic book character gets a TV series, it’s taken eight years into the comic book era for a black hero to headline a show. Not just being a pivotal member of the team like David Ramsey’s Diggle on Arrow or the surrogate father figure like Jesse L. Martin on The Flash. The guy.

Moment of Truth was a long time coming for black comic book fans. More importantly, it made good on delivering a black superhero experience and unapologetically embraces all the elements that makes it unique.

That’s evident right away with the opening scene taking place in a barber shop. In this scene alone, Luke Cage reveals a unique flavor unlike anything other comic show has come close to matching. Shop owner ‘Pops’ Hunter (Frankie Faison) is in the middle of a lively discussion about the Knicks, NBA and Instagram dudes. It’s a small scene, but show runner Cheo Hodari Coker establishes the series’ unique tone.

Cage (Mike Colter) is sweeping and other maintenance work. On the Knicks front, Cage fittingly was a fan of the Ewing/Oakle/Mason era. Pops knows he’s got abilities and jokingly throws out a few code names including Bulletproof and Power Man, the latter being an Easter Egg to Cage’s comic book alter ego. They both did time in prison and Pops is trying to help Cage look forward, not back.

Mike Colter pretty much stole the show in his appearances on Jessica Jones. He immediately proved to be another knockout Marvel casting choice as Luke Cage. He’s just as engaging in the main role. Regardless of the logistics, I’m hoping at least Colter and Daredevil’s Charlie Cox can pop up in Avengers: Infinity War.

Most of the episode is spent slowly rolling out the main players for the season. 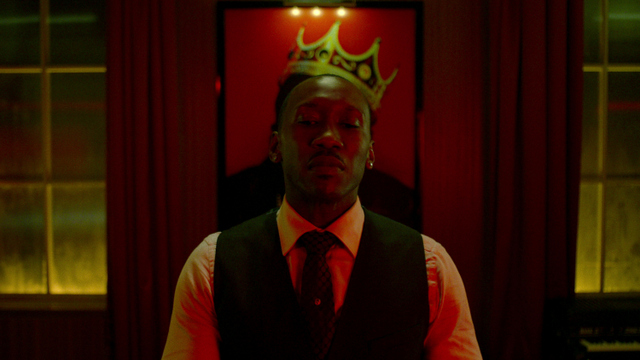 Mahershala Ali is electric as Cornell ‘Cottonmouth’ Stokes. Cornell isn’t your prototypical villain. He’s carved up a nice slice of Harlem and is relishing his hard-earned status as a mover and shaker. Cornell even has Raphael Saadiq perform at his club, Harlem’s Paradise.

His cousin, Councilwoman Mariah Dillard (a terrific Alfre Woodard) is well aware of his less than reputable dealings, but has dirt of her own. Dillard’s been dipping into government funds for her own initiatives. We don’t often see a cousin dynamic and that’s interesting as both are crooked and aware of each others’ flaws.

Cornell is celebrating a big win in selling Justin Hammer weapons to a Latino gang. Besides referencing one of my favorite lower-tier villains — Sam Rockwell’s Hammer from Iron Man 2 — this was a simple, but effective way to show the greater sense of connectivity in the Marvel Cinematic Universe.

Cornell is a multi-faceted villain. Ali brings a sense of cool we haven’t seen from the Netflix level adversaries. He has a framed painting of The Notorious B.I.G. in his office, plays the piano and smoothly delivers lines like ‘UPS ain’t the only brown that delivers.’

His best line is when his men catch one of the thieves that grabbed the weapons and the money. While interrogating him, Cornell says he’s not the type of man to hit a woman. As dangerous as Cornell is, a deadlier threat may be from Shades (Theo Rossi), the main goon from Cornell’s friendly rival Diamondback. Cornell isn’t the same character as the other Marvel Comics Cottonmouth, but I’m wondering if this is Marvel’s nod to the Serpent Society. Either way, the sight of Shades rattles Cage stemming from their stint together in prison. 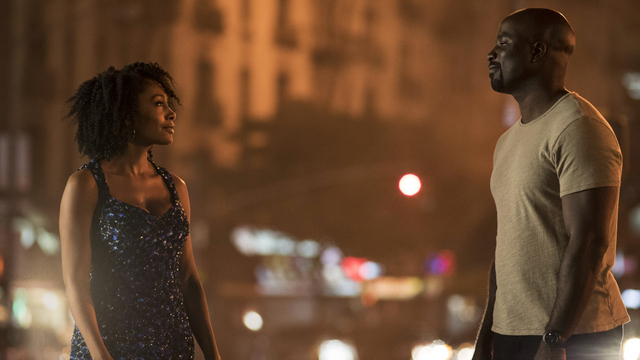 While working his other job as a busboy at Harlem’s Paradise, Cage encounters Misty Knight (Simone Missick). After some flirty banter, they go back to Cage’s place for ‘coffee.’ I’m not sure if I liked that decision considering Misty’s ties to Danny Rand aka Iron Fist, who’s next up on the Netflix lineup.

Cage and Iron Fist are best friends in the comic and Misty and Danny had one of the first significant interracial relationships in comic books. It’s not like Cage was lacking for female company even in this episode.

On the plus side, Misty isn’t just a random hookup. She’s a police detective investigating Cornell and the increasing body count from the weapons robbery. Cage might be a person of interest, but he’s busy saving his landlord from some of Cornell’s goons.

Realizing they’ll be back, the landlord wants to hire Cage as protection. He refuses as for now, he’s no hero for hire. It’ll be fun seeing how long it takes Cage to realize there’s a market for his particular talents.

Moment of Truth didn’t need to do more than set the table for the season. It accomplished that goal easily while showing this is going to be Marvel’s hippest, coolest and flavor-filled series yet.