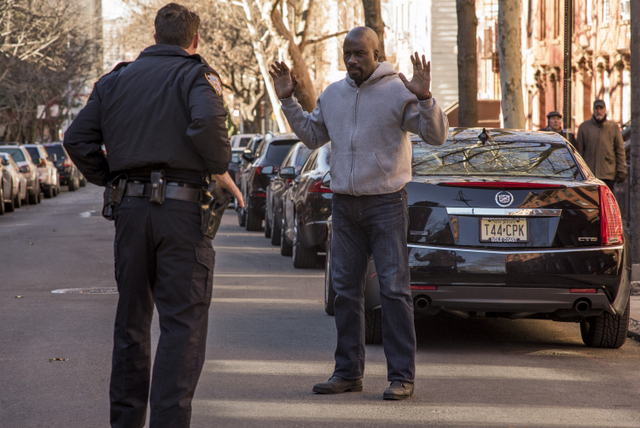 DWYCK was the episode needed at this point of the season. We’d gotten a few false starts regarding the show’s main villain and Diamondback’s actions justified the slow burn in his arrival.

Still wounded from the Judas bullets, Cage had a relatively quiet episode. I’ll never get tired of hearing Mike Colter say ‘Sweet Christmas.’ It’s just never gonna happen. Of course even with a somewhat diminished spotlight, Cage had the episode’s and possibly the season’s best moment in a ripped from the headlines scene.

It was immensely satisfying watching the police being completely ineffective in stopping a black man walking down the street. Their bullets flew off and he tossed one onto the windshield in plain sight of the dashboard camera. So often we’ve seen the opposite where the powerless black man is gunned down with little provocation. This was the ultimate wish fulfillment for those of us tired of seeing how little Black Lives Matter to people in positions of power.

The season’s second arc continues to evolve Claire beyond being the emergency doctor to the superhero set. Cage would have been short without her resourcefulness in tracking down Dr. Noah Burstein, the man whose experimental procedures originally gave Cage his powers.

I appreciate the effort in making the Judas bullet life-threatening to Cage. He’s had to endure a lot of pain and trouble, including a dip in an acid bath, to deal with it. Cage has continually shrugged off bullets all season and it was smart to give him some vulnerability.

As entertaining as Claire and Cage’s doctor encounter, Misty’s was even more riveting. Dr. Gabe Krasner’s evaluation to determine if Misty was fit to return to action was revealing. Working in lyrics from DWYCK was a nice touch. 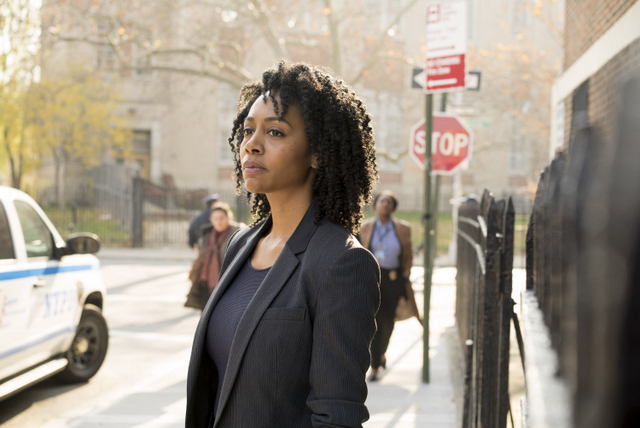 DWYCK cemented one thing — Simone Missick has given a legit starmaking performance. Watching her take Misty down this emotional journey of losing control might have been the series’ best acted scene.

Diamondback had an interesting debut as he just came off like a nutjob with a hard-on for destroying Cage. This episode we saw him more as a Heath Ledger version of Joker: cagey, unpredictable and oh so dangerous. It’s clear Shades was so invested in Cottonmouth and Mariah’s success.

Shades was willing to do whatever necessary to escape Diamondback’s shadow because Diamondback is crazy. And he has a nasty habit of shooting people for the slightest offense. It’s hard for a character to quote scripture without coming across like Samuel L. Jackson’s Jules Winnfield, but Erik LaRay Harvey pulled it off strongly with Diamondback. 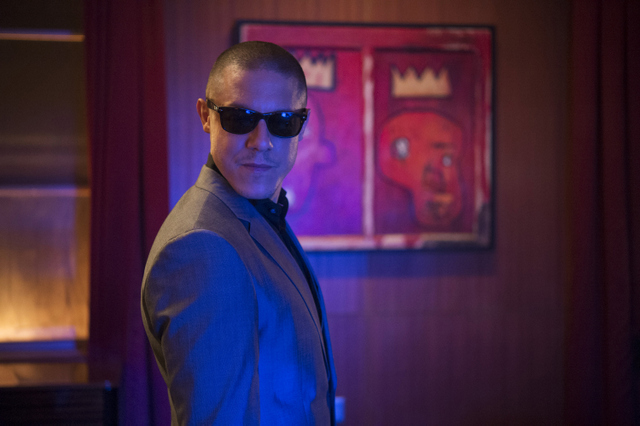 After crashing the meeting of the five (Harlem) families, Diamondback signed on with Mariah’s plan to sell the Judas as a superhero deterrent. I like this as far as villain schemes go. It’s not so far out of reach as to be impossible and could be attainable given the unease with the superhero population in the wake of the Sokovia Accords.

With DWYCK, Cage is sizzling literally and figuratively. The season has avoided a second half fall off. The tension remains thick and the stakes even higher with Cage fighting for his life and Diamondback’s emergence on the scene.