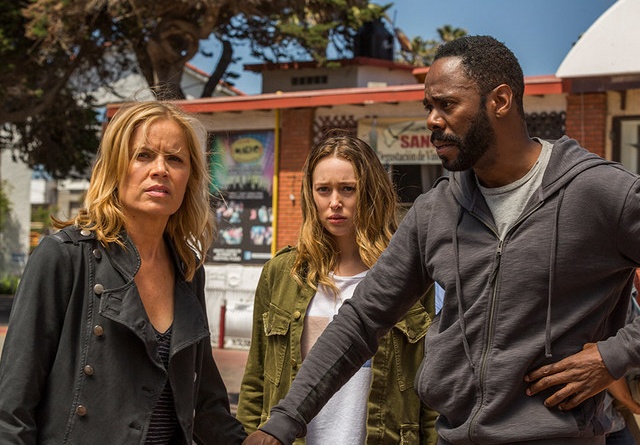 Fear the Walking Dead’s second season ended on a frustrating note. As North ended, my mindset was similar to the constant ‘you’ve gotta be kidding me’ expression on Alicia’s face. It’s all about Nick, Nick, Nick.

Madison proved she’s unfit to be a leader as well as a mother. She immediately tried to walk back her whole, if they hurt someone in the community they’re exiled once it was Travis doing the attacking. Strand again proved he’s all about the common sense when he told Madison he wasn’t leaving with them. It’s a hotel with hot showers, ice and a relatively well stocked bar. Plus, Strand is smart enough to know being the only non-family member of this clique will get him killed.

I wanted Oscar’s tragic death to mean something. This guy just caught in Travis’ wrath … and a door. It’s one of the worst deaths for a character who had some presence on either Walking Dead shows. His brother, Andreas, had a pretty awful death as well when Alicia stabbed him to save Travis from the hotel mob. But the writers never gave us a reason to think of the hotel crew as more than disposable red shirts anyway.

Travis and Madison are a combustible combination for everyone around them. They actually break down the gate keeping walkers from waltzing up to the hotel on their escape route. Their clueless attitude is maddening. Poor Alicia had to deal with Madison once again going rogue in an idiot plan to locate Nick. When Travis and Madison wandered around the compound, I was really pulling for Alicia to take the car and leave them. 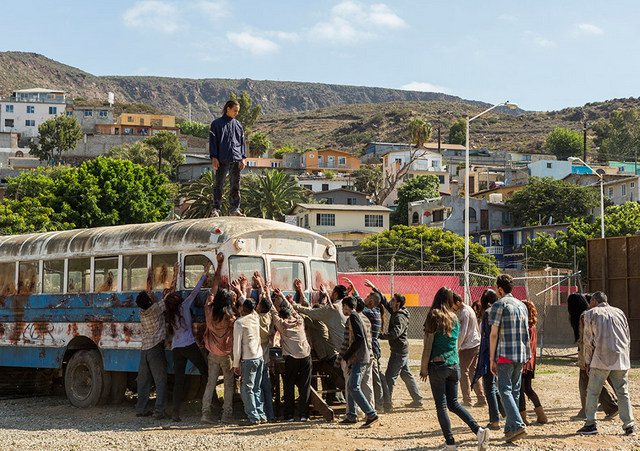 Considering Marco had control of a warehouse and a block, the compound didn’t seem worth the trouble. We’d never gotten the best sense of just how many walkers were hanging on the other side of the fence, but somehow it was enough to overwhelm Marco and his army.

Nick was leading Luciana and the others North, to a potential refugee camp complete with helicopter was located. Refugee camps didn’t exactly work out so well last season. I was a little annoyed at the awkward setup of the white guy helping these hapless minorities get to safety. Fortunately, the writers had more up their sleeve with the border patrol crew appearing out of nowhere. Some of the compound members were cut down, but Nick just gets knocked out. 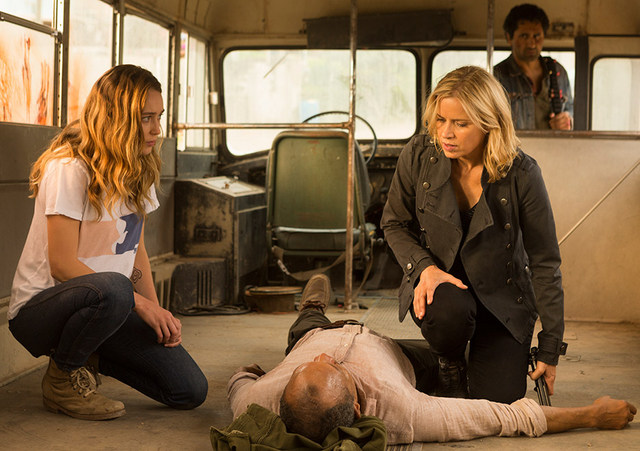 North fumbled the baton from Wrath’s solid kickoff to the season finale. Madison continues to make idiotic decisions that hurt everyone in her foolish pursuit of Nick. The season just never fully recovered once the gang left the boat. Too many boneheaded moves were essential to put the characters in bad situations. In this show, it’s not the walkers or evil people that’s the danger — it’s two parents continuing to put everyone in jeopardy for the sake of their family unit.

Over the course of the season the most interesting characters in Strand, Salazar and Nick left. Even Ofelia realized this was a going nowhere association. To make this third season stronger, the characters need more compelling goals than simply finding Nick. There’s just not enough to sustain the appropriate tension for characters that still need stronger motivations than a deadlier game of Where’s Waldo.