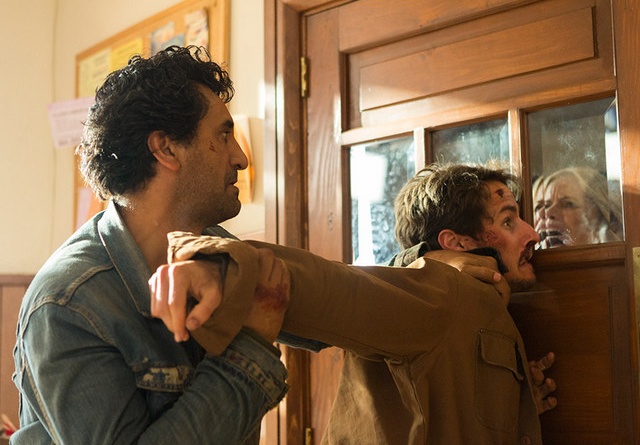 Looks like Travis has what it takes to survive this new world after all. Wrath finally showed what happens when a good man reaches his breaking point.

Of all the characters whose death resonates the least with me it was the Three Bro-migos. Travis gave them an epic, Negan-worthy pummeling after learning they casually shot Chris like a dog following an accident. The Bro Code still made little sense to me. The Bros seemed convinced killing their wounded pals was necessary yet they did it in such a merciless way that it’s hard to find their actions altruistic.

For the grief he’d caused the main cast, Chris’ death was pretty anticlimactic. It wasn’t a heroic death or the satisfying ending the show’s bratty, emo character deserved. Luckily, Travis can continue beating himself up for failing to teach Chris how to drive. You’ve gotta wonder how he’ll fare under Madison’s edict of not assaulting anyone in the hotel. While few will mourn the Bros representing the ugly privileged America contingent, but clocking Oscar with the door isn’t going to earn Travis any favor.

I wish the writers bothered to do more with Ofelia until her flashback episode. It’s hard to be invested in a character who for the better part of two seasons was a non-factor. It was a little weird that even in the walker-infested world there’s still some ‘patriots’ willing to work border patrol. 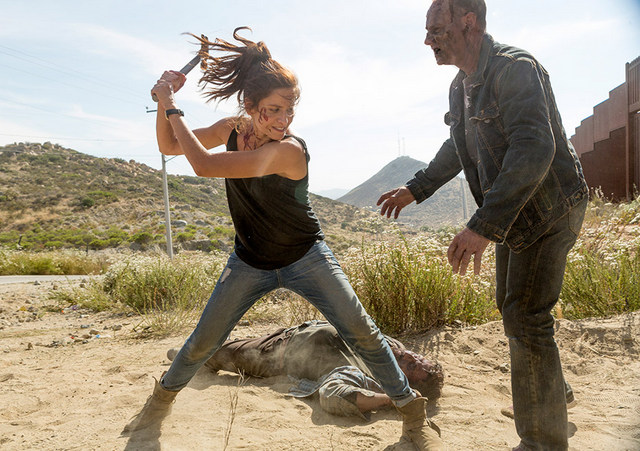 Nick’s story line made some solid progress. While his trade deal with Marco proved a non-starter, he did get Alejandro to fess up to being a fraud to Luciana. Nick’s sudden clairvoyance for the man just a few episodes ago he was quick to pledge allegiance to was way too abrupt. And what the heck was Nick taking from his trailer? He’d been there a few weeks, but he was packing up like he’d been there for years.

Keeping deathly sick people around proved a bad strategy as a patient died and went on a chomping spree. First, Alejandro’s arm, a patient’s nose and then the nurse’s finger. Nick stabbing the walker through his eyes with his fingers might get the award for most disgusting walker death yet. 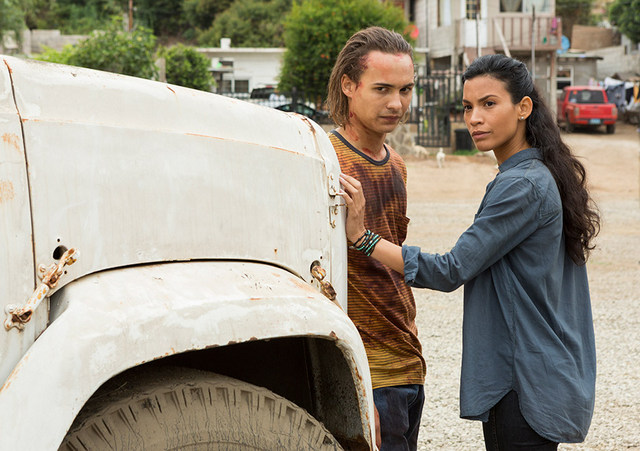 While Alejandro is a fraud, Luciana decided she’s sticking around even with Marco’s gang planning a hostile takeover. The compound is fairly indefensible and there’s hardly enough weapons or people to hold off Marco’s army. Despite common sense telling him to leave, you’ve gotta figure Nick will stick around until the bitter end.

Travis’ big moment was the main highlight of the episode leading to what potentially could be a very strong season finale.