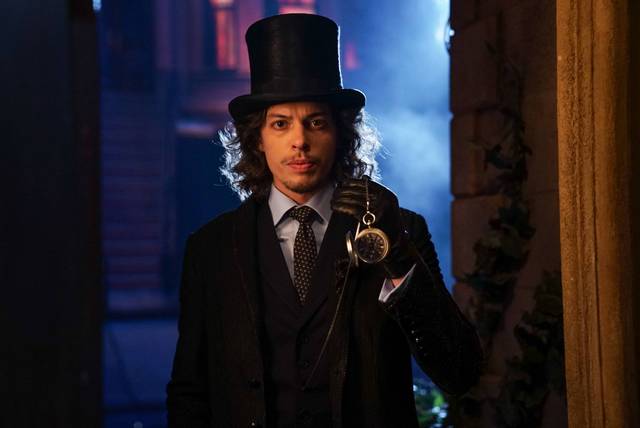 There were some shaky moments, but Look Into My Eyes was another strong episode to continue Gotham’s hot streak rolling.

The main storyline this week was Jervis Tetch (Benedict Samuel, The Walking Dead) arriving in Gotham. Of the various changes to Batman’s Rogue Gallery, Mad Hatter’s might be the most egregious. Tetch is a twerpy, creepy dude that looks like the guy hovering around the women’s bathroom. Gotham’s version looks like he should be fronting a hair band and being Johnny Depp’s younger stunt double.

I don’t get the switch up with his mind control. Gotham is hardly a show that’s afraid to let its freak flag fly so a weirdo using mind-controlling hats wouldn’t exactly be out of place. Mad Hatter simply being a hypnotist kind of misses the mark of what makes him unique. At least there was some fun when Tetch’s hypnotism shtick almost got him shanked by Barbara. 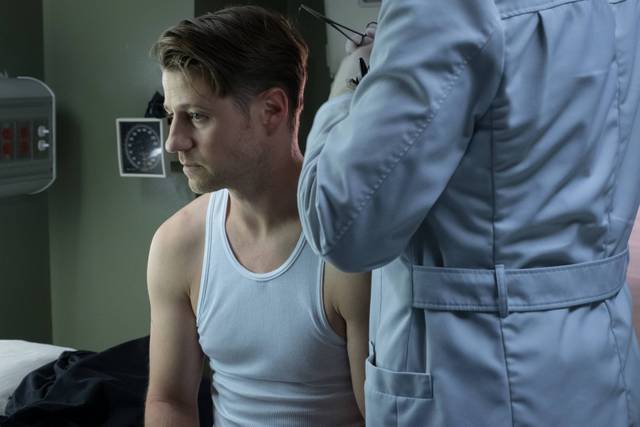 Gordon is really milking this scoundrel bounty hunter shtick. This is a far more natural fit for Gotham’s most reckless member of the force. And I dug how he wasn’t interested in helping Tetch find his missing sister, Alice (Naian Gonzalez Norvind) until Tetch brought out a huge wad of cash.

Subtlety remains a lost art on Gotham. The writers have no restraint and almost immediately had Gordon meet Lee’s fiance (Adam Griffith) after she mentioned he was a doctor. It was far more interesting that her fiance is Mario Falcone, the son of Gotham’s former don who made a surprise appearance this week. John Dorman classed up the show a lot the first season and I’m hoping he’ll be a semi-regular again.

Alice’s crazy rage virus poison abilities are intriguing. But man, Gordon has to be the biggest ingrate for trying to collect the bounty on her after she saved him from face planting off a building’s rooftop. 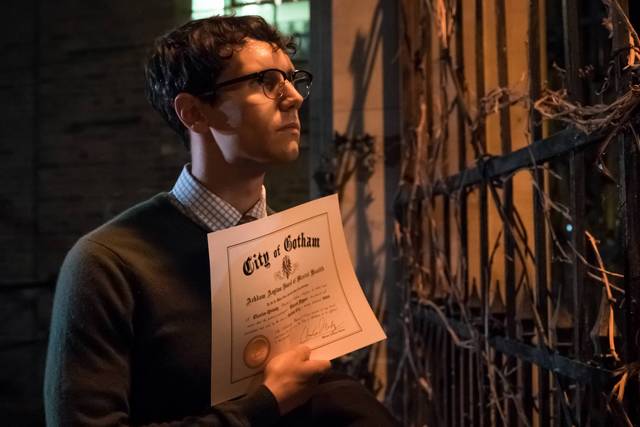 Penguin running for mayor immediately showed potential. While the initial confrontation with shady former mayor Aubrey James was hammy, the rest of the scenes were money. The restaurant scene in particular was tremendous with James thinking he outmaneuvered Penguin only to see his new political rival has his bases covered.

I like the subtle homage to the Batman Returns arc for Cobblepot though I’m likely to be disappointed without the clown circus and giant duck cars. Penguin didn’t feel like waiting in abusing his power and got his pal Riddler sprung from Arkham. Cory Michael Smith didn’t have a lot to do this episode, but his exchange with the warden was pretty hilarious. 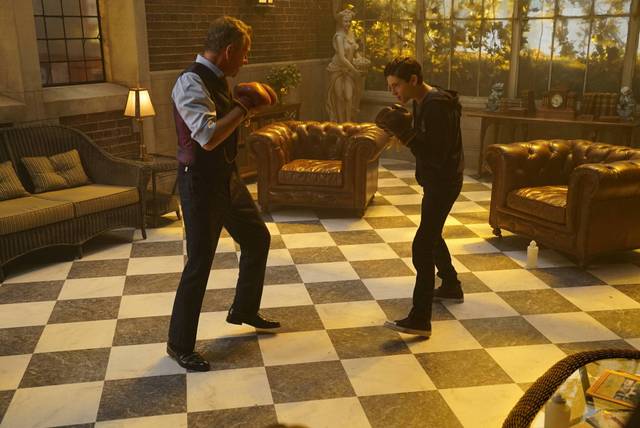 The Bizarro Bruce subplot isn’t doing a lot for me. His obsession with Selina is weird. Bruce let him stay in his posh mansion with boxing butler and Faux Bruce decided to leave to help Selina look for Ivy? On the other hand, Bruce was the worst friend ever for not sparing some time to help Selina.

Look Into My Eyes had some really great moments with just the right amount of quirky humor and logical purpose for Gordon. While The Prince and the Pauper is goofy, the rest of the episode delivered.