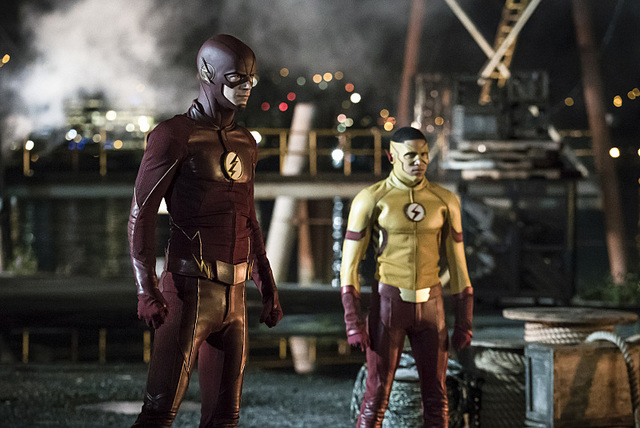 Poor Barry. One of these days he’s going to learn screwing with time travel is never a good option. Flashpoint was an enjoyable kickoff to Season 3 and a quick reminder how much I’d missed these Tuesdays with Barry.

Given all the grief he’d endured the past two years, it wasn’t hard to blame Barry for putting himself first for a change. And how could anyone be upset with the guy for wanting to save his mother from getting killed?

Initially, this remixed Flashpoint world was just fine. Barry spent a solid three months hanging with his folks and lightly stalking Iris before asking her out. The show is borrowing some elements of the Wally West/Linda Park dynamic from the comic books as Iris immediately recognized Barry should be in her life.

There were more significant changes though. Wally was operating as Flash, but stuck with the Kid Flash tag thanks to his age. That was a fun running (no pun intended) joke throughout the episode. Wally kept getting stalemated in a speedster conflict with The Rival (Todd Lasance). The show took a different approach with Rival than the comics where he was essentially Jay Garrick’s version of Reverse Flash. 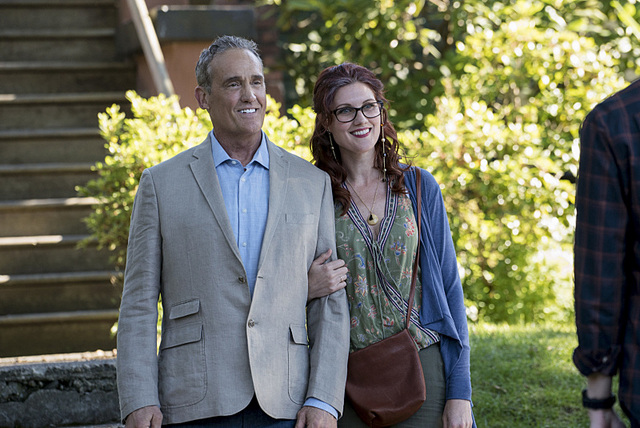 His Team Flash solely consisted of Iris, with the occasional tech assist from Cisco, who’d become a billionaire tech genius. Caitlin was a pediatric ophthalmologist while Joe was a barely functional drunk.

As usual the cast delivered brilliantly with the twist on their characters. The Flash has done a solid job of giving the cast opportunities to play around with their characters. Of the group, Cisco was the most fun because Carlos Valdes always takes these scenarios and runs with them.

Barry was oblivious to what had become of his friends. He was making up for lost time with his folks. More surprising though was the reveal that Barry borrowed a page from Zoom’s playbook and was keeping Reverse Flash locked up in a tiny cell. This was a very interesting twist that gave some credence to Reverse Flash’s implication that Barry was the villain here. 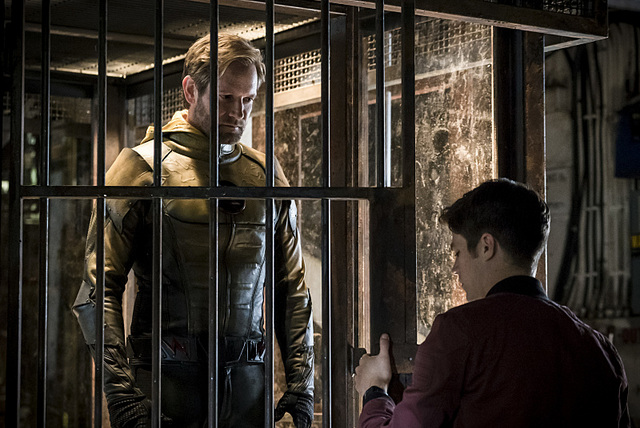 Even in captivity Matt Letscher gave Reverse Flash a smug overbearing confidence. A lot of the CW villains have these layers to help explain their character flaws, but Reverse Flash is just a straight up bad guy. He clued Barry in that every time he used his speed he was losing more of his core memories. And the only way to fix it would be for Reverse Flash to kill Barry’s mother.

The trickiest part of adapting Flashpoint into one corner of the CW DC TV universe was a fairly limited scope of repercussions. Even if it couldn’t cross over into the other shows, it would have been fun to see some similarities from the source material. Maybe Green Arrow and A.T.O.M. in a blood feud over Felicity’s death; Tommy Merlyn could be the Dark Archer, Sara ruling the League of Assassins with Nyssa and a mysterious flying girl with immense power.

Instead, Flashpoint was a self-contained major event condensed into one episode. That was mildly disappointing, largely because it could have been an easy out to fix problems in the CW TV-verse (pssst Arrow).

Despite those limitations, this was a terrific episode. Watching The Flash is a complete emotional cycle. There’s laughs, straight up geek out excitement like the first Flash and Kid Flash team up and those heart tugging moments like Joe fearing Wally was dying. The show continues to deliver like none of its peers in that regard.

Barry finally coming to terms that Reverse Flash was right was a strong scene. Grant Gustin delivered strongly in final act as Barry introduces the love of his life to his mother in a moment he might not even remember to tearfully asking RF to kill his mother. 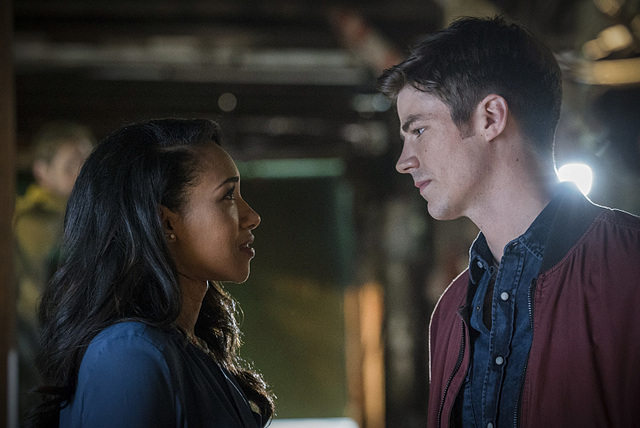 And when he returns to the ‘correct’ timeline, Barry realizes it’s still screwy. Now Iris and Joe aren’t on speaking terms. I like that the show refuses to let Barry off easily whenever he tries to alter the timeline. There needs to be major repercussions and he can’t fix everything just by going fast.

I’m hoping the Alchemy message indicates he’ll be the big bad for Season 3. Reverse Flash was great as Flash’s opposite and Zoom found a way to bring something different to the table. A third season headlined by a speedster might be too much.

Flashpoint got Season 3 rolling right out the gate. Until it gets dethroned, it still is the top dog on the superhero TV front and this episode showed dethroning it won’t be easy.