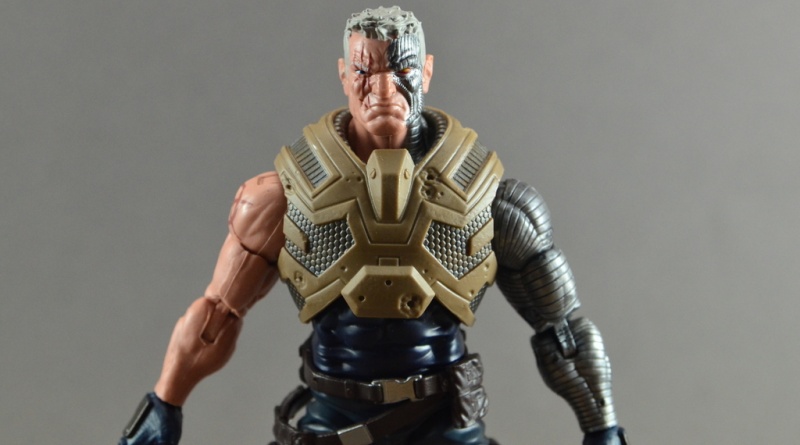 Hasbro is keeping the hits coming with the X-Men Marvel Legends wave. Out of all the characters included, Cable was the one I was probably least excited about. After opening him up, Nathan Summers is probably my surprise figure of the set. Funny how quality execution will change my opinion on a figure.

Packaging:  This is your regular Marvel Legends packaging with the dominant black and an accent color. The X-Men get a gold accent, which I really like.

I remain a big fan of the side panel drawing. As usual, I’d love to see a bit more information on the bio.

Likeness: This is Cable based on his X Sanction look. Initially, I was kinda hoping for more of a classic, New Mutants first appearance attire. In hand, this more recent look covers the essential elements of Cable — minus 300 pouches. It also helps that the sculpting details are superb.

In a sea of different look mutants, Cable always stands out thanks to his Techno-Organic arm and half of his face. Those segments are well implemented and Cable has a great ‘you don’t wanna screw with me’ expression. 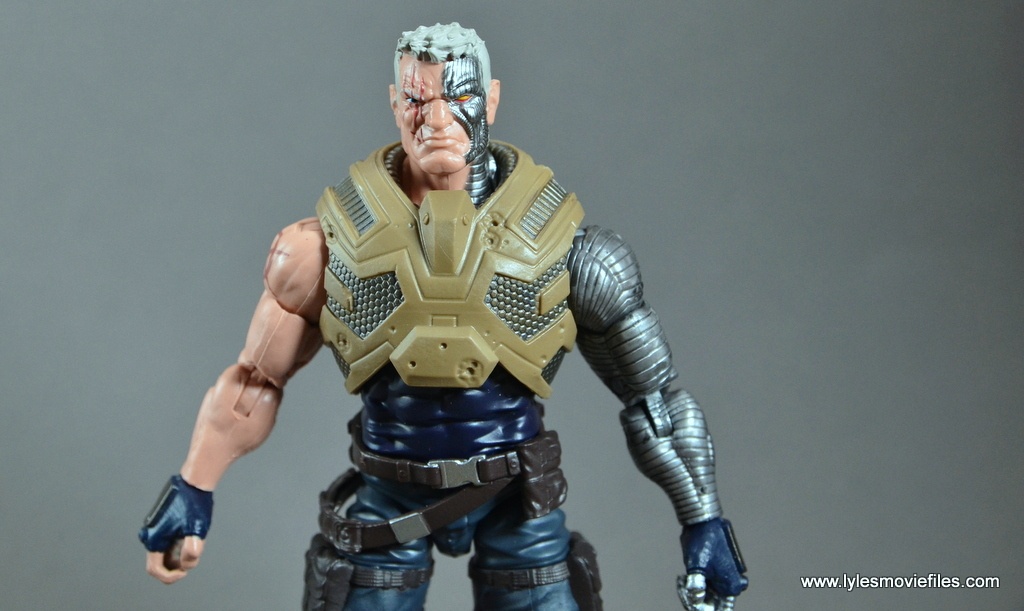 The belts have good detail and the armor pads, particularly the chest piece, look great. The chest piece even has a few bullet holes to show it’s seen some action. 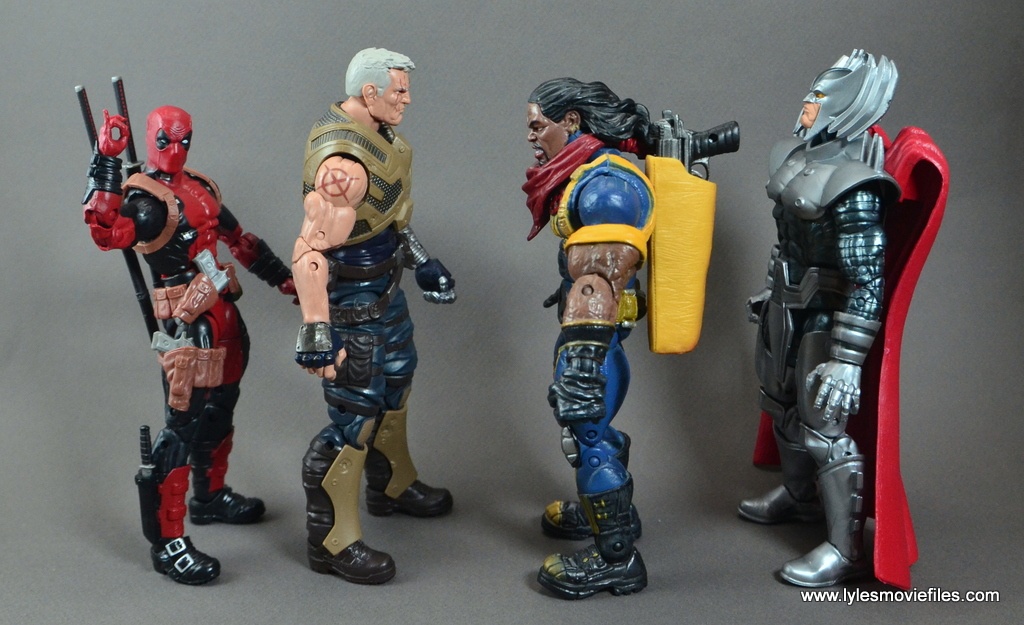 Scale: Cable is on a taller buck so he’ll be one of the taller Legend figures in your collection. That is especially noticeable with some of the older Toy Biz X-Men figures, including Bishop, who towered over most of that line.

That’s more due to a slight bump in the scale rather than Cable being terribly out of scale as he fits right in with the more recent figures.

Paint: If there’s one category that hurts Cable, it’s the paint. What is there is solid and applied nice and clean. It’s more that there should be more of it, specifically in regards to washes around his brown armor pieces. They look way too clean. The metallic parts do get a nice black wash to further bring out the details. 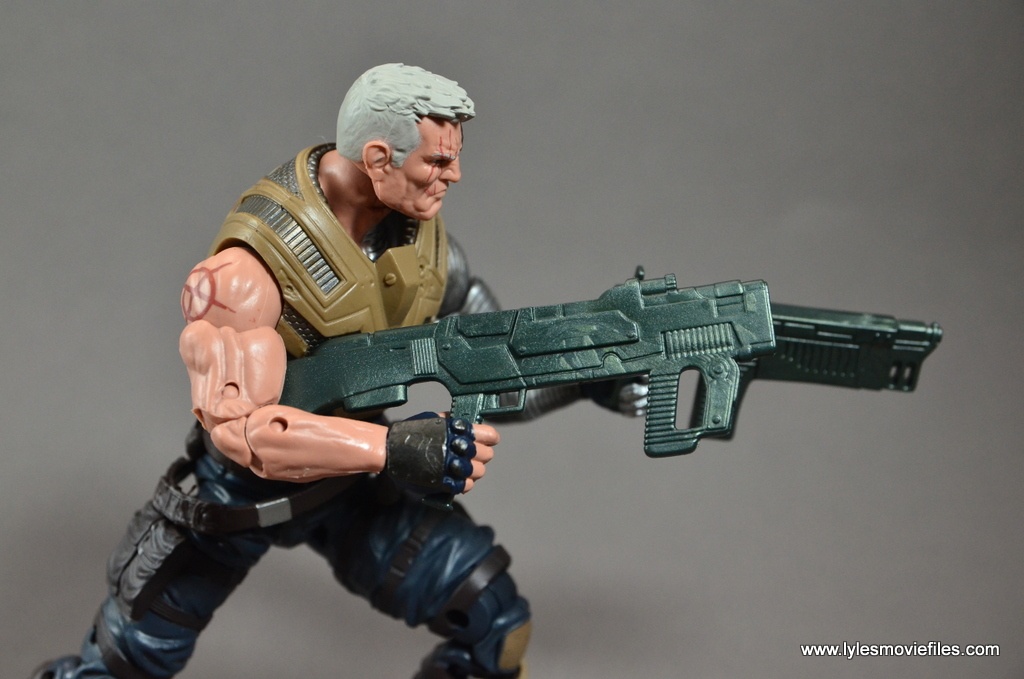 Articulation: Despite his size and the initial bulky look of the vest, Cable moves smoothly. I was somewhat surprised how easily he could be posed. That’s due to Hasbro making the vest a shell over the regular body without hindering any articulation. 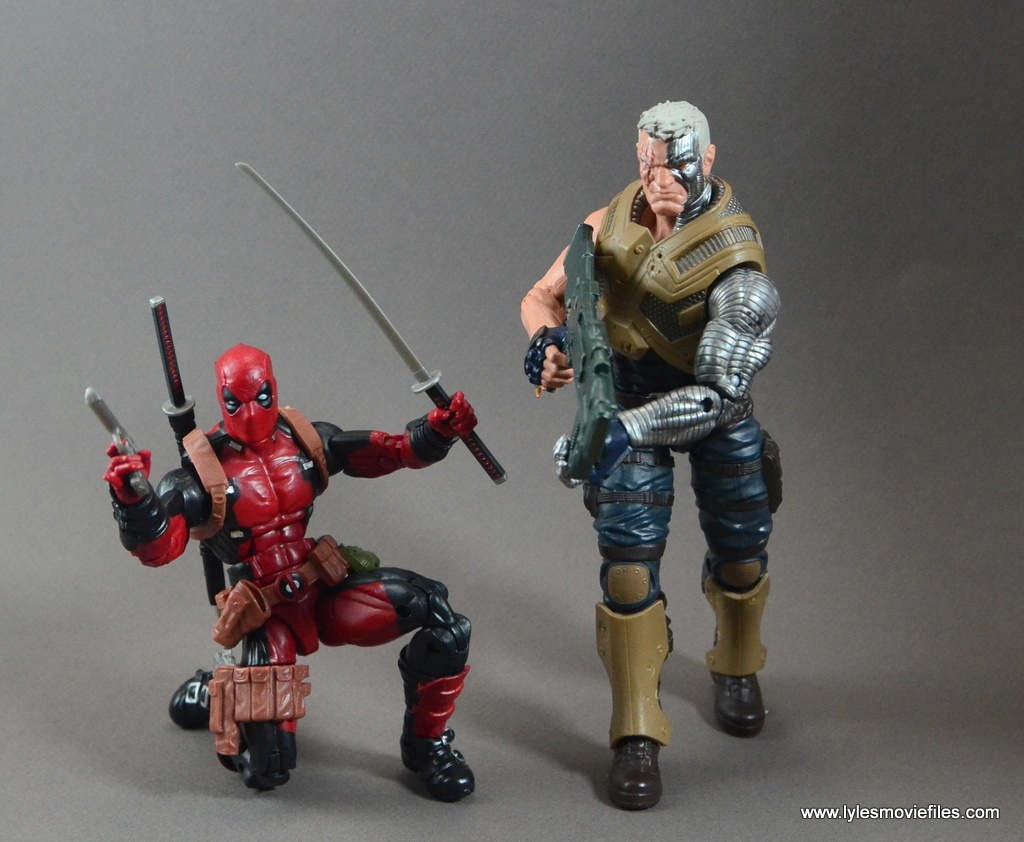 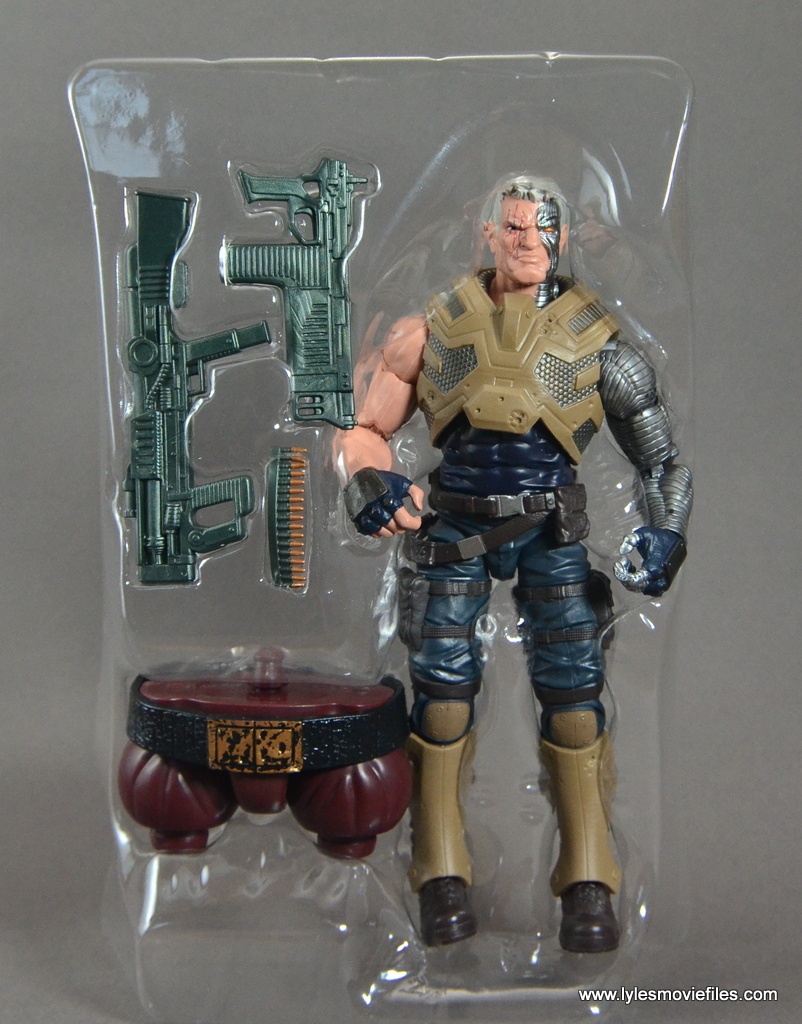 Accessories: Cable is infamous for his supply of comically oversized guns. The figure has more standard size guns, which I’m assuming is to allow for greater reuse possibilities in the future.

Cable actually had a deluxe sized gun in X-Sanction so that was slightly disappointing. The two guns he comes with are pretty nice though with good detailing. The guns don’t have much of a wash and look too much like toys. The larger gun has a hole in the underbelly where you can stick the ammo clip in a nice added touch.

Cable also comes with the torso for the Build-a-Figure Juggernaut. And that’s a piece you’ll definitely need. Be careful not to lose the belt as it can slide off easily if you’re not paying attention. 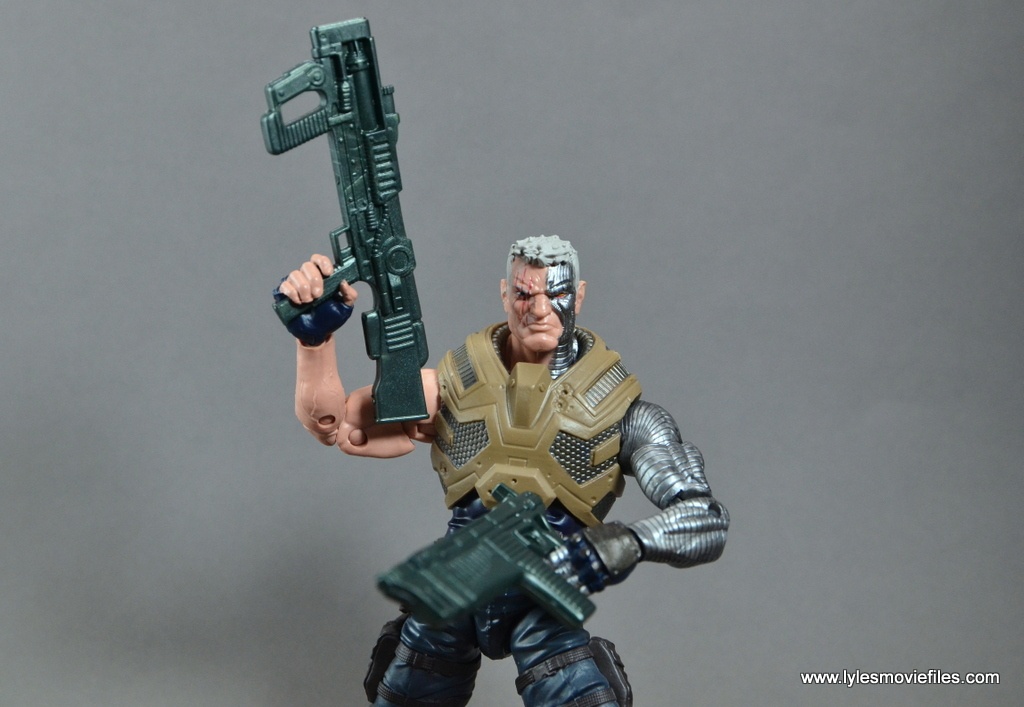 Worth it? Cable has hovered around $15 to $18. That’s an outstanding price for such a solid figure. This wave was packed with standouts, but Cable holds his own especially if you’re looking for a modern take on the character. With some more paint applications and an obnoxious gun, Cable very well could have been the wave’s best figure. But in this instance, just being a contender is good enough. 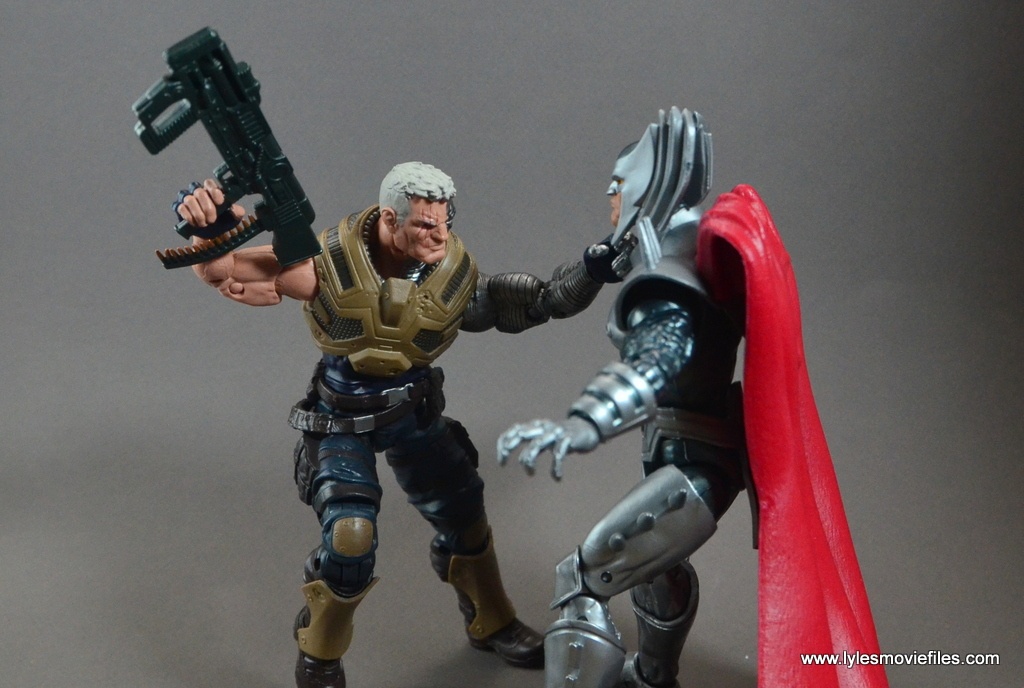 Where to get it? Cable is currently being neglected so he’s a fairly easy find. Toys R Us, Target, Gamestop and Walgreens all have the line in stock and he shouldn’t be hard to track down. If you prefer to avoid the hunt, grab him at Amazon.com. 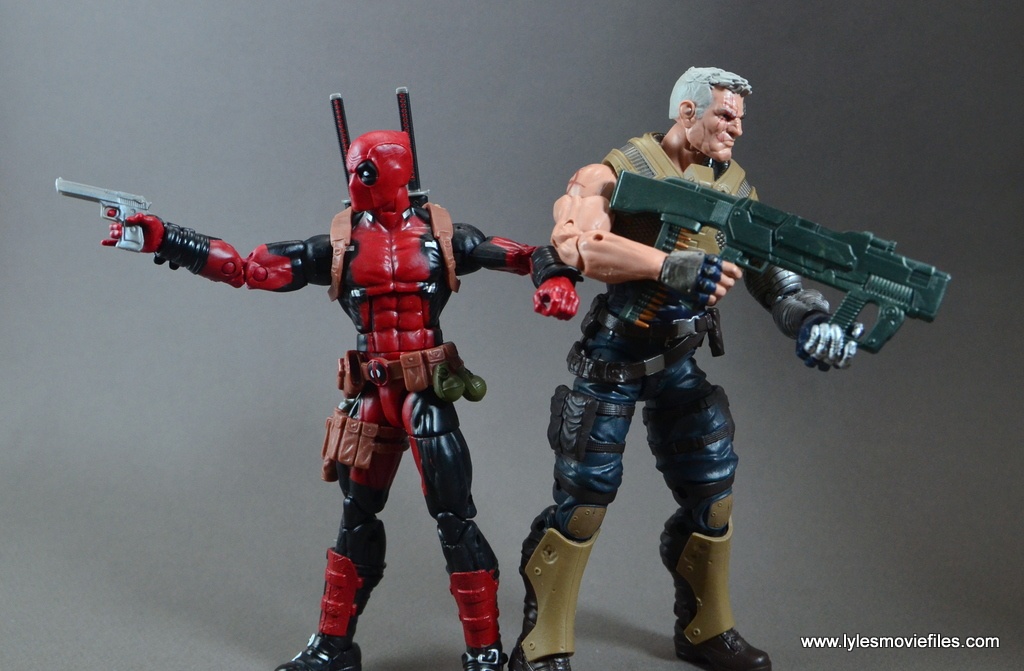 I’ve done a lot of Marvel Legends lately.  I recently reviewed Havok and the X-Men series Rogue, but other ML reviews include Spider-Woman, Nuke, Stryfe, Hellcat and the Guardians of the Galaxy box set.

To check out all of my figure reviews, be sure to visit the main page.