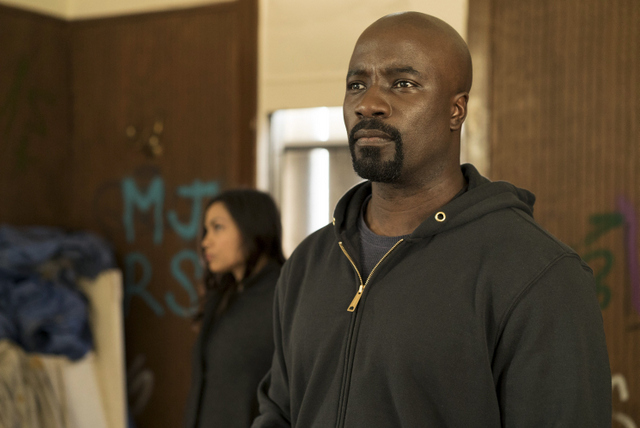 Take it Personal may as well have been entitled Revelations. While that’s not keeping with the Gang Starr song title theme, it made for an explosive and great episode.

I really liked how the show runners ensured the threat of a Judas bullet hitting Cage means something. Cage and Claire had to go through some major hoops to heal him. There wasn’t a chance Cage was going to get killed, but the hard to replicate healing process makes Judas hardware a viable problem whenever it’s utilized.

Diamondback continued to fit comfortably in the throne of the season’s real threat. He’s got the most attainable end game plan of all the Netflix Marvel villains. Diamondback wants to tear Cage’s life down and will use anything at his disposal to accomplish that goal from power gloves to siccing Mariah on Cage.

Alfre Woodard makes Mariah’s transformation from witness to crime to active participant fascinating. Woodard’s been so good in the role it’s easy to see why Mariah is able to manipulate the masses into buying Diamondback’s agenda. And I’m not sure if anyone but Woodard could have so elegantly worked in the subtle Black Lives Matter analogy in the context of this superhero show. 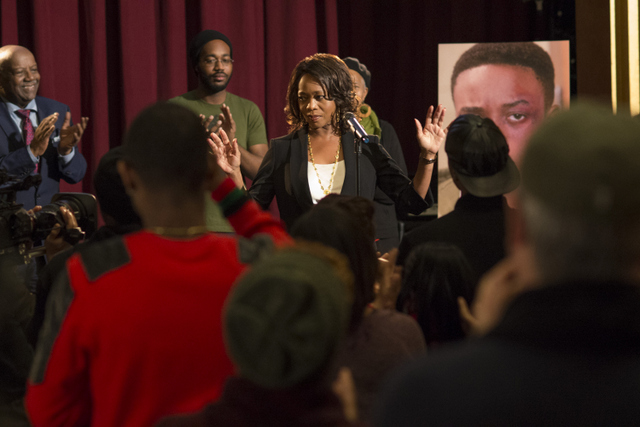 The show isn’t shying away from the current headlines as recently shown with the dashboard camera incident. Take it Personal went further showing the fall-out from police violence.

For Diamondback, all of his actions have been personal. Cage finally pieces together that his father was hooking up with his secretary Doris Stryker. Cage had a nice line of his father hating the idea of Diamondback  — a living testimony to his failure as a husband. As far as villain motivation goes, that’s solid.

Cage learning the truth about Reva was a significant moment. Seeing that Reva was straight up lying about her involvement in the experiments was a nice surprise. Cage had been weighed down tightly clutching to the idea of Reva as the life-affirming person and now she was revealed as a fraud.

Parisa Fitz-Henley did a great job showing this deceitful, analytical side of Reva who just saw Cage as another sucker. It does beg the question if Reva eventually did grow to love Cage or if it was just an extended con. This reveal should take him down an interesting emotional path and potentially open up more avenues for Cage to go in Season 2.

If nothing else, it frees him up to truly be invested in another relationship. Thankfully, the writers didn’t try to force Claire into that void. Their platonic partnership is more than enough and this leaves the door open for a Luke and Jessica Jones reconciliation.

It was fitting the big showdown occurred in Harlem’s Paradise. All the various players were there — except for the noticeably absent Shades — and Misty was the one who immediately went after Diamondback. I was glad Misty ignored the Mariah smokescreen and focused on the real power. Misty taking gunshots to her right arm seemed like a clever Easter Egg for fans hoping she’ll don a bionic arm by the end of the season.

Cage bailed her out before she was gunned down, but the two aren’t in the best predicament by the episode’s conclusion. This is another one that will be hard not to just immediately advance to the next episode.