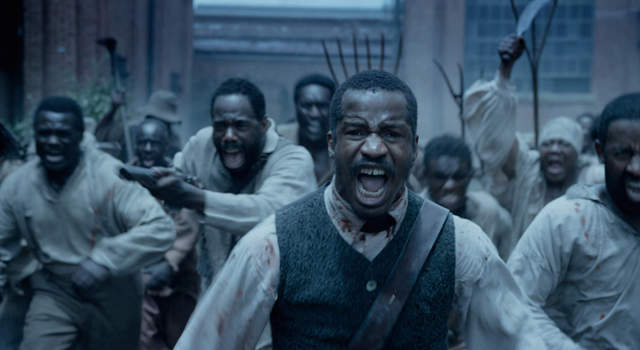 The Birth of a Nation is not a perfect movie, but it’s the perfect film for this precise moment in history.

Nation explores the life of Nat Turner (Nate Parker, Beyond the Lights), a literate slave who leads a revolt to mark the end of slavery and the dawn of true freedom.

From a traditional narrative arc, Turner’s story isn’t a long one. There’s not a series of victories and hard-won battles. Turner’s revolt lasts a brief 48-hours with a quick and decisive ending.

This isn’t the typical Hollywood production where the good guys endure immense hardship only to emerge victorious in the end. And it’s likely to leave audiences sad, frustrated, angry and otherwise exhausted. Nation isn’t an enjoyable experience, but it’s a necessary one.

As a boy, Turner learns to read and is encouraged by his slave owner’s wife, Elizabeth (Penelope Ann Miller). While well-meaning, Elizabeth is as tainted as other slave owners. For Elizabeth, Nat’s ability to read makes him a pleasant showpiece — the culmination of her hard work. 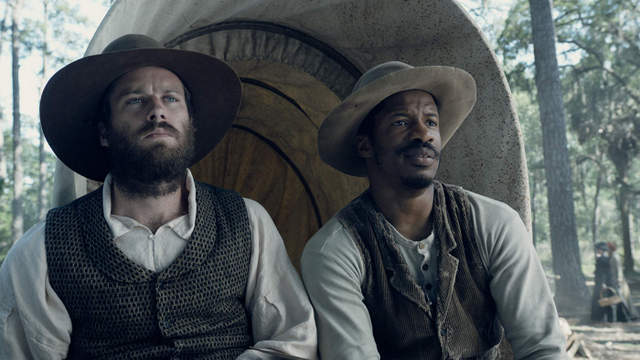 Likewise, her adult son, Samuel (Armie Hammer, The Man From U.N.C.L.E.), trots Nat around like a new car showing him off to other plantation owners. Nat’s sermons are used to keep slaves on nearby plantations in line.

Nation marks Parker’s first turn behind the camera as either director or screenwriter. As far as debuts go, this is a very strong initial outing. Perhaps the most exciting aspect of the film is the potential Parker exhibits as a filmmaker. If he continues cultivating his scripting and pacing, he could become a revered filmmaker over the next decade.

Parker shows some flashes of brilliance particularly in framing the scenes. Nation’s imagery is powerful and haunting. Cinematographer Elliot Davis captures the beauty and ugliness of the South such as the lush Weeping Willow’s adorned with slaves hanging from their branches. Henry Jackson’s score is a subtle and forceful accompaniment to Turner’s journey.

Some of the scenes don’t transition too smoothly from one to the next and at times, Parker needed to advance the story or spend more time developing the supporting characters like Turner’s wife, Cherry (Aja Naomi King) or his mother, Nancy (Aunjanue Ellis). 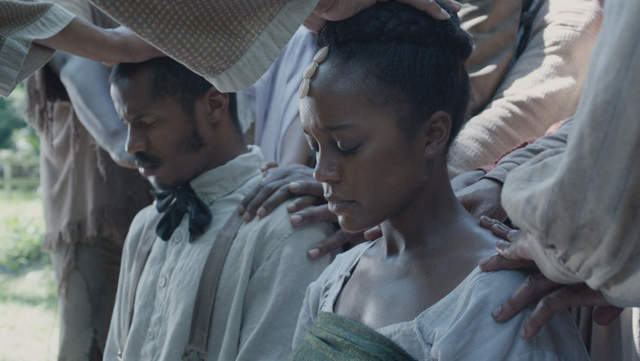 In regards to the controversy surrounding Parker’s past as a questionable means to discount the film’s message, Woody Allen and Roman Polanski projects don’t require an asterisk and neither does Nation.

Faith played a major role in Turner’s life and Parker does a commendable job navigating the potentially tricky subject.  At its core, slavery is the embodiment of evil. Slave owners selectively used scripture to justify their actions while slaves cited scripture in hope that one day they would be delivered from this injustice. It’s a fascinating dichotomy and where the film is at its best.

Parker continues to evolve as an actor. He’s stood out since his first major role in The Great Debaters, but this is his finest on-camera moment. With the focus on Turner, there’s not a lot of viable moments for the supporting cast to shine. Colman Domingo (Fear the Walking Dead) and Gabrielle Union have a moving scene as a husband and wife humiliated in the most unimaginable manner possible.

Nation’s strongest scene finds Turner preaching of hope and good news, but sees little reason for hope in the broken and beaten faces staring back at him. The slave owners want him to smile, play his role and ignore the atrocities around him while they pass the money around. It’s a sadly appropriate analogy for NFL players in the wake of Colin Kaepernick’s protest. Even more so when the house servant Isaiah (Roger Guenveur Smith) implores Turner to just go along.

From the sight of a runaway slave whose head was partially shot off to a slave owner chipping out a slave’s teeth to the rampant casual rapes, the scenes evoke emotion. I overheard audience members at the screening I attended saying they couldn’t take much more. Others recoiled in horror or fought through tears. Perhaps these scenes of slave brutality goes on too long, but it’s a important in showing how long it took Turner to reach his limit. 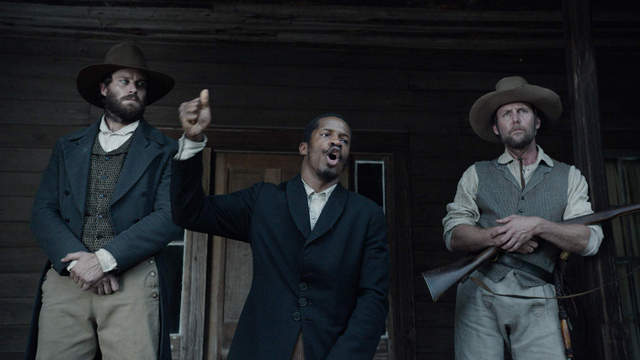 It makes Turner’s revolt cathartic in a certain sense. So often in slave era films there’s little sense of satisfaction that the villains don’t face justice. They brutalize, torture and kill black people just because they have the power and established system to do so.

The scariest aspect of the film is how decades removed from the film’s setting, the news seemingly daily tells the same tale. In Nation, for the briefest of moments there’s some sense of vindication.

Turner’s story didn’t have a ‘happy ending.’ Many would argue that for black Americans that chapter has yet to be written. It’s telling then that the final scene of the film are black men fighting for their freedom. It’s an enduring struggle even now. Parker makes it clear there’s still many more battles to fight in the quest for freedom.