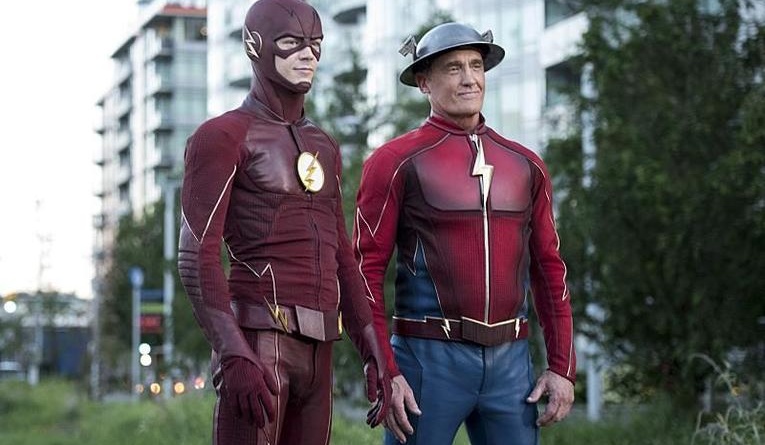 I’ve been a big fan of the consequences Barry endures every time he tries to fix things via time travel. Paradox was an important step for The Flash as he finally learned that life as a superhero can’t include do-overs.

And how fitting was it to have Jay Garrick be the one to slap some speedster sense into Barry? John Wesley Shipp only had a quickie appearance as the real Jay in the Season 2 finale. Paradox provided a glimpse of how the Jay/Barry dynamic could work and not feel like a father/son relationship.

As enjoyable as the Barry/Henry Allen segments were, there’s just something magical about watching Jay Garrick giving Barry Allen speedster advice on prime time TV. And even though it was just for a moment, seeing the two Flashes in costume was special. Hopefully we’ll see a legit team up as well as more random mentor chats between the two this season.

Barry did need to get talked down the I’m gonna fix everything that’s gone wrong ledge. This new reality was all sorts of screwy with Iris and Joe barely on speaking terms and Cisco grieving Dante’s death thanks to a drunk driver. 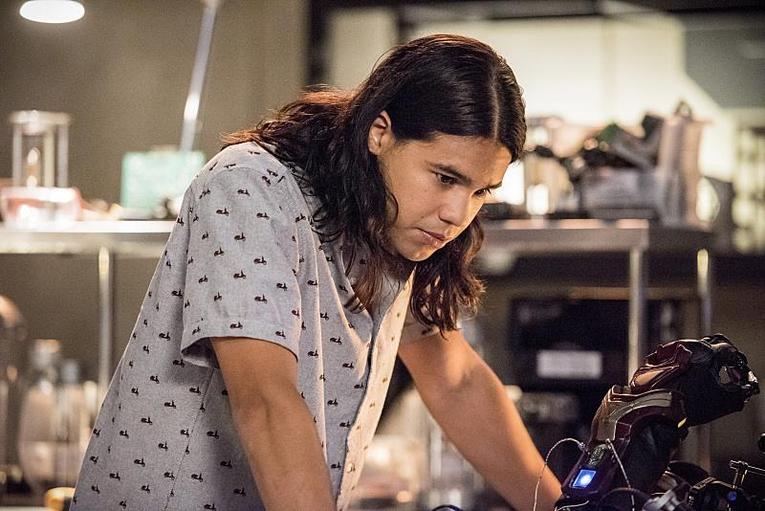 Interestingly, Barry’s latest time travel trip plucked away at previously established cannon on the Arrow side as well. In this timeline, Diggle and Lyla don’t have a daughter, Sara, but a son — John Diggle Jr.

That now at least sets up the possibility that this is the ‘correct’ timeline all along. And it makes the Legends of Tomorrow team’s trip to Star City 2046 where Diggle Jr. is Green Arrow all the more likely. There doesn’t have to be a massive Universe wide overhaul, but it could be fun to see random changes like this strewn throughout Flash, Arrow and Legends.

Series 2 was all about Zoom stealing speedsters’ powers and this season’s arc seems to be about Dr. Alchemy restoring the order from the last Flashpoint. Dr. Alchemy is one of Flash’s best Rogues and getting Tobin Bell (the Saw series) to handle his voice is a coup, but his costume design is lousy. It looks more like Scarecrow from the Batman Arkham game series and is too big a departure from the comic version.

Rival was first up to bat against Flash. The effects in this fight were better than most speedster battles. Beyond the constant lightning streams, we actually got to see Flash and Rival duke it out in super speed. Seeing Cisco suit up as Vibe was a great moment.

I’m glad Caitlin is showing signs she has or will become Killer Frost. She occasionally gets lost in the Team Flash shuffle so hopefully this will provide her a strong arc independent of any romantic connection. 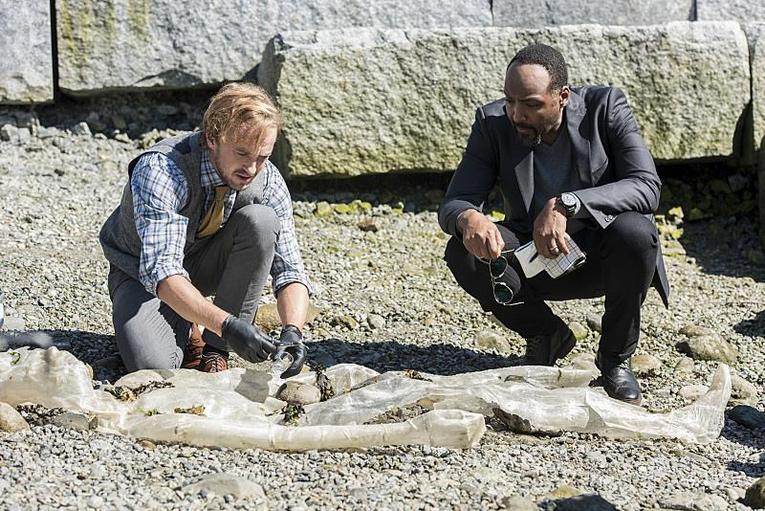 Even with a darker villain like Dr. Alchemy, the episode had plenty of light moments. Most notably, Barry arranging a Team Flash dinner party and trying in vain to set up an ‘office retreat.’ Watching Barry deal with office mate Julian Albert (Tom Felton) could also deliver on light moments. If only the writers can resist the temptation to make him Dr. Alchemy.