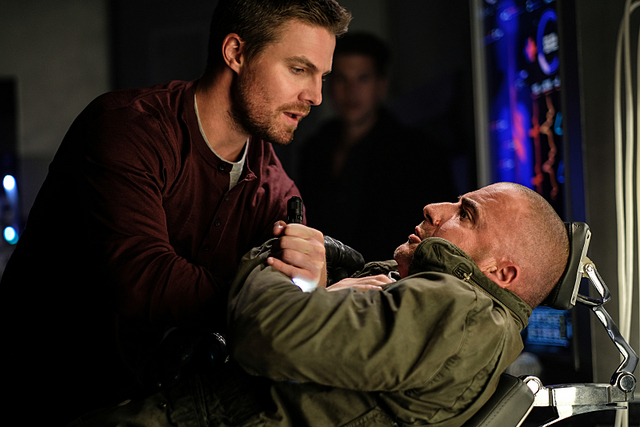 As the fourth DC show on CW’s schedule, Legends of Tomorrow can’t afford to have too many episodes like the Season 2 kickoff Out of Time.

Legends is the show most likely to suffer from superhero show fatigue. If fans watched all the potential options, it would be the last of seven comic book shows in a given week. And run-ins with Albert Einstein, Queen Anne of Austria and a cheap looking CGI dinosaur aren’t going to be big draws as the season progresses.

Last season’s finale set Season 2 up to have a killer opening act. Instead of paying off that Justice Society of America teaser we got more of the Legends slapstick comedy hour.

When The Flash and Supergirl do lighthearted comedy it works. Legends? It frequently clashes with the darker aspects of any given episode. Sara suffered the most in that regard. 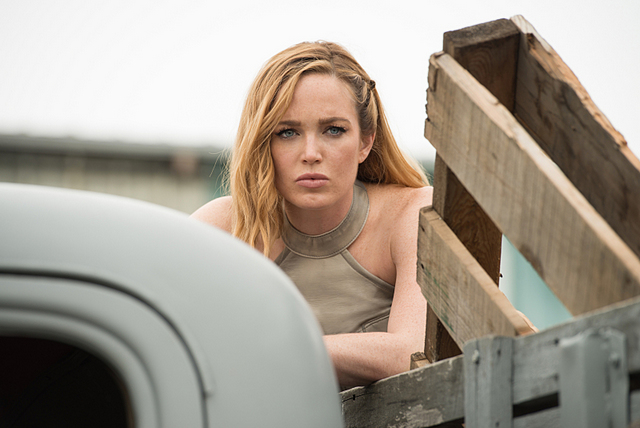 One scene she’s a rabid skirt chaser hooking up with every woman who bats an eye in her direction, then the next she’s some dark, brooding loner obsessed with avenging her sister. Legends wants to have it both ways with Sara (no pun intended), but she’s far more interesting as the show’s haunted dark character than its lovable Lothario. It’s kinda weird that straight women are the minority on Legends.

Even with a reduced team, Jax still managed to get marginalized. The writers keep going to great lengths to avoid putting Firestorm in action, but it makes little sense to send the old man liability on missions and leave the competent fighting young adult on the Waverider.

Rip’s ‘death’ had little impact. This was the same trick the writers used in the season finale and going right back to that well was a major misstep. Sticking to The Walking Dead philosophy if there’s no body, he’s still alive and there’s no reason to suggest he didn’t do some last second time escape as well.

It’s telling that the moments that worked best in Out of Time didn’t feature the team at all. Oliver Queen’s cameo was fun as time historian — how is that a thing?? — Nate Heywood (Nick Dano) revealed the team is in danger. Oh and he figured out Oliver was Green Arrow since a week after his return from the island the Arrow popped up. How come no one else thought of that? 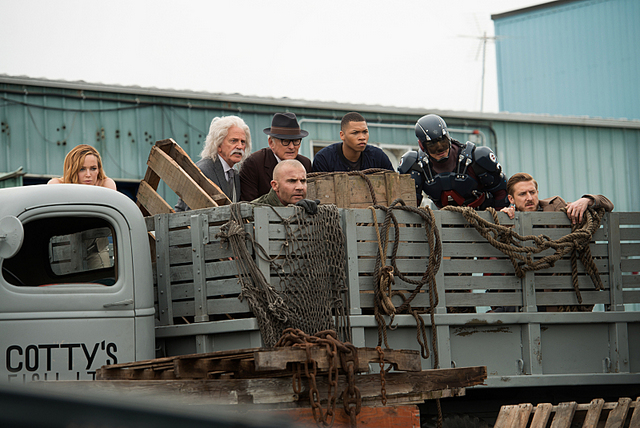 Star City has actually been kinda slow so it seemed out of character for Oliver to blow off the mission to help his pals Sara and Ray. It’s not like he couldn’t just time travel to the exact moment he left with no one knowing he’d been gone.

I still wish all of the DC CW shows would stop spoiling guest appearances especially one where cameos can be a major treat. Even with the credits heads up, it was fun seeing Damien Darhk back. Neal McDonough was the best part of Arrow’s Season 4 and he was a highlight again. While aiding the Nazis in 1942, Darhk was doing a pretty decent Per Degaton impression. And I’m very excited to see what becomes of his alliance with the Reverse Flash.

Hopefully at some point the writers will explain how the Legends team cavalierly outs themselves without any historical repercussions while The Flash changes everything around him from the slightest action.

While I had my share of issues with Out of Time, the end scene when the team encounters the Justice Society of America was pretty cool. Commander Steel is badly in need of a makeover, but the rest of the team looked pretty great. This might be the only time in the series where the return of Hawkman and Hawkgirl would be a good thing.

Out of Time was a hammy return to form for Legends of Tomorrow. Finding a better balance of goofy fun with more genuine stakes will continue to be a challenge, but hopefully this is just a slow start.