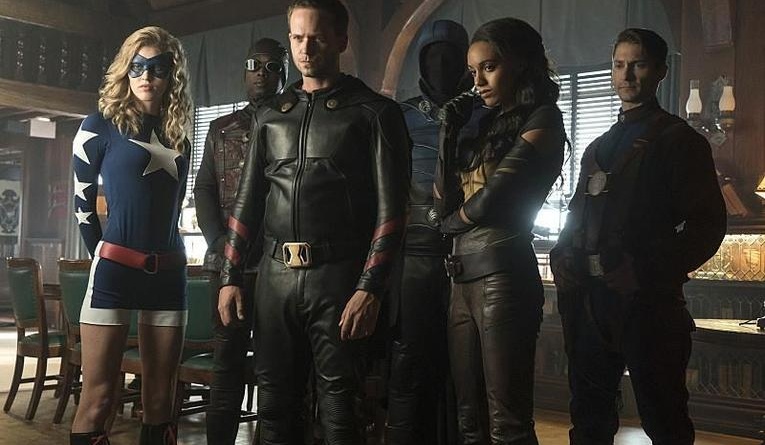 Even with the Justice Society of America showing up, Legends of Tomorrow managed another uneven outing. We’re only two episodes into Season 2, but so far there’s definite signs of a sophomore slump. And that’s not even factoring in the Stone Age era CGI Nazi.

Things started off well enough with the well-oiled Justice Society trouncing the teamwork-deficient Legends squad. This JSA was comprised of Vixen (Maisie Richardson-Sellers), Obsidian, Commander Steel (Matthew MacCaull), Stargirl (Sarah Grey) and Dr. Mid-Nite (Kwesi Ameyaw). The costume design was pretty solid although a little tightening up on some aspects like Dr. Mid-Nite’s cowl would make all the difference. Except for Commander Steel. He was just completely in need of a total makeover that was closer to his comic book attire.

While they looked the part, this crew along with Hourman felt off. They were all too stiff. Not simpler, gentler times stiff, but pretentious and overall a bunch of jerks. There was none of the innocent optimism typically associated with the team. It was hard to see how this group would be revered, let alone inspire anyone.

Once again the show seems oblivious in its treatment of Jax. Without being an expert on 1942, sending the team’s lone black guy to the heart of Nazi stronghold in Paris just doesn’t seem smart. If Legends has black writers, I’m pretty confident they didn’t contribute on this episode. 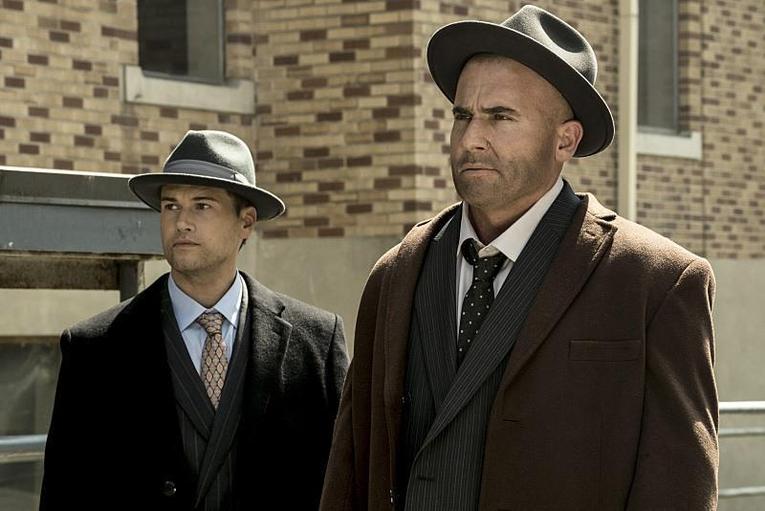 The Legends team is desperately in need of a regular guy/girl on the Waverider. This squad is comprised more of personalities, which was made obvious when it came time to decide on a leader. Stein, the team’s pompous windbag, is best as the McCoy/Spock of this crew, but there’s no clear Kirk. Sara was probably the best of terrible options, but she’s written so inconsistent from scene to scene it felt like a forced fit.

Considering their guest star appearance, the episode needed more of a focus on the Justice Society. Only Commander Steel, Vixen and Hourman got any significant moments. Nate had some nice interaction with his grandfather, Commander Steel. I remained confused why Legends plays so fast and loose with basic time travel rules like telling ancestors about their future.

Reverse Flash popping up to make trouble was fun although why no mention of Damien Darhk? Thawne granted the Nazis their own throwback machine, which allowed them to travel to 2003 to pick up a horribly CGI-animated castoff from Ang Lee’s Hulk movie. This should be a cautionary tale that if the budget doesn’t allow for it, don’t try it. Judging by the teaser for next week with Nate turning into a low-level Colossus, I’m worried the Legends effects team didn’t get the memo. 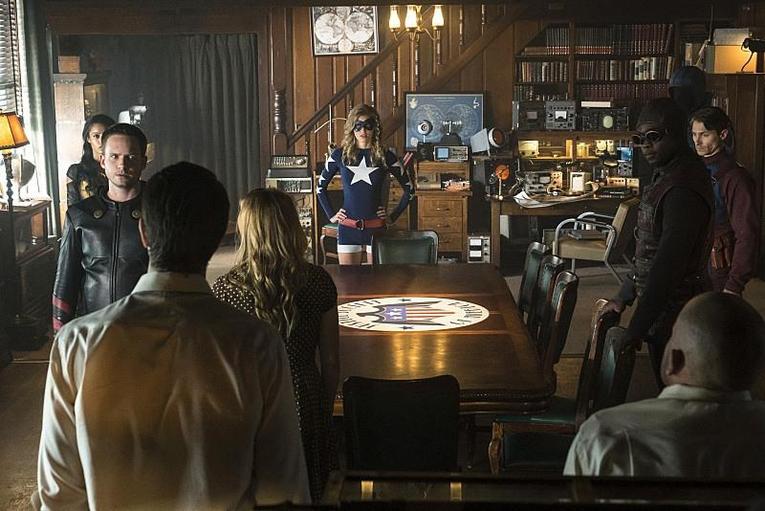 Considering it was Hourman, I doubt Reverse Flash actually managed to kill him. Maybe Rex gets sent to the Timepoint and Hourman II takes his place while he stays in stasis. Call me crazy, but this episode seemed like a great time for a Hawkman and Hawkgirl cameo. Hourman seemed an odd choice for leader while Hawkman is largely the JSA’s default boss.

Justice Society of America was disappointing as Legends is struggling to find its right mix of humor, time traveling craziness and sensible character development. After another strong week for the rest of the lineup, Legends again comes in at a distant fourth place slot. It needs a quicker course correction to get back on track.

Catch up on all of the Legends of Tomorrow episodes here.