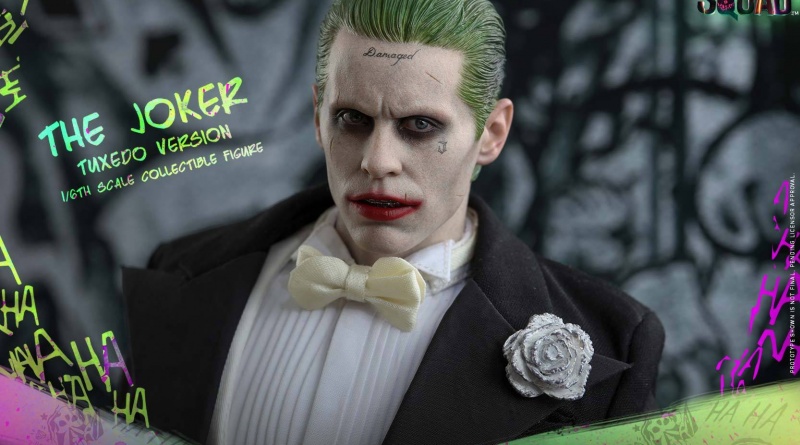 I’m a bit worried about the long-term viability of Hot Toys’ Suicide Squad line. We’ve already seen three variants of The Joker, but only two members of the Squad. At this rate, I’m viewing this line more of a Batman offshoot since we’ve got Harley Quinn, Deadshot and The Joker. This latest Joker variant features him in his tuxedo attire.

Suicide Squad didn’t really feature a classic Joker outfit with the traditional purple suit. This tuxedo is probably the closest to a comic version since it recalled the iconic Alex Ross image. The various Jokers have sported vastly different head sculpts, but this one is pretty good.

So far my favorite head sculpt is the Arkham Asylum exclusive. This tuxedo version appears to be the same besides eyes painted looking to the left. While I’m not a fan of directional eye painting, this figure looks pretty good and might be the best Joker Hot Toys variant for the modern DC Universe.

In the DC Films blockbuster Suicide Squad, Academy Award-winning actor Jared Leto delivers an edgy new take on the Joker unlike anything we’ve seen before. The flamboyant makeup and wardrobe certainly makes his ballsy performance even more fun and memorable. Today Hot Toys is excited to announce the new 1/6th scale collectible figure of the Clown Prince of Crime in formal wear – a black tuxedo that highlights his manic charisma!

The movie-accurate collectible figure is specially crafted based on Leto’s image as the Joker in a black tux, which traces its origin to the classic comics. It features a newly painted head sculpt, newly developed body, finely tailored costume, detailed weapons and accessories, and a specially designed Suicide Squad-themed figure stand with character backdrop. 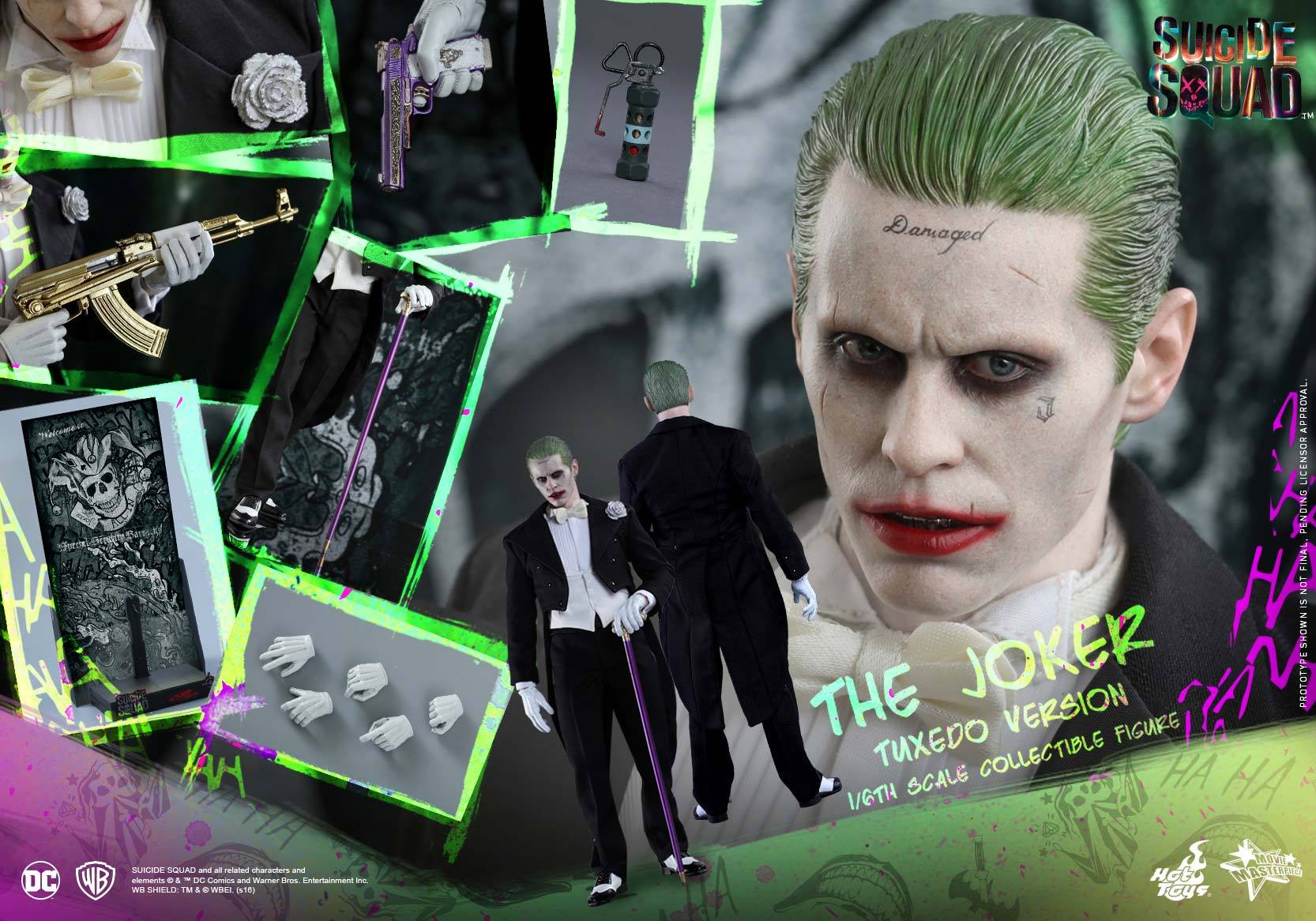 Check out all of my Hot Toys figure reviews here.