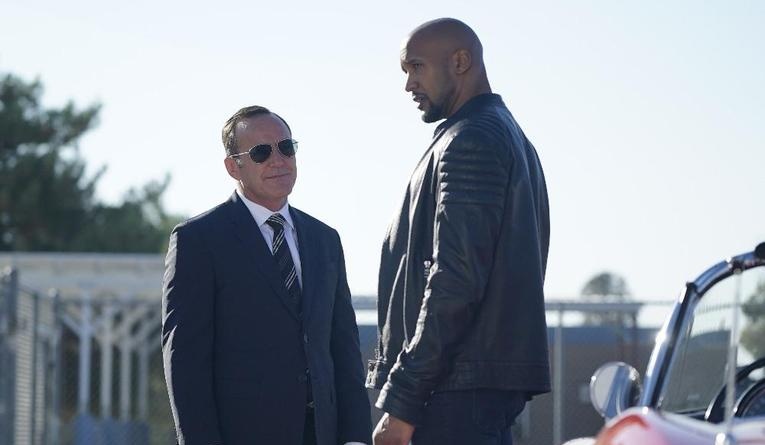 Agents of SHIELD has an interesting problem. The characters are now fully formed, the writing is solid and there’s an ideal mix of spy and superhero action. And Ghost Rider has been amazing. Only thing is the overarching story isn’t nearly as entertaining. If Let Me Stand Next to Your Fire didn’t fix that problem, it at least got all the players on the same page.

Quake has proven to be a nice evolution of Sky as this occasionally brooding, full-time bad a$$ character. This hasn’t been some abrupt character change, but one that’s played out naturally over the course of four seasons. It was getting a bit tiresome watching the writers try to find some way to have Daisy come in contact with her former SHIELD allies so it was smart to just bring her back into the fold. 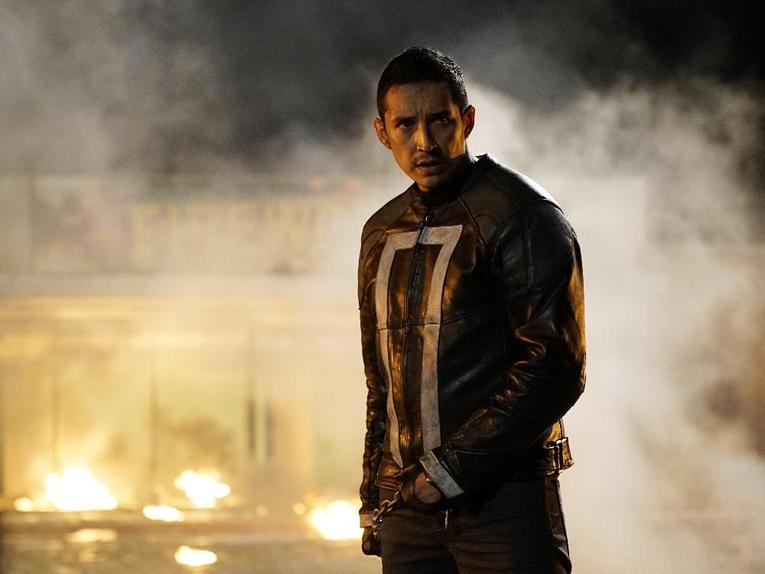 Initially, I was bummed James had lost his edge and was traveling on a path to redemption. He was one of last season’s best characters since he’s powerful enough to be a menace and makes a good stooge for a big boss. Fortunately that was a fake out and he’s an Inhumans turncoat tipping the Watch Dogs off to potential Inhuman targets. Hopefully, he’ll escape SHIELD custody and be a recurring nuisance throughout the season.

Coulson showed an admirable trait in cheating at car races. Having Robbie run into the cloaked Quinjet was a sneaky move and Coulson got a great line asking if this means he gets to keep Robbie’s car now.

I’m glad Coulson reached a separate deal with Robbie apart from Daisy. That was important so Robbie was making his own choices and not being a lovestruck puppy like Lincoln.

Of everything this season, the Holden/Aida subplot has been fascinating. Holden trying to teach Aida the subtleties of lying is clearly going to prove problematic later. It’s just a matter of how disastrous this will be to the team in the long run. If I had my way, the Darkhold storyline will get wrapped early while the second half of the season is Agents of SHIELD’s take on The Terminator with Aida playing the role of Skynet. 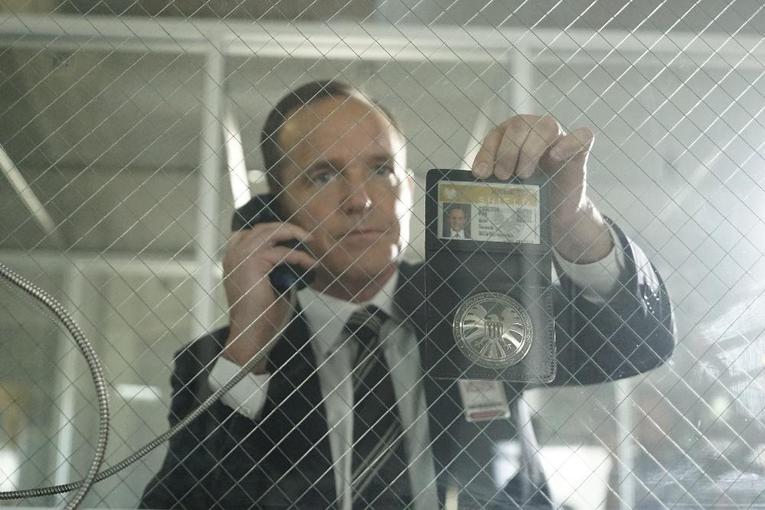 Try as they might, the writers have not been able to make the main story arc particularly engaging. Robbie’s uncle worked with Momentum Alternative Energy Labs on a Quantum Particle Generator. In this particle accident, only the team was changed into ghosts. Sure does beat affecting the entire city like The Flash’s particle accelerator.

Maybe it’s just the fact that the ghosts look weak or that the team can’t really do a lot to hurt ghosts, but I’m still struggling to be invested in that plot. Although Fitz and Simmons whipping up some Ghostbusters style ghost traps could be fun.

Let Me Stand Next to Your Fire is another example of AOS’ newfound confidence in the formula. The characters and their motivations have now been so firmly established that the show remains enjoyable even with a lackluster threat.