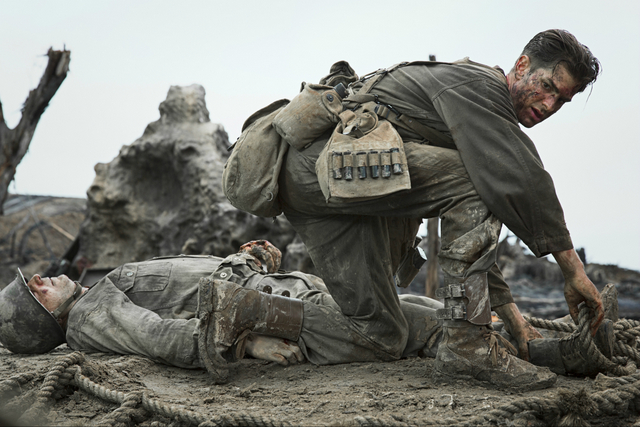 I’m a big fan of pretty much every World War II film and Hacksaw Ridge seems right up my alley. And now here’s your chance to see the movie early for free as part of a special promotional giveaway.

HACKSAW RIDGE is the extraordinary true story of Desmond Doss [Andrew Garfield] who, in Okinawa during the bloodiest battle of WWII, saved 75 men without firing or carrying a gun. He was the only American soldier in WWII to fight on the front lines without a weapon, as he believed that while the war was justified, killing was nevertheless wrong. As an army medic, he single-handedly evacuated the wounded from behind enemy lines, braved fire while tending to soldiers and was wounded by a grenade and hit by snipers. Doss was the first conscientious objector awarded the Congressional Medal of Honor.

Sound up your alley? Great! There’s no work needed on your part for this one. All you’ve gotta do is use this link:

The screening will be held at