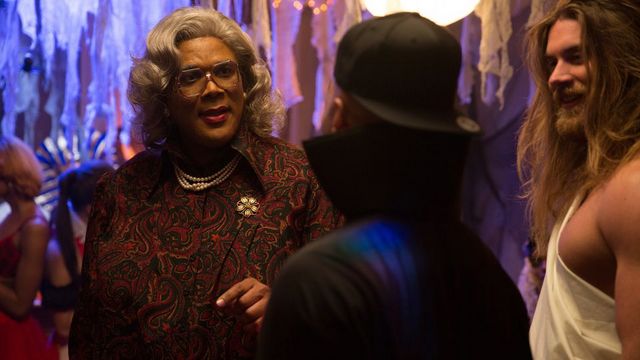 The election season had me doubting America’s long-term success and Madea repeating as box office champ over a Tom Hanks/Ron Howard collaboration seals it.

In fairness, the political climate might have directly contributed to Boo! A Madea Halloween’s success. There’s nothing heavy or particularly thought-provoking in the films starring Tyler Perry’s most successful creation. And maybe people just want a release from the real world? Either way, we’re screwed.

1. Boo! A Madea Halloween – $16.6 million [2nd weekend; $52 million total] As much as I’d like to play pretentious blogger here, the bottom line is Madea equals box office bucks. It’s two million away from being Perry’s fourth highest entry in the seven Madea series. And with a decent third weekend it could beat out Tyler Perry’s Madea’s Witness Protection ($65.6 million) for the No. 2 spot. Don’t count Madea out either. Everything is going to get wiped out come next week with the debut of Marvel Studios’ Doctor Strange, but Madea might hold up strongest. Boo! is unlikely to topple the highest grossing Madea film, Madea Goes to Jail, which brought in $90.5 million in 2009.

2. Inferno – $15 million [debut week] The latest chapter of The Da Vinci Code series failed to make a spark at the box office. The first film in the Tom Hanks series roared in 2006 with an impressive $77 million debut. Angels & Demons didn’t have as warm a reception in 2009 with a $46 million opening weekend, but the film still went on to earn $133 million. Global box office figures have been kinder. Inferno is heating up with $132 million.

3. Jack Reacher: Never Go Back – $9.5 million [2nd weekend;  $39.6 million] Tom Cruise’s Jack Reacher sequel has failed to generate much interest either. Budgeted for $60 million, Never Go Back is going to be one of the film’s that will be most impacted by Doctor Strange. This might struggle to make back its costs domestically. Worldwide, the film has grossed $93.8 million. The first film earned $218 million worldwide, but Never Go Back doesn’t seem close to matching that total. 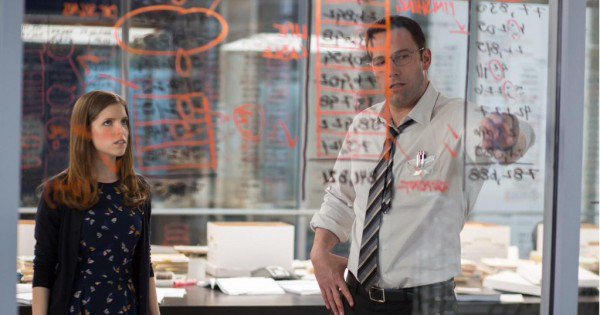 4. The Accountant – $8.4 million [3rd weekend; $61.2 million] The autistic action drama starring Ben Affleck has made back its $44 million budget. The film has a slower international roll out as it’s in less than 20 percent of those markets earning a slight $10 million at this point.

5. Ouija: Origin of Evil – $7.1 million [2nd weekend; $24 million] With Halloween coming tomorrow, it definitely seems like this would have been the weekend to open this horror film. The first film opened in 2014 on Oct. 24 to $19 million. Its second weekend brought in $10 million. It’ll be interesting to see if the sequel stays within that trajectory. If so, it could complete its box office run around $50 million like its predecessor.