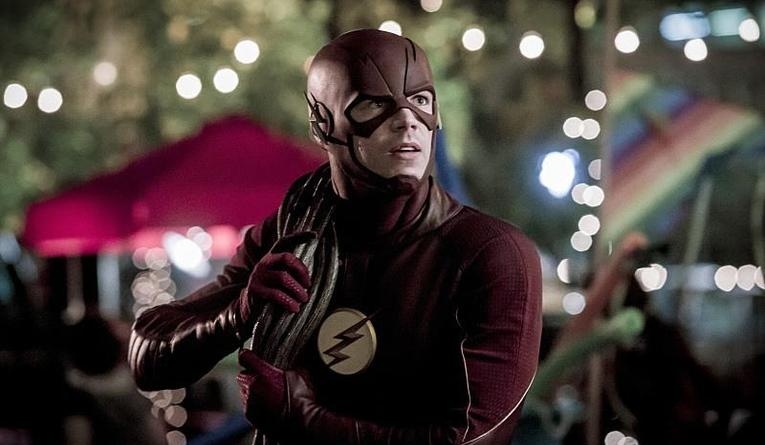 With a timely reprieve from multiple speedsters and Dr. Alchemy scheming, Monster was a refreshingly simple episode of The Flash. Of all the CW shows, The Flash does small scale, character developing episodes better than anyone else. Even with a scaled up version of The Lizard running amok in the city.

The Amazing Spider-Man escapee ultimately didn’t play a big factor in the episode and that’s fine since this was a significant Team Flash showcase. And there’s no other squad that makes that group dynamic nearly as enjoyable.

There’s a lot of potential in Barry and Cisco as roommates. Monster only briefly touched on it, but I can already see an entire episode subplot revolving around that pairing and still wanting more. 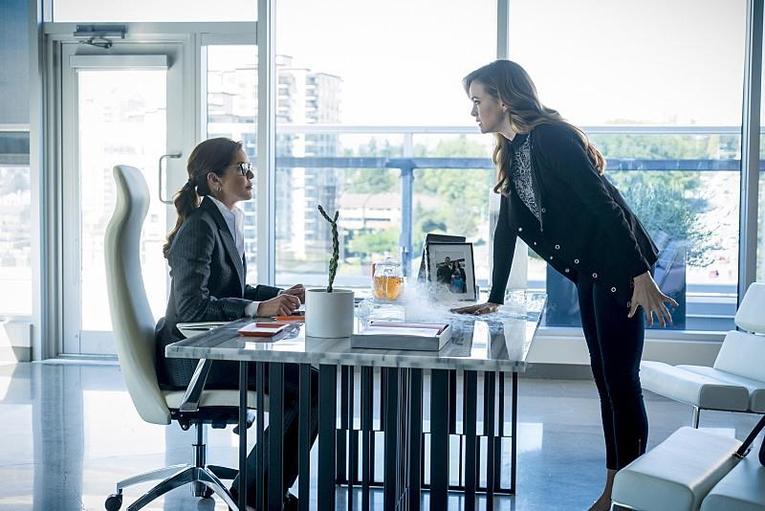 Caitlin got a much needed spotlight as she reached out to her mother, Dr. Tannhauser (Susan Walters), in hopes of figuring out her frosty dilemma. The effects team was on top of Caitlin’s gradual Killer Frost transformation. In addition to the greying eyes, little details like her fingertips being frostbite blue after using her powers were included. Caitlin needed a juicy subplot and so far this has really delivered. I just wish she would tell her pals what’s going on. It’s definitely not like they would treat her any differently.

Monster also did a lot to further establish Julian. Tom Felton plays a prickly know-it-all with ease, but Julian was in danger of becoming a one-note character. Exploring his motivation — wishing he was one of the fortunate ones to be granted powers by the Particle Accelerator — did wonders in making him surprisingly relatable and interesting. I’m pretty sure the show runners won’t go the cliche route and ultimately have Julian become a powered-up villain, but if so, they at least provided strong motivation. 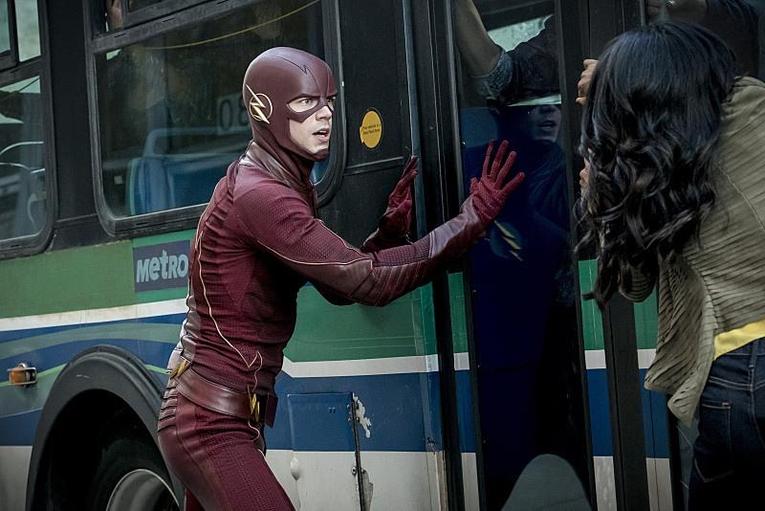 Even without a ton of time, Joe got some needed character progression. I’m enjoying his reluctance to go out with the cute DA. Fortunately, even with a busy character episode, we still had time for a Joe-ism as he gave a heartfelt pep talk to the bullied nerd who rigged up the holographic monster to put a scare in the city. As far as episode villains go, the monster was underwhelming, but it served the purpose of being a focal point while the episode focused on Team Flash.

With his big reveal that he’s a fraud, HR Wells’ big reveal that he was a fraud was a smart move. Making yet another Wells that’s sinister and an undercover villain wouldn’t have been the best choice. This take on Wells reminded me a lot of Funky Flashman, the Jack Kirby creation that was a dig at his former collaborator Stan Lee. Tom Cavanagh was predictably great here as his con man shtick frequently had me cracking up. I’m looking forward to seeing how the show plays up this dynamic of Wells the writer and how he further ‘inspires’ Team Flash.

Monster didn’t have a ton of major developments that will be pivotal in the long run of the season, but it’s the kind of personal outing that The Flash continues to handle so smoothly and entertaining.