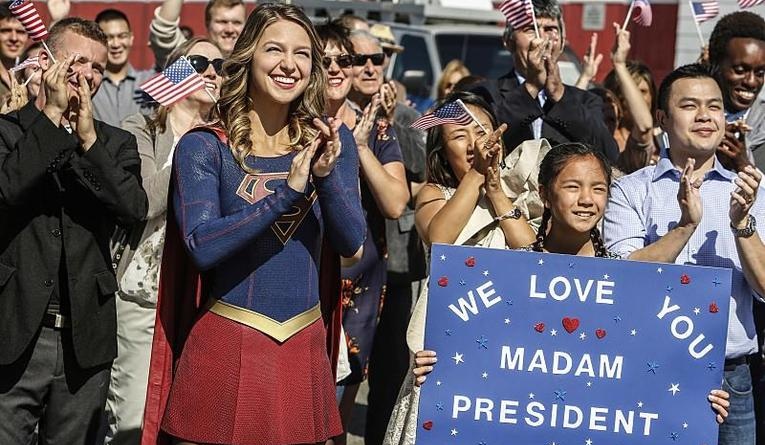 Welcome to Earth marked the first Supergirl episode this season without the safety nets of Superman or Cat Grant. This was an important episode to show that this new status quo could work in their absence. For the most part, it succeeded, even if Supergirl isn’t fully reaching its potential yet.

Despite Superman and Cat’s absence, the show still managed to pack some impressive star power with Lynda Carter making her first appearance as President Olivia Marsdin.

Maybe it’s the contrived way it’s being implemented, but I’m not that interested in the Alien Amnesty Act subplot. Clearly this is borrowing heavily from the current political climate over immigration rights, but it’s not working for Supergirl. Two of the highest profile characters in the show are aliens with no concern of discrimination or xenophobia. It’d be different if the writers made aliens among us a long-running subplot, but that’s hardly been the case. Especially with Martian Manhunter running the DEO. 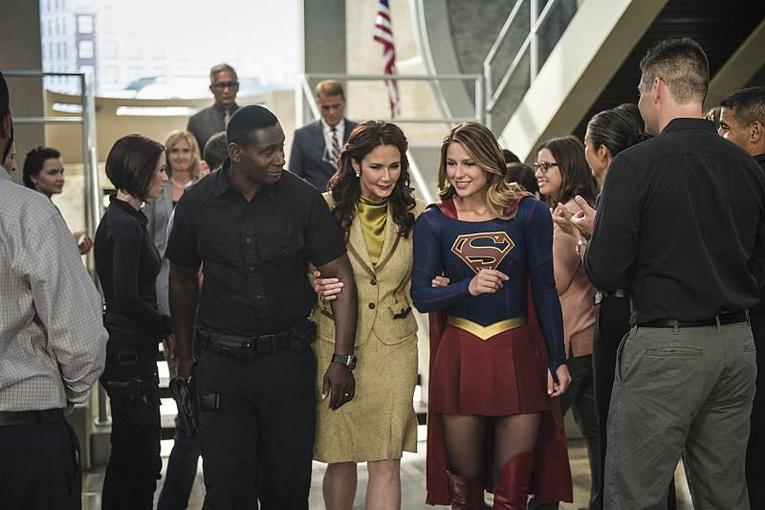 It also doesn’t help that Agents of S.H.I.E.L.D. has been covering this topic for the past two and a half seasons with a more patient and focused approach. Comparatively, Supergirl just feels like it’s offering its take on an already exhausted superhero plot. Even the reveal that Marsdin is an alien wasn’t a big surprise.

The episode wasn’t all that subtle in making Marsdin seem a bit off. But it’s hard to complain about seeing the original TV superheroine on the small screen again. Supergirl’s spin move to extinguish a flame attack was a nice homage to Wonder Woman’s costume change twirl.

To the show runners’ credit, there hasn’t been a noticeable difference in the special effects despite the jump from CBS to the CW. I’d argue the effects and action scenes are an improvement over the first season. The first time the diminished budget was noticeable was the sparse attendance for Marsdin’s big national proclamation. What should have been a jam-packed event had a lower turnout than a children’s soccer game.

Villain of the week Scorcher (Nadine Crocker) felt half-baked. Her issue with alien registration had merit, but she was portrayed as a run of the mill fanatic merely there to give Supergirl someone to knock out. Scorcher’s flame effects were a rare misfire for the CGI team as they looked pretty bad.

We know one of the CW characters is going to gradually come out and with the arrival of Maggie Sawyer (Floriana Lima), it sure seems like Alex is the leading candidate. Subtlety again was a problem here as Maggie immediately seemed to be ‘targeting’ Alex. That seemed to play more into the TV stereotype that every lesbian/gay character has the hots for anyone of the same sex. 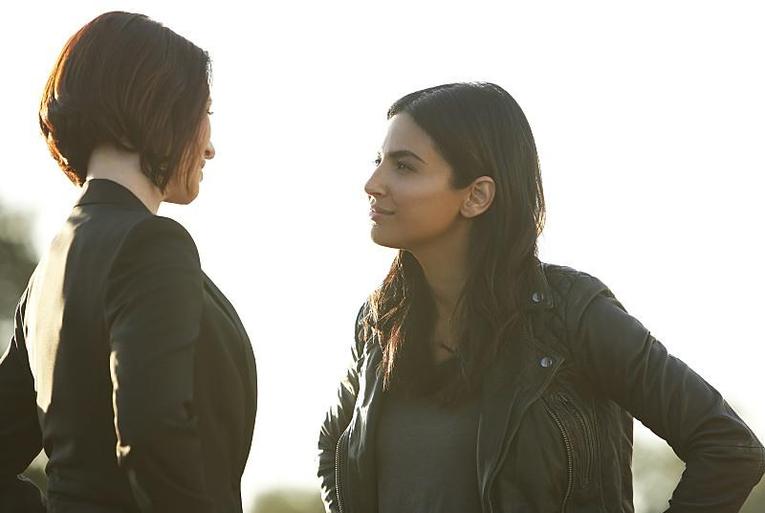 With Cat gone, James is the new boss at Catco and his authority is immediately challenged by Snapper Carr. I’m having a hard time disliking Snapper even though he’s intended to be the cliché office jerk. He might not be warm and fuzzy, but he’s not wrong with his approach to journalism. As much as I found Cat annoying, she at least provided some purpose to the Catco segments. Now they seem to be included to give Kara some secret identity moments.

I’m much more optimistic about the other new cast members. It was weird the new superhero in town identified himself as Mon-El instead of his Daxamite name of Lar Gand. Considering how often Supergirl borrows plot points from Superman, it seemed a missed opportunity to not have Supergirl grant him the family name. Chris Wood made a good first impression and I’m already hoping this can eventually lead to more Legion of Superheroes debuting on Supergirl.

And while I’m clamoring for more DC teams, with the reveal of M’gann M’orzz (Sharon Leal) working at the secret alien bar, I’m officially putting in my Young Justice request. We’ve got Kid Flash on The Flash and Artemis on Arrow. Let’s make it happen CW.

Even if it wasn’t the most exciting episode so far, Welcome to Earth lays out some intriguing option for Season 2. The key will be if the showrunners can take advantage of all of this potential to make this sophomore season soar.