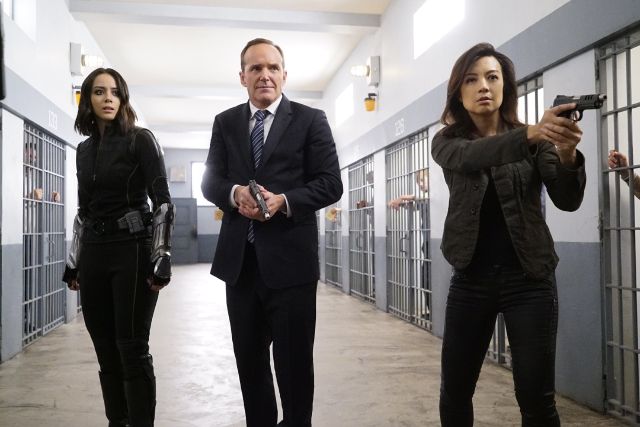 Agents of SHIELD keeps finding fun scenarios to place the team this season. Lockup put Coulson and company in a prison filled with prisoners with a serious grudge against SHIELD and ghosts on a mission. And oh yeah, Ghost Rider. With that recipe, Lockup had no choice but to be another solidly entertaining episode. That’s not even factoring in that amazing cafeteria fight.

Hoping to be more proactive in their battle against the ghosts, Coulson led a mission to get Robbie’s uncle out of the high security prison before Ghost Lucy could get to him first. Lucy’s ghost effects still look like a late 90s relic and Lilli Birdsell is playing her slightly over the top. I suppose if any character can get away with being hammy, it’s the ghost.

But let’s talk about that cafeteria fight. The show writers have finally cracked the mystery of how to handle Daisy/Quake. She doesn’t need to be the end-all/be-all focus of the show and it’s OK for her to not be an unbeatable fighter. This sequence was great as Daisy used all of her specialized training against the Watch Dogs, but eventually got overcome by their numbers. May called Daisy out for shutting the others out after losing Lincoln. It was nice to see May continue mentoring Daisy in a subtle callback to the first season. 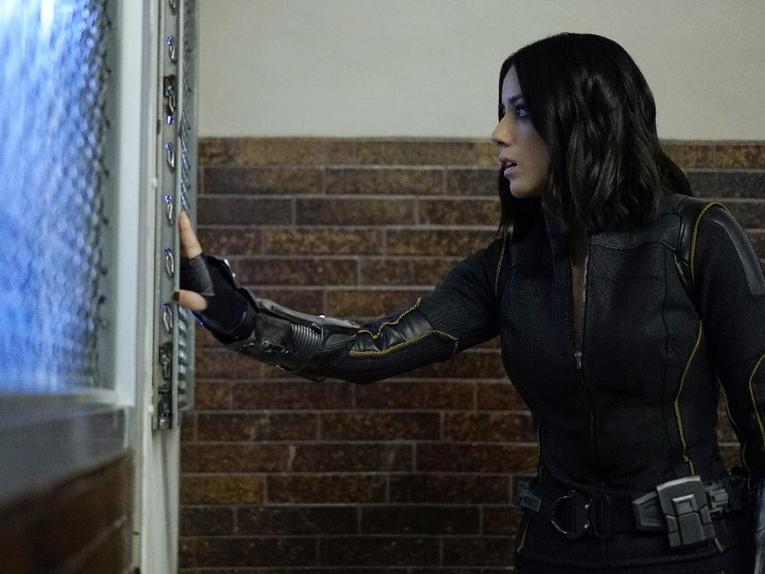 I’m very glad Fitz whipped up an antidote for the ghost infection. Team members constantly getting shelved from a quick phase through would have gotten old. And we wouldn’t have got Mack’s great line about seeing Robbie as a member of the Insane Clown Posse.

Coulson’s gamble on Robbie proved wishful thinking. Robbie could have ensured his uncle got to SHIELD custody with no trouble, but got sidetracked and went after the leader of the gang that paralyzed his brother. It’s just as well though since it’s not like Lucy couldn’t have gotten to his uncle even under SHIELD’s protection.

From a regular agent that would have been an annoying action solely for the sake of moving the story along in a certain direction. In Robbie’s case he’s a complete wild card and definitely not a team player so it makes sense. Maybe later on seeing Ghost Rider in action will reach a point of diminishing returns. For now, Ghost Rider’s prolonged team-up this season has resulted in a very cool dynamic. 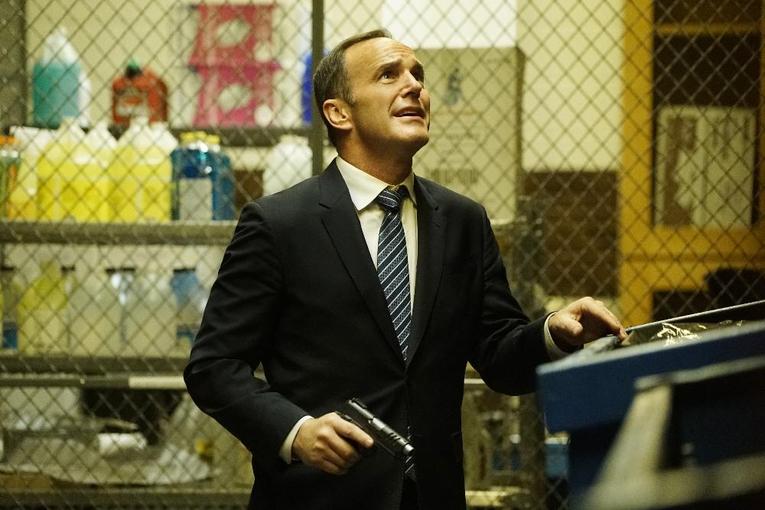 The timing of Jeffrey Mace debating the Inhumans situation with Senator Rota Nadeer (Parminder Nagra) hardly seemed coincidental. This was a fun small scale spin on the presidential debates. Mace decided to pull his trump card (pun intended) by outing himself as an Inhuman. But all might not be as it appears in Mace’s perfectly polished presentation. Simmons is aware he’s taking credit for something he didn’t do. Perhaps it was for the overall greater good, but Simmons might have overplayed her hand too early in Mace’s reign as head of SHIELD.

The ratings aren’t reflecting the quality of the season as AOS has been one of the more consistent of the comic book based shows this year.