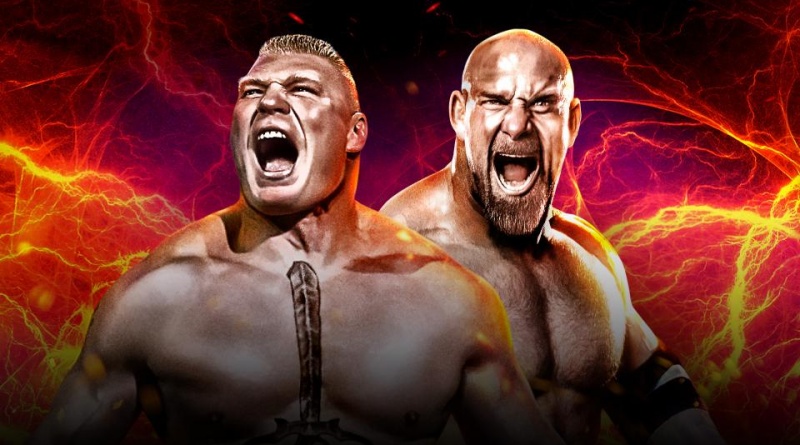 Survivor Series 2016 is here! After many months of speculation and anticipation, the clash of titans will play out on Sunday night between Raw and SmackDown! Who am I kidding? We’re all here to see Brock and Goldberg. Despite the unbearably trite tagline line ‘Fantasy Warfare Just Got Real,’ this truly feels like the godly, larger-than-life wrestling contests of yesteryear. No matter how the main event plays out, Survivor Series 2016 is going to be a special night. Before I go completely off the rails, on to the predictions!

The Miz vs. Sami Zayn
for the Intercontinental Championship 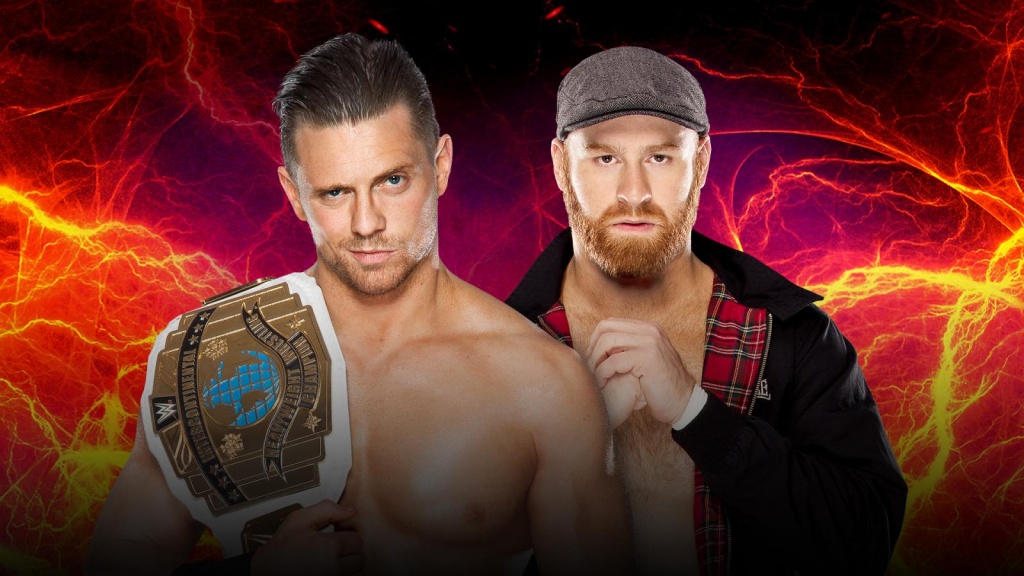 While it was Dolph Ziggler who initially issued this challenge, the onus now falls on the shoulders of The Miz to defend the honor of SmackDown and their rights to the IC Title. The oh-so-shocking title change on this Tuesday’s 900th Episode of SmackDown was a solid decision. Dolph is a fantastic wrestler, but The Miz owns that champion attitude a Big Four PPV desperately needs (especially since it’s the most prestigious title match of the night). I’d be pretty shocked to see the title go to Raw alongside the US Championship, but our next bout might balance a Red Brand win. Sami really deserves a push and a title, but I just cannot see them slapping a championship on him after weeks of floating around random feuds.

The Brian Kendrick vs. Kalisto
for the Cruiserweight Championship 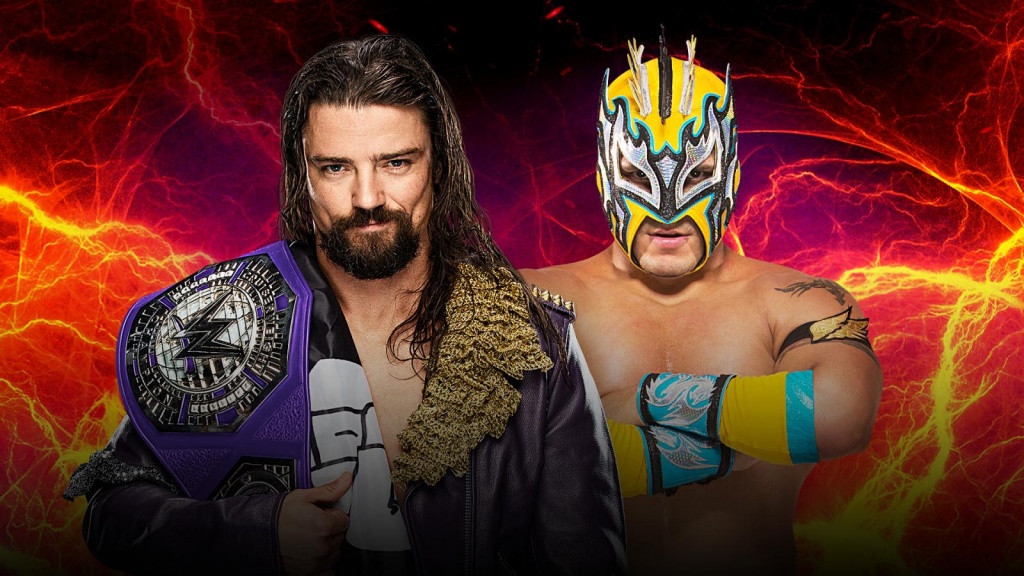 I love Cruiserweight wrestling with all my heart. So, obviously, it sucks to see a Raw crowd chant ‘Boring!’ at two tremendously talented individuals who were never given a chance to succeed in the first place. The CWC was a miracle, the elements for success on the main roster are there to be seized.

In putting the title belt and the entire division on the line in this Raw vs. SmackDown battle, I sincerely hope the minds in Stamford are looking out for the best interests of the dedicated performers that make it up. Despite a shorter weekly runtime, the SmackDown team has demonstrated incredible aptitude in balancing many wrestlers and angles. The addition of 205Live on Tuesday nights after SmackDown does seem to indicate a Blue Brand victory, but I’d be quite disappointed to see Kendrick lose the strap so quickly. 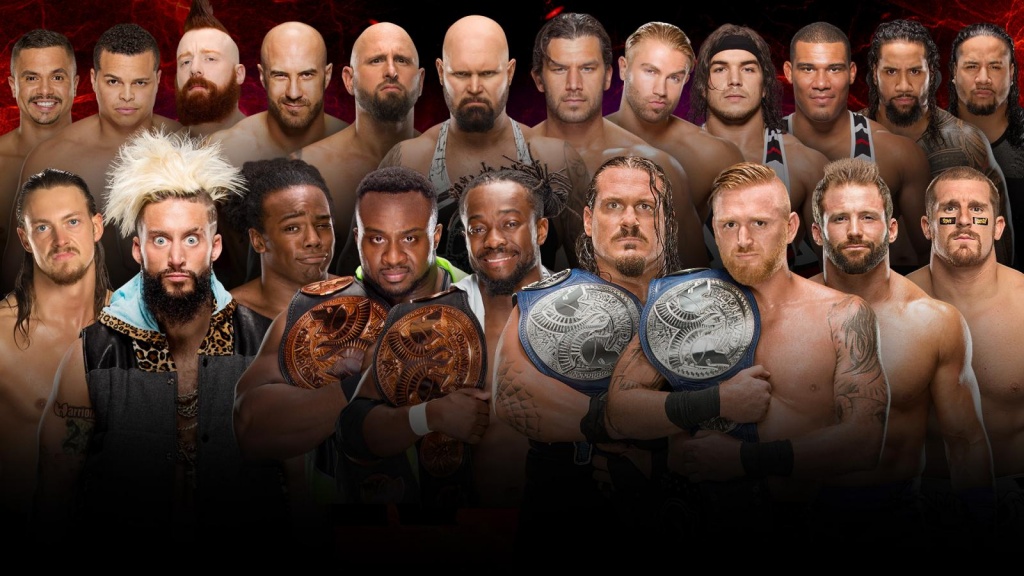 What the heck? This is an inordinate amount of men standing on the apron at once. I really don’t know what to say about a contest so egregious as this one. It’s a great way to showcase the New Day without the audience pretending there’s a chance they might not win. Both tag divisions aren’t incredibly strong at the moment, but there are a lot of talented people involved in this one.

I hope to the heavens that Breezango gets the chance to display their comedic excellence and that the Club gets the chance to be badass powerhouses. More likely than not, this will be a massive cluster of insanity. As for a winner, this is undoubtedly the least important Survivor Series Match, so I’ll throw a bone to SmackDown. 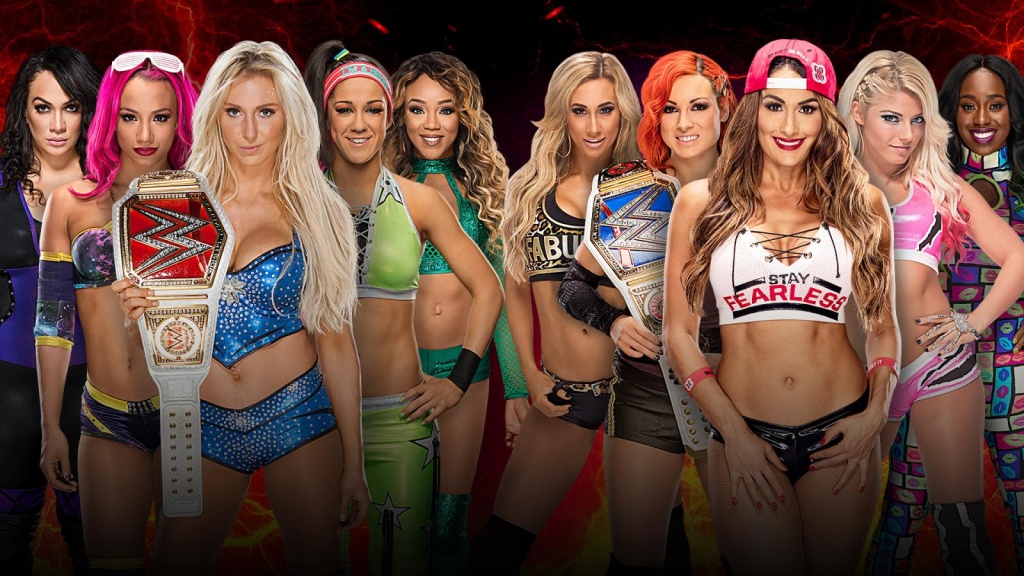 I am quite excited for this, I must say. The talent bar for women in the WWE has never been higher across the entire division. We will not only get the chance to witness (hopefully) matchups between Sasha and Becky, and Charlotte and Alexa, but we will finally get to watch Nia Jax go up against some real talent on the main roster!

SmackDown has a lot of dynamite women, but Raw unquestionably reigns supreme and will absolutely have to take this one if SmackDown picks up the tag victory. Whichever way it goes, this is a must-watch. 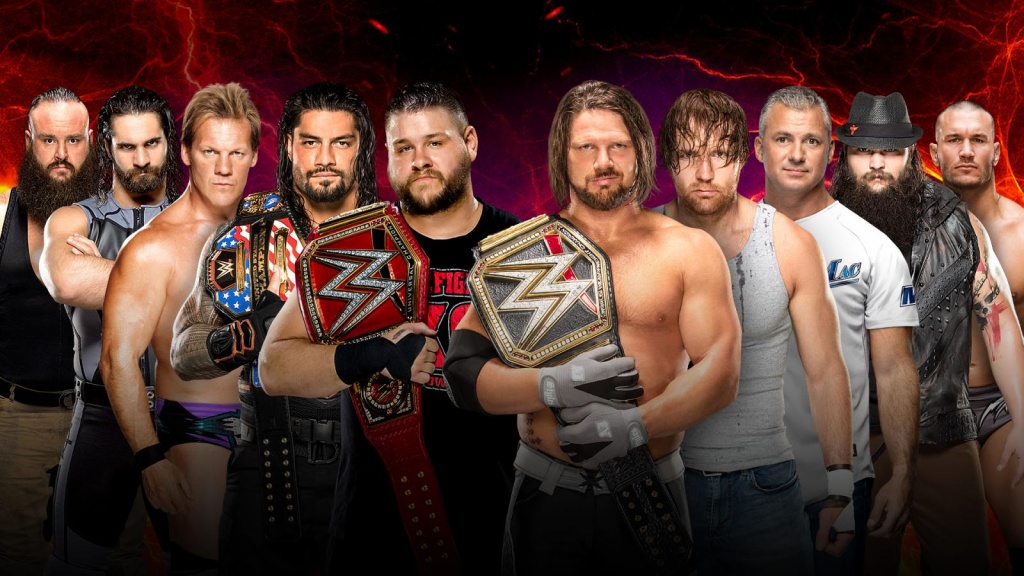 Boy, was I giddy this past week watching the talents of Raw and SmackDown come face-to-face for the first time in months. And The Undertaker showed up to threaten Team SmackDown! How cool was that?! Both teams consist of exceptional talent and star power, so this is a difficult decision to make.

Braun Strowman throws a real wrench in the situation. How do you play him to keep his power streak alive? He may just have to win it himself. There were signs of an intriguing angle with Bray sparking up on this Monday’s Raw, but I have full confidence that nothing will come of it.

AJ and Seth better get solid ring time together, as they are the two most talented and well-rounded wrestlers in the ‘E today. Jericho will do something amazing, as will Dean. Oh, and don’t be afraid to put money on Roman running through everyone in five minutes. I feel like that’s much more likely than not. Bottom line: I really dig a good Survivor Series match. Lots of fun and room to try new stuff with A-grade players minus the consequences of a main event title match. Get excited, folks!

Here it is, ladies and gentleman. The spectacle of November, the battles of the beasts. Dear Lord, what have they gotten themselves into?

Here’s how I see it: Brock cannot lose. He lost the first encounter and the WWE is dead set on making him this unconquerable beast-man here in 2016. The match is already a massive draw, it doesn’t matter if it’s good, bad, or otherwise. Goldberg was never known for his technical prowess, and now at nearly 50, he should not be expected to put on an exceptionally long or intricate match.

There’s going to be a lot of brawling, probably some blood to cap it off. I’m ready to have fun, but I do not want a cop-out finish. If that’s the payoff to all this hype, then there is nothing but disappointment on the other side. I could not dare predict a finish, but I’d be an idiot to not see an outright Brock victory coming.

This match could be a huge success; it could be a terrible disaster. It could even be a platform for the main roster debut of a certain powerhouse of Pacific Islander heritage! But let’s not get our hopes up.

Survivor Series has been slowly, but surely regaining its prominence as one of the WWE’s Big Four PPVs. 2016’s rendition has all the makings of a smash hit and I remain optimistic about the card and the quality of the evening. And don’t you dare forget about the incredible card for NXT TakeOver: Toronto on Saturday night! Enjoy the rest of your week and the weekend festivities. Stay positive and keeping being awesome, friends!