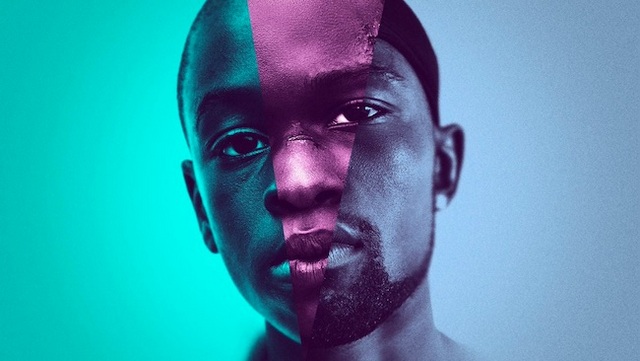 Exquisitely conceived and beautifully realized, Moonlight is one of 2016’s most radiant and must-see films.

Director/Writer Barry Jenkins explores a range of topics from childhood, identity, acceptance, love and self-love. Moonlight is a thought-provoking glimpse of a life unfinished. Based on Tarell Alvin McCraney’s In Moonlight Black Boys Look Blue, this is a coming of age story framing the process as a work in progress.

The film is broken into three acts reflecting various stages in the life of its main character. Tellingly, each stage is titled after his three names. First up is the superb Alex R. Hibbert playing the constantly bullied Lil. With his mother (Naomie Harris, Spectre) slowly descending into a drug addiction, Lil finds unexpected comfort with the area drug kingpin, Juan (Mahershala Ali, Luke Cage) and his girlfriend, Teresa (Janelle Monáe). 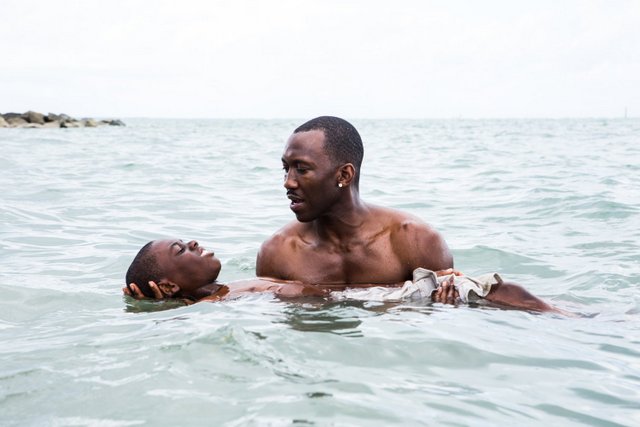 Jenkins doesn’t dwell on Juan’s ‘career,’ instead showing him as a kindly, surrogate father figure. It’s from Juan that Little learns invaluable life lessons like how to swim and defining his own identity. And Teresa provides the nurturing, loving guardian Little can’t find at home. If there was a downside to the film it’s that Ali is only limited to the opening act. That’s more than enough to warrant a Best Supporting Actor nod.

Harris has always been one of those outstanding actresses that just needed a suitable showcase. She gets that with Moonlight and delivers one of the year’s best supporting performances. As the only actor appearing in each act, Harris’ role is vitally important. Her final appearance all but locks up a Best Supporting Actress nomination and likely win. 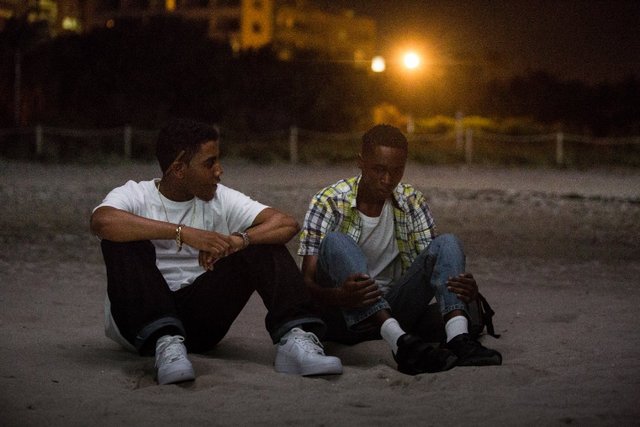 The middle act finds Little as teen-aged Chiron (a very strong Ashton Sanders). High school is rough as his classmates harass him over his presumed sexuality. Worse, an altercation with his childhood pal Kevin (Jharrel Jerome) significantly impacts their friendship.

Those scars didn’t fully heal even as Chiron emerges as a young adult nicknamed Black. Trevante Rhodes is fantastic in showing the maturation of a man emboldened by his positive influences and childhood struggles. On his continuing journey to self discovery, Black takes the opportunity to move beyond his past hurt with a chance encounter with the adult Kevin (Andre Holland). It’s in these scenes that Rhodes does his best work conveying Black inner turmoil that’s burdened him for decades.

Moonlight marks Jenkins’ second feature length film, but there’s little suggesting this is a filmmaker struggling to find his way. Jenkins has a steady, confident grasp on the story. The script will likely force audiences to consider topics like addiction, the prison culture, homophobia and the need for love. 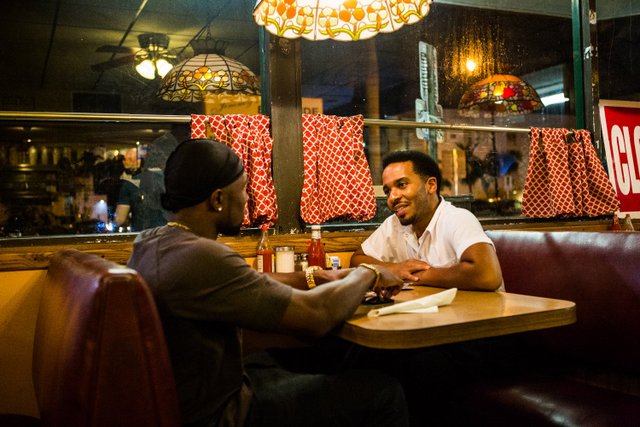 Equally as impressive is Jenkins’ skillful artistic decisions with some beautifully realized shots. Jenkins’ framing of the Miami backdrop never feels overly calculated. The director field is going to be crowded this year, but Jenkins certainly has to be considered one of the favorites. Nicholas Britell’s score is a fascinating mix of hip hop and orchestra and the soundtrack is equally diverse.

Jenkins leaves the ending open-ended enough to allow the audience to draw its own conclusions of its resolutions. In a lot of films, that would be a cop out approach, but it’s fitting here. Moonlight is a film that warrants further examination and multiple viewings to appreciate on all its various levels.