It’s hard to envision another film this year making a simulation exercise so riveting. That’s part of the beauty of Sully, a skillfully told and engaging look at the Miracle on the Hudson.

Tom Hanks plays Chesley ‘Sully’ Sullenberger, the pilot who safely glided his disabled plane safely into the Hudson River on Jan. 15, 2009. Sully’s efforts helped save all of the 155 passengers on board.

Hanks has that uncanny ability to get completely lost in a role where you just buy in to his characters. Count on Hanks to lock up his sixth Best Actor Oscar nomination. Hanks is able to deliver truly compelling characters without forcing overly showy moments.


That’s true for the film as a whole. Director Clint Eastwood understands Sully’s story sounds like a movie anyway and keeps it simple. he doesn’t need to be flashy or overly dramatic. The actual events read like the script of a high-stakes Hollywood drama anyway. 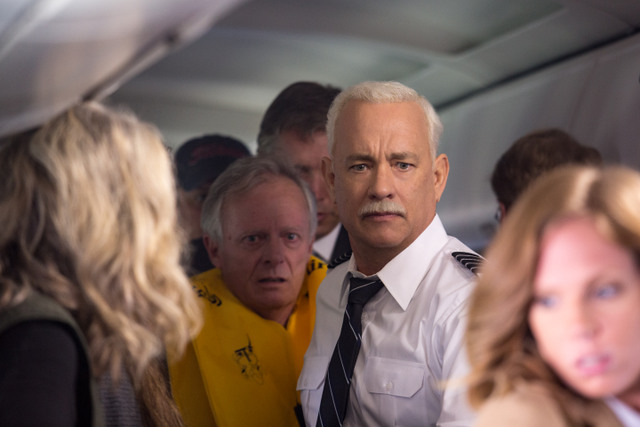 Eastwood continually shows various perspectives of the incident, including a nightmarish scenario where Sully doesn’t save the 155 passengers on board. Action movies might have desensitized audiences to these death-defying feats, but the angles and special effects numerous scenes help show this incident probably should have ended in a tragedy.

There’s a number of flashbacks from the viewpoints of Sully, the flight attendants, passengers and rescue crews as the event unfolds. Eastwood delves into all the various components that had to come together to create this feel-good story. As one character states, there hasn’t been a lot of good news with planes in New York lately.

The public quickly hails Sully as a hero complete with near 24/7 media coverage, appearances on David Letterman and a drink named in his honor. Eastwood subtly attacks America’s instant celebrity culture where today’s acclaimed hero is tomorrow’s villain.

Everyone wants a piece of Sully whether for a quick sound bite, interview or picture. No one seems to fully understand or even comprehend the toll the ordeal put on him. Eastwood makes a compelling case of how despite the fame, Sully has never felt more alone.

Hanks excels in the role of the reluctant hero trying to adjust to a spotlight he never craved only able to connect with his wife (Laura Linney) by phone while he’s making the rounds. Sully is quick to give ample credit to his flight staff and responder teams for their vital role in the rescue effort. 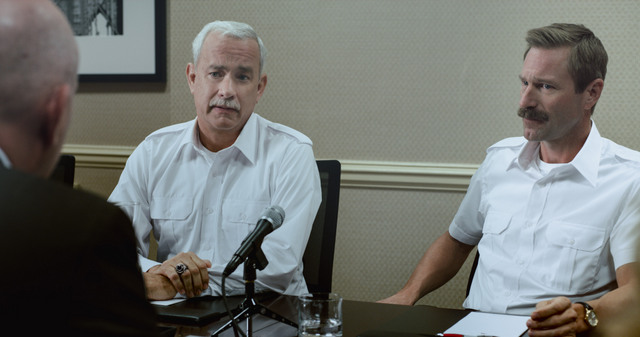 The film’s greatest conflict isn’t the potential crash, but the bureaucratic aftermath. National Transportation Safety Board officials launch a full-scale investigation to determine if Sully’s risky landing was necessary.

The NTSB is mostly concerned with their bottom line and avoiding any liability. That puts them in a bad light since the passengers’ lives seem irrelevant. NTSB reps, played by Anna Gunn and Jamey Sheridan (Arrow), come close to being vilified so having the likable Mike O’Malley as the point investigator was a smart move. Giving Aaron Eckhart (London Has Fallen) time to shine as Sully’s quick-witted co-pilot was another savvy and welcome decision.

Watching the rescue effort unfold is powerful stuff. This was a high pressure situation for everyone involved. Credit Eastwood for keeping the theatrics to a minimum and avoiding silly, manipulative cliches. 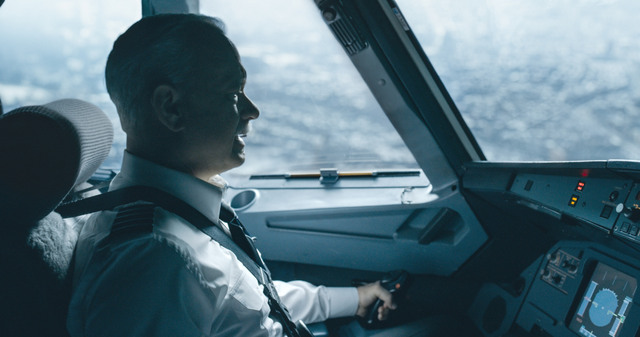 Paced at a very economical 96 minutes, Sully doesn’t overstay its welcome. This is sharp, focused and quality filmmaking. This is a flight you can just sit back and enjoy. Captains Hanks and Eastwood have everything solidly in control.