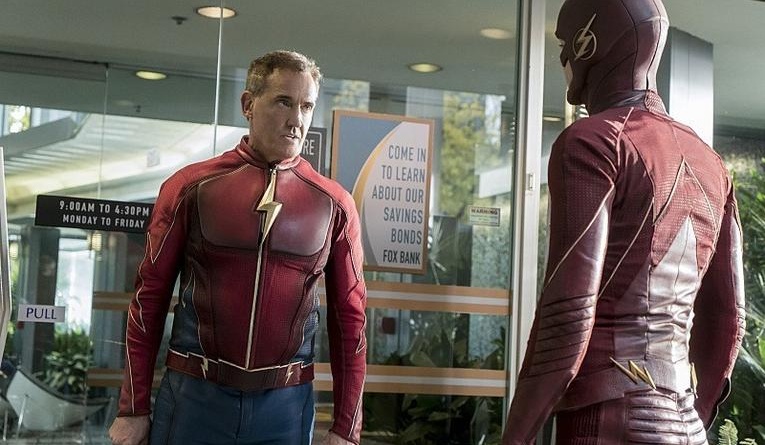 Eventually this season of The Flash is going to come undone. Barry’s main bad guy is a Transformers reject and there’s nothing scarier than what Michael Bay has done so it’s a wrap. Until that inevitable collapse from the fading thrill of The Flash beating another speedster, we can enjoy the run fun while it lasts. Ironically, that was the theme of this week’s episode The Present.

This was somewhat odd timing for the midseason finale. After the exciting Invasion! crossover, this was a more toned down and personal cap for 2016 that also doubled as the Christmas episode. Beyond Wells’ Clark Griswold homage, The Present provided the gift of one more crossover.

I like the idea of Barry popping up to get advice or a speedster assist from Jay Garrick. As enjoyable as his role as Henry Allen was, it’s so much cooler to see John Wesley Shipp suiting up as The Flash. And the cameo by Mark Hamill’s Trickster was terrific although as usual I wish these shows wouldn’t play spoiler with the credits. 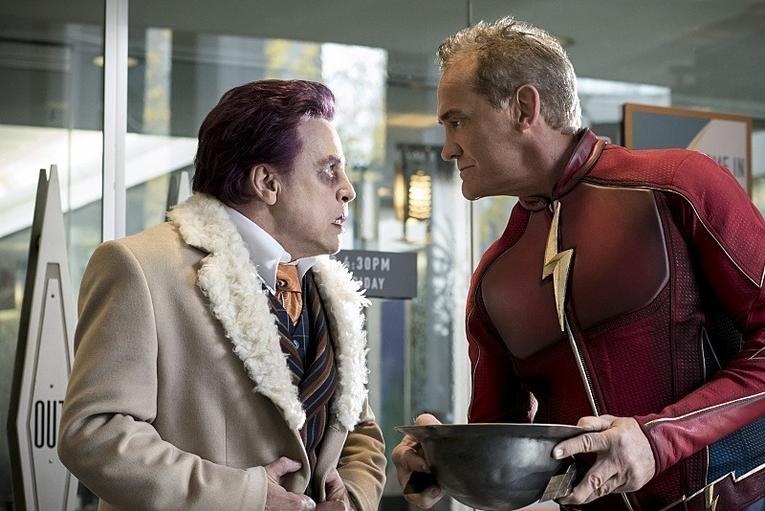 Earth-3 seems like a neat place to visit and hopefully the next stop will see Barry interacting with other Earth-3 heroes. We need to start populating these other worlds soon if my Crisis on Infinite Earths pipe dream comes to reality.

Definitely one of the best developments from Invasion! was Cisco isn’t still pissed at Barry. The Super Buds beefing was not good for my mojo. I was this close to taking Wells’ advice and sipping on some mint tea if that went on much longer.  Cisco never really felt that connected to his brother so it’s weird hearing him act like they were so tight. On the other hand, it’s good to see characters actually grieving loved ones and not instantly forgetting them after a few episodes.

Thankfully, The Flash moved at near super speed at outing Dr. Alchemy’s identity to Team Flash. I was worried it was going to take the gang 4-5 more episodes to figure out Julian’s connection to Alchemy. And it was a smart move having Iris being the one to help lead Barry to Julian to showcase her investigative skills and contribution to Team Flash. 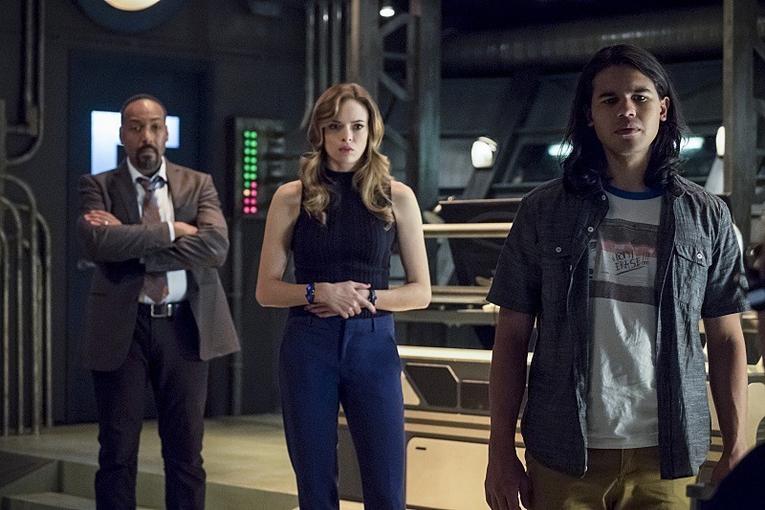 The twist of Alchemy being more of an entity than any one person was a nice touch. While Barry freeing Julian from Alchemy’s clutches doesn’t do much for their frenemy status, it should make the police lab scenes more entertaining.

It was good to see Joe finally pulling the trigger on a couple of things. That kiss to Cecile was long overdue, but it’s a distant second to giving Wally permission to be Kid Flash. I didn’t get Joe’s objection since his other two kids were constantly putting themselves in harm’s way. If nothing else, Joe can keep a closer eye on Wally as Kid Flash.

I don’t mean to harp on Savitar’s lousy design…no, I really do, but Savitar is being played up like a horror movie villain. He’s closing in and only vanishes if you close the magic box. Given the way Savitar has been handled, he’d come across far more menacing with a disheveled killer visual. The whole robot thing just doesn’t scream intimidating.

Savitar’s biggest moment came when he was speaking through Julian with his three premonitions. Someone on the team betraying the others would be cliché at this point as again it’s another thing that happened in the previous two seasons. 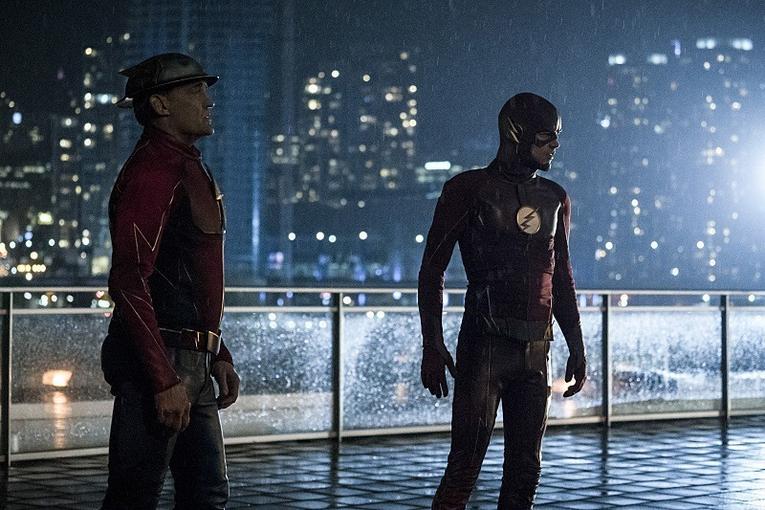 Barry traveling to the future and seeing Iris getting killed by Savitar was a solid red herring. I’m betting Wally is the one who gets killed possibly by running so fast he blurs into the Speed Force while saving Barry. But what could the fate worse than death be teasing?

At least Barry isn’t spending all that time brooding. Handing Iris keys to their new place felt almost anticlimactic when it sure seemed the ideal time for a proposal. Especially if Barry is worried he’s going to lose her.

Seeing those clues and teases unfold should make for a fun second half of the season at least until Savitar arrives to clank up everything again. The Present was far better than lumps of coal and hopefully for the New Year, Savitar gets a badly needed makeover.