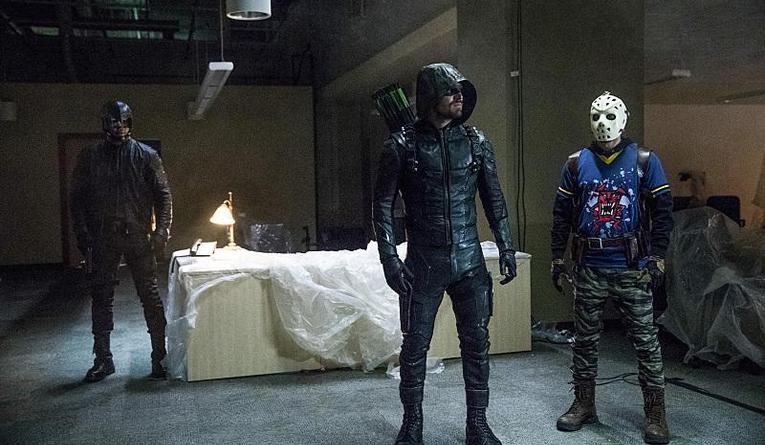 Maybe framing this year as Arrow’s comeback season might have been underselling it. What We Leave Behind might be the new benchmark for the series and further makes the case that Season 5 could be Arrow’s best season yet.

After last year this dramatic turnaround seemed highly unlikely, but Arrow has once again seized the top dog spot of the comic book based TV show set. What We Leave Behind had all the elements to make for a truly memorable episode. This could have been the season finale and I would have been perfectly satisfied with it. As is, I’m very excited for the season to resume Jan. 18.

And that mind-boggling final scene? Crazy and extreme props to the show runners for not spoiling that last second cameo by listing her in the credits. More on that in a bit.

Save the rinse, wash, repeat cycle of the Damien Darhk saga, Arrow has always delivered on the initial fight scenes of Green Arrow and the season’s big bad. The first encounter with the Dark Archer was great and I’d rank the first battle with Prometheus right up there. 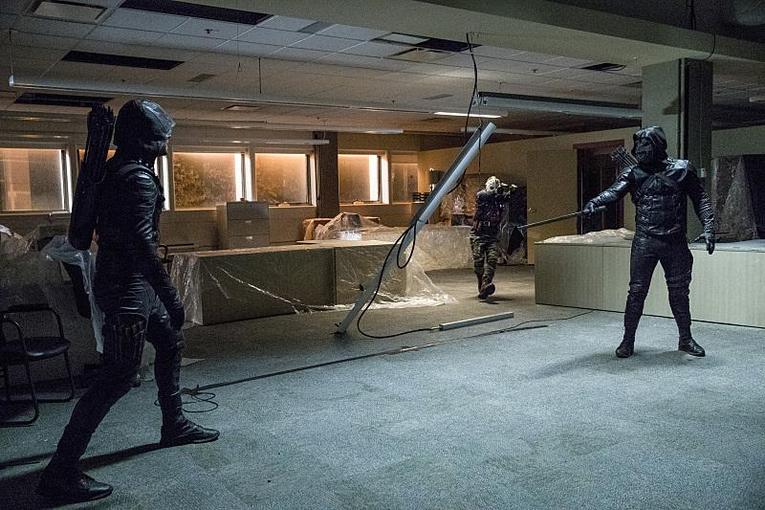 Despite the occasional visual challenge of distinguishing the two hooded characters, the fight was very well executed. As impressive as the GA/Prometheus battles were, Director Antonio Negret topped them with a stunning escalator sequence that rivaled some of the better fight scenes on Netflix’s Daredevil.

Similar to the problems bogging down The Flash right now, I was worried Arrow was dipping back into the evil super assassin bag again with Prometheus. And while he is still largely a weapons-based villain, there’s a more sinister, scary vibe to Prometheus. That’s complimented by a chilling vocal performance.

RELATED: Catch up on Arrow with the Episode Guide and Recaps

The callbacks to Season 1 were a great use of the flashbacks right down to the paint mask, Diggle recently being clued in to Oliver running around as The Hood and Felicity being the quirky tech support. That was fun and the seamless use of the flashbacks to retrace Oliver’s steps before the confrontation with Prometheus was highly effective. 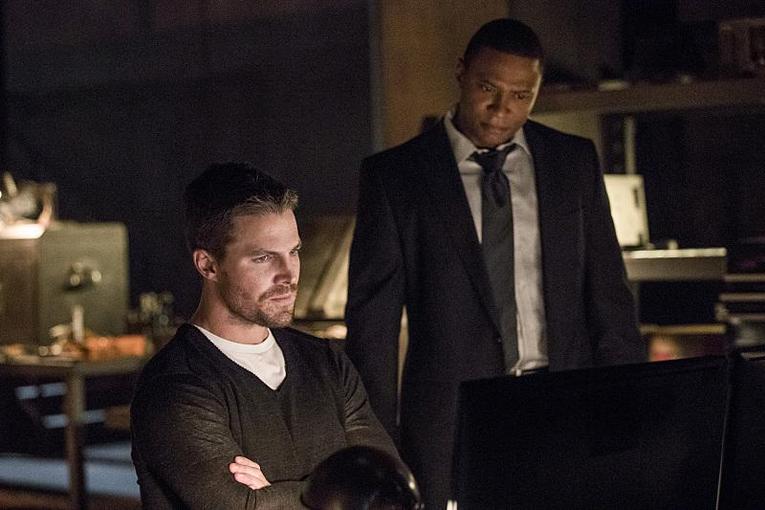 But there was more to the episode than just Arrow vs. Prometheus. Curtis finally had to come out to Paul that he is a vigilante after Prometheus attacked them. This was the best use of Curtis since, well … ever. It was no coincidence that Curtis became so much more interesting when given more to do than beat out Felicity for the geekiest moment. Paul ultimately leaving was handled very well. I liked that this wasn’t given the typical over the top CW romance drama and was instead treated in a way to make both Paul and Curtis’ perspectives understandable.

I was hoping for a more meaningful fallout from Artemis’ betrayal. Seemed like that was a card Prometheus could have held on to for a little longer. But it’s not like Team Arrow needs two female archers, right?

It was a nice touch to have Thea suited back up as Speedy. That helps make her appearance in Invasion less of a cheap throwaway and more sets Speedy up as a dependable reserve status Team Arrow member.

Prometheus’ big gambit was pretty evil suckering Oliver into killing Billy. It seemed like Billy was just around to be a possible Prometheus candidate so his death was a nice twist, especially since it came at Oliver’s hands. Thankfully, Oliver didn’t hide what he’d done leading to a powerful scene where Team Arrow rallied around their leader. Stephen Amell and Emily Bett Rickards were especially strong here. 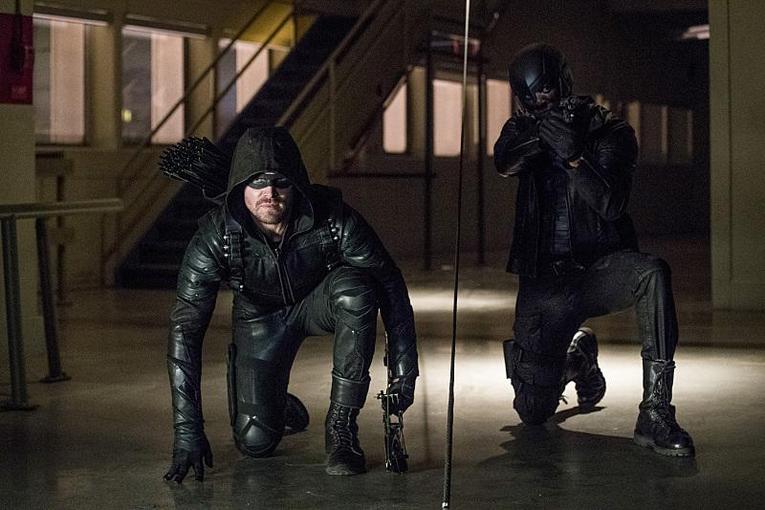 So is Prometheus really Justin Claybourne’s Jon Snow? That seems likely, but this season has already had some unexpected surprises so I’m not ready to bet on it yet. Prometheus setting up Diggle to take him off the board was a pretty devious move. It seems just a matter of time before he comes after Rag Man and Wild Dog.

But the biggest shocker was the return of Laurel. Is this some Flashpoint related side-effect? Some more time hi-jinks from the Legends crew? Or Susan’s mysteriously strong Russian drink? The possibilities are endless. I’m hoping this isn’t some tease and Laurel really is back.

That’s exactly how a mid-season cliffhanger should be done. Let’s get that New Year’s countdown rolling already.