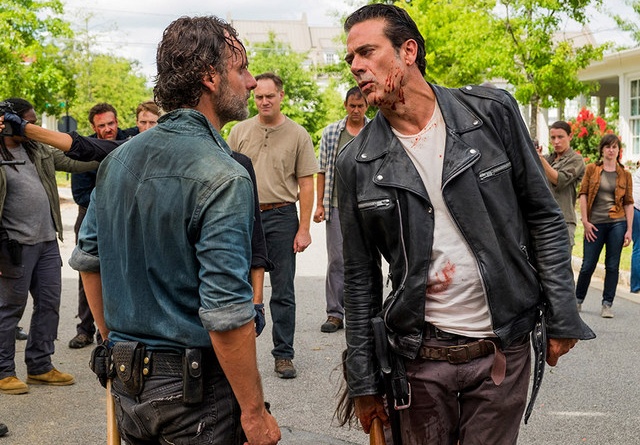 Too bad George Lucas already claimed A New Hope as that would have been a fitting title for Season 7’s mid-season finale. Sure, it didn’t come without the loss of a few more characters, but Hearts Still Beating marked the best possible midway point for the season.

To continue the Star Wars analogy, most of this season has played out like Empire Strikes Back. Rick and company have been relentlessly crushed and humbled by Negan and The Saviors. While Eugene won’t ever be mistaken for Han Solo, his forcible removal from the team kind of had that Cloud City feel to it. And the march to The Hilltop manor certainly triggered some Return of the Jedi feelings too.

Not going to lie, as much as The Day Will Come When You Won’t Be had me choked up (in a manly way), Hearts Still Beating triggered a similar response in its final 10 minutes. And it was the rare case this season where the 90 minutes was justified.

The episode got off to a bit of a rough start with the mad scramble to catch up with every character. That’s a by-product of the character standalone episodes.


Daryl made good on his Great Escape Part 2 pausing just long enough to scoop some peanut butter, grab something and bash the Savior motorcycle security guy’s head in. And yep, there’s still no sympathy for any one rolling with The Saviors. Jesus arrives just in time to finish witnessing the carnage and help Daryl escape. Thank goodness as Daryl trapped behind enemy lines was running real short of material.

It didn’t take long to remember that Carol isn’t nearly as much fun this season though. Over at The Kingdom, it was time for another fireside pacifist chat. Richard has a clear understanding of The Saviors and knows they have the predictability of toddlers and could go nuts at any time. If The Kingdom waits for the inevitable Saviors tempter tantrum, Richard says The Kingdom will fall. 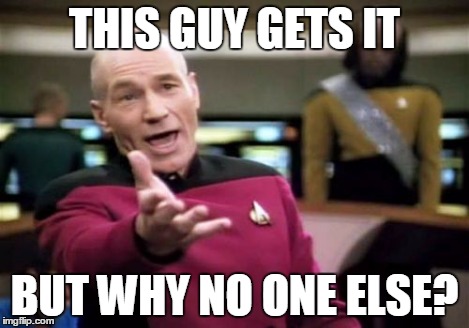 Richard sought Carol and Morgan’s aid in convincing Ezekiel they have to strike now. Carol’s ‘what? me? nooooo thank you’ response has gotten old. But it’s best to remember she bailed before Negan bashed Glenn and Abraham’s brains. Maybe learning that piece of info would help her revert to her one woman Commando mode?

At The Hilltop, Maggie was winning over the community. Not with her Glenn style cap tribute, but from her actions to help stop the walker onslaught. If there was an election, Maggie would definitely not get trumped. 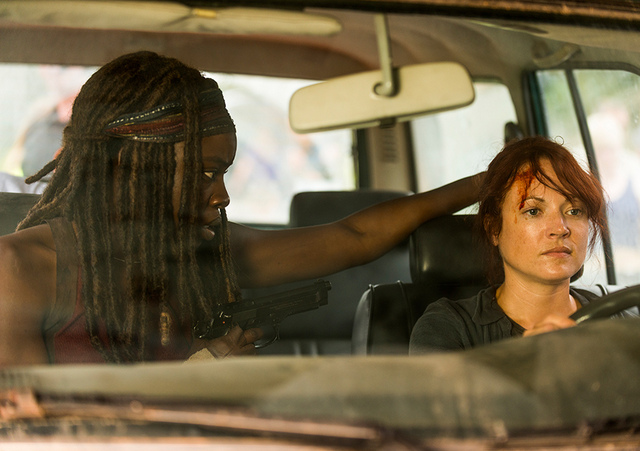 Michonne meanwhile, was off with her Savior hostage en route to The Saviors hideout for some advanced recon. She wasn’t there to kill anyone. Michonne just wanted to find a way to win. Betting the Konami code will be a non-starter in this instance. While it was cold, Michonne killing the Savior made sense, which occasionally is in short supply here.

Back at Alexandria, things were not looking good for our beleaguered crew. Negan decided to make comic readers happy and shaved his beard, which somehow managed to make Jeffrey Dean Morgan look more unhinged.

Olivia was determined not to be intimidated by Negan, which was way too strong a heroic moment for her. She should have carried a red flag around the rest of the episode.

Spencer opts for a different tactic and decides to buddy up with Negan. Perfectly fine playing the long game of being a good Savior soldier for weeks, months, heck even years, Spencer suggested a change in Alexandria leadership — himself instead of Rick. In every instance thus far, Negan’s homicidal tendencies have been a little unpleasant to watch play out. Watching him unload his Bowie knife into Spencer’s chest was shocking, but no tears would be shed. 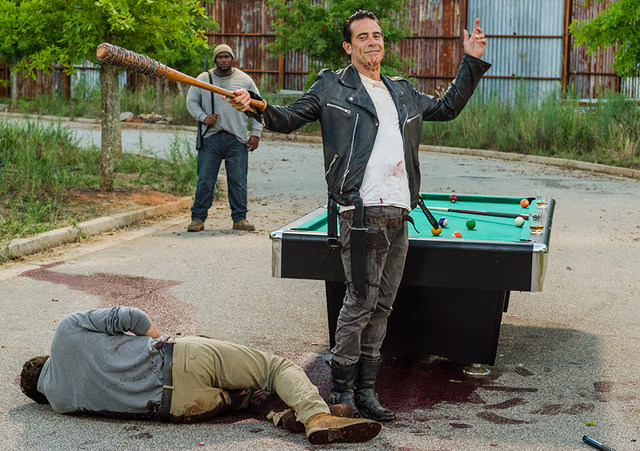 Rosita seemed destined to join Spencer considering her confessional with Gabriel. And let’s give it up to Gabriel for being one of the biggest successful redemption characters in the series. His heart to heart with Rosita was one of the strongest moments of the episode.

While she seemed OK holding off on going after Negan, Spencer’s death was the final straw. And with her dumb luck, she scored a direct hit…on Lucille. Recognizing a bullet maker would prove invaluable, Negan was ready to start dropping bodies (bye Olivia) until its creator surfaced. Finally, Eugene fessed up just as Rick and Aaron arrived.

They’d been off on a supply run. You’d think surviving a lake full of walkers would be the worst part of their day, but it got much worse. Aaron got assaulted by The Saviors, which was rough to watch as Aaron is one of the few who backed Rick’s plan to play errand boys for The Saviors if it kept everyone alive.

But this time Negan’s posturing and the overall entitled and bullying Saviors’ mood was enough for Rick. Michonne delivered an inspiring speech about standing up to the Saviors, but his mind already seemed made up. It’s time for a return to the old rip a dude’s throat out Rick Grimes. And the first order of business is getting the band back together. 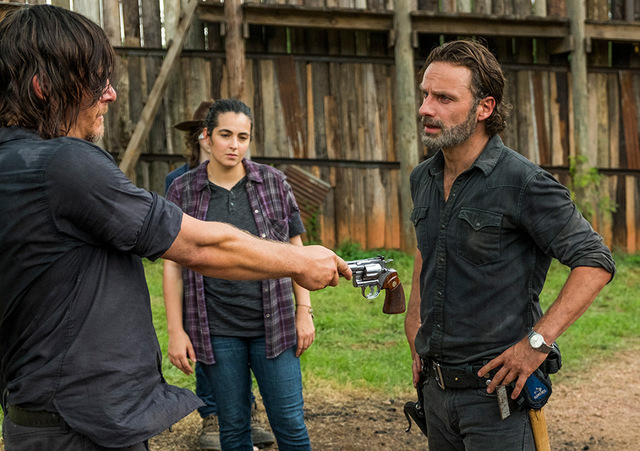 That meant a stop to Hilltop to reunite with Maggie, Sasha, Enid and … Daryl. The moment when Rick embraced Daryl was pretty emotional. Even more so when Daryl gave Rick his gun back, which he nabbed on his escape from The Saviors’ compound. This all but official alliance between The Hilltop and Alexandria gave me a Rohan and Gondor feel. The people of Middle East Coast are uniting to finally take the fight to Negan.

The first half of the season had been very effective in hammering home the fact the Saviors were pure evil. Hearts Still Beating finally provided some significant reason to be optimistic about the rest of Season 7. And maybe even a little hopeful.