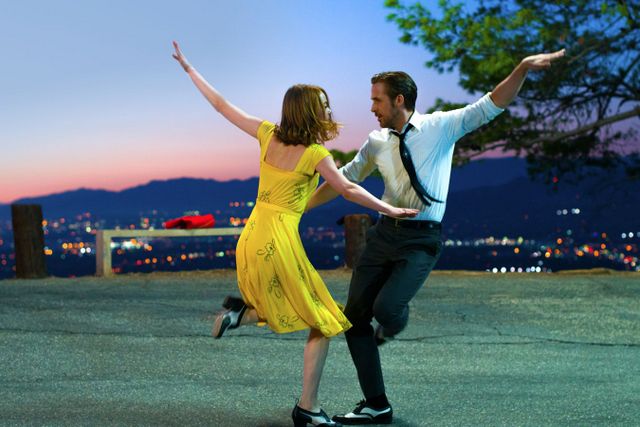 You’re probably going to hear La La Land repeatedly as Oscars talk intensifies. It’s on the short list of films most likely to completely dominate every Academy Award category it receives a nomination. And with all that hype, it still won’t do enough justice to one of the decade’s most magical masterpieces.

Watching La La Land must have been what it was like for audiences who can remember watching The Wizard of Oz or West Side Story in theaters before they achieved legendary status. La La Land could ultimately reach that lofty position thanks to its message that’s both timely and timeless: any dream worth having is worth pursuing with all your heart. There’s a throwback feel of hopefulness, optimism and sweetness devoid of all the snarky cynicism that throttles most modern movies.

Mia (Emma Stone, Birdman) is an aspiring actress toiling through one humbling audition after another. Stone runs neck and neck with Jennifer Lawrence for most likable, relatable actress. Stone doesn’t give bad performances, but with Mia, she’s gifted one of her most complete roles that she knocks out with her best work. Stone looks like she’s having the time of her life and her enthusiasm is contagious. It’s hard to imagine a scenario where Stone isn’t the favorite to win the Best Actress. 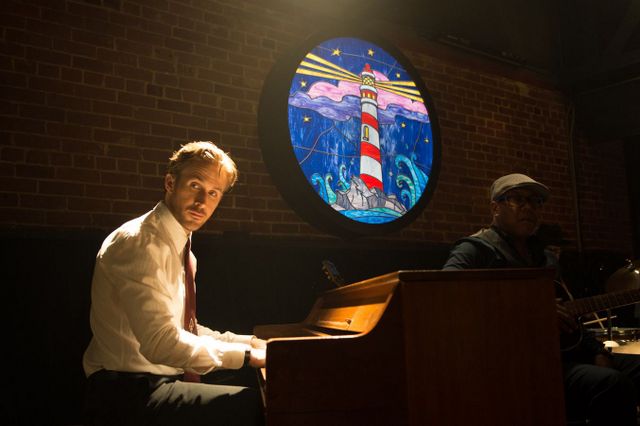 Sebastian (Ryan Gosling, Gangster Squad) is a jazz pianist desperately trying to save the music style he loves from obscurity. His dream is to open a nightclub that showcases jazz in its purest form. For now he’s stuck playing Christmas carols for a no-nonsense restaurant owner (J.K. Simmons, The Accountant) and 80s tribute bands. In a commendable display of commitment to the role, Gosling trained so he could legitimately play the piano. There’s no hand double/CGI assist here, that’s all Gosling.

It’s not until Sebastian and Mia connect after repeated run-ins that they get the encouragement they need to follow their deepest passions. Sebastian and Mia is a romance that’s easy to buy in to as they complement each other beautifully.

Director/Writer Damien Chazelle is the kind of once in a generation visionary talent to make most of his peers insanely jealous. The film’s opening sequence during a jam packed rush hour is astonishing in a ‘how’d he pull that off?’ way and that’s only the first of many incredible shots. 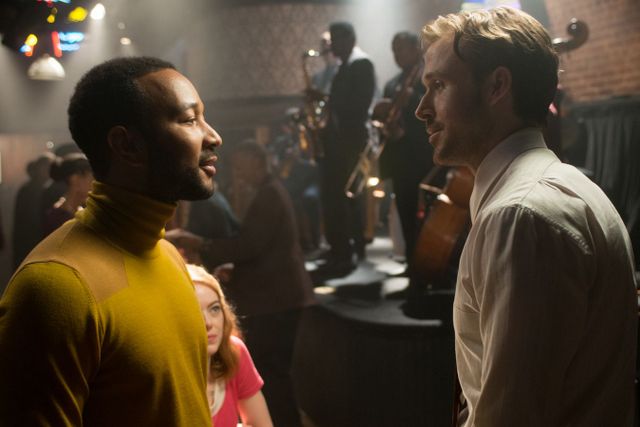 Chazelle is right on the cutting edge as evidenced by a party scene that incorporates elements from #TheMannequinChallenge long before that became the trendy fad. I didn’t love Whiplash like a lot of critics as it became a wearying experience. With La La Land, I couldn’t get enough and it was the rare occasion where I wanted to watch it again immediately after my first viewing.

There’s a lot that stands out in La La Land, but one of the biggest is Chazelle’s knack for making the right call. Whether it’s a daring shot, snappy dialogue exchange or timely use of musical numbers, Chazelle knows exactly what the scene needs to not just work, but excel.

While the film has a number of song and dance routines, it’s more of a romance drama with musical elements as opposed to an outright musical. That’s a delicate balance that Chazelle navigates perfectly. It doesn’t hurt that Justin Hurwitz’s songs and score are of the ridiculously catchy variety. Gosling and Stone don’t have overpowering voices, but they’re tender and genuine, which is more fitting for the tone of the film. 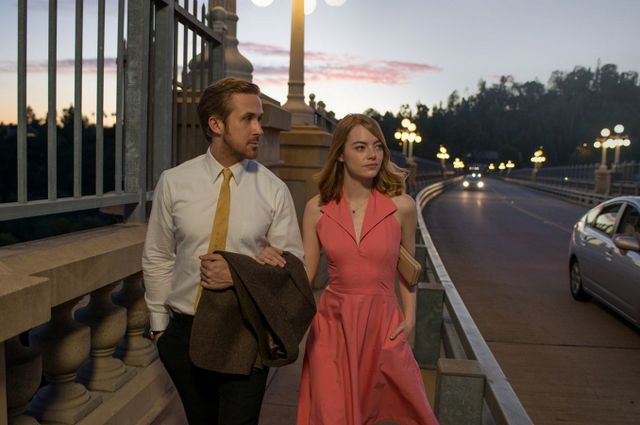 La La Land is a completely satisfying experience right down to its unconventional ending. This should be on the short list for everyone’s must-see Oscars movie checklist and everyone else who just enjoys great films.