The mid 90s were a taxing time to be a WCW fan. After The Dangerous Alliance were broken up, Vader’s impressive run as champ and Ric Flair’s return, the head honchos were willing to wash it all away with the signing of Hulk Hogan. Even in those pre-n.W.o. dark days there was some good coming out of the promotion. One of those key figures in keeping WCW watchable was Lord Steven Regal.

WCW’s TV champ could always be counted on to deliver some great matches whether battling Sting, Ricky Steamboat or the promotion’s up and coming stars. One of my guilty pleasure favorite tag teams was The Blue Bloods simply from Regal converting the uncouth Bobby Eaton into Earl Robert. As a WCW fan, Regal isn’t an Earth-shattering addition to the ranks, but he’s a solid roster builder from a time period Mattel has largely ignored in its Flashback selections.

Packaging:  As much as I like this current packaging, I’m ready to see what changes Mattel has in store for 2017. They don’t need to make wholesale changes to an already solid package setup. Regal is prominently displayed with all his accessories visible.

The Legends accent remains one of my favorite personal touches of the line and I especially like seeing the WCW logo. My main hope for next year’s package setup is for a more extensive bio to help explain the significance of the various Legends/Flashback figures.

Likeness:  Regal’s shtick was the stuffy, pompous aristocrat who could out wrestle most of his opponents. But his amazing facial expressions are what truly helped to distinguish him as the WCW roster got more and more cartoonish. Regal constantly looked as if he smelled something horrible and the figure captures that well. 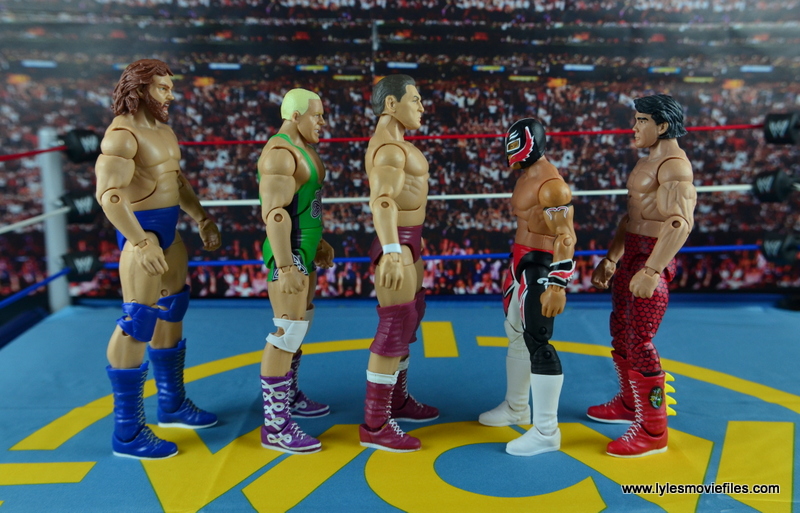 Paint:  Regal gets his straight maroon attire. I wished Mattel had gone his blue tights with the red stripe outfit, but I get the rationale with this decision. The maroon tights also work with a WWE version William Regal. I mention that as his paintjob isn’t the most exciting but accurate for the character.

Mattel even went the extra route and included Regal’s Chris tattoo for his wife, Christina. I love those little details. That’s slightly offset by the terrible execution of the boots. There’s a white stripe along the top to simulate his white socks, but it looks really bad. 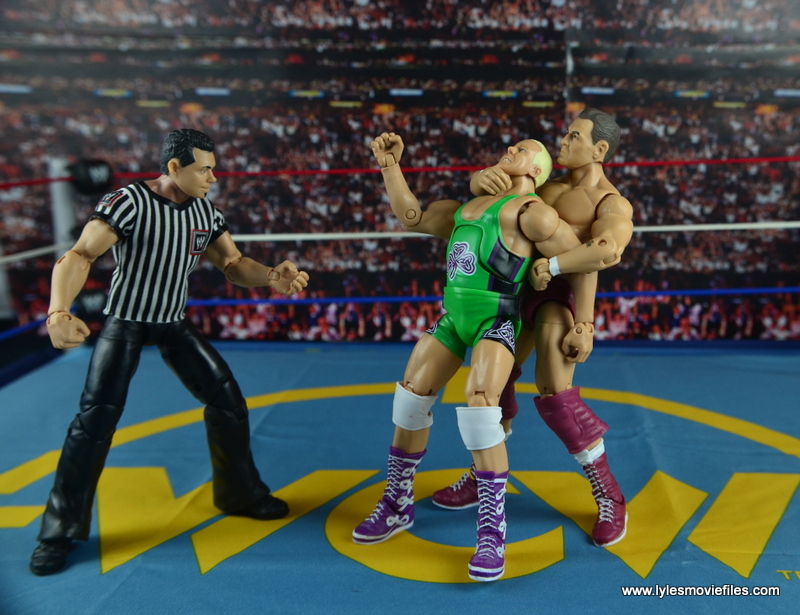 Articulation:  There’s not a lot of surprises here as Regal uses the standard Elite body. The articulation scheme is solid even if submission wrestlers like Regal call attention to the need for a bit more range in the shoulders. I got a decent Regal stretch, but there’s only so much possible with the back and forth limitations of the arms. The thick kneepads also hinder some of the articulation for submission moves. 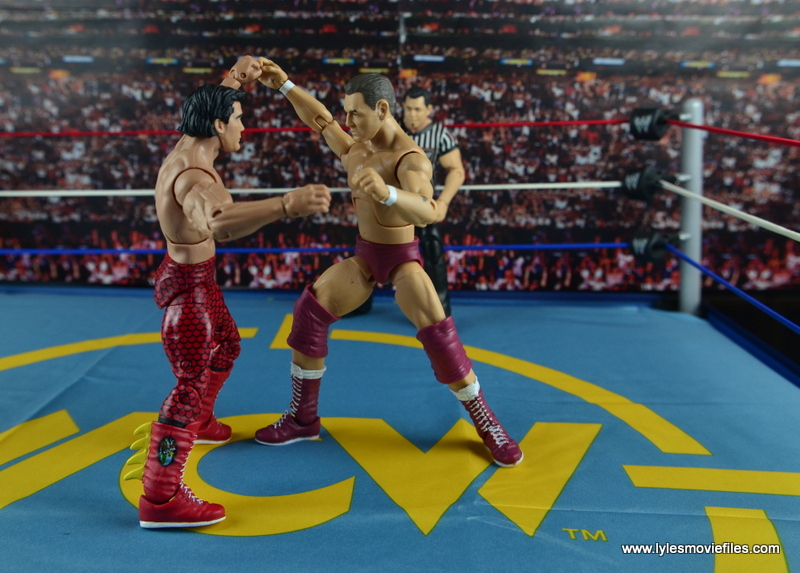 Accessories:  Regal gets his robe and collar ruffle. This is probably one of the few cases where the harder plastic makes more sense than a cloth robe. And even then Mattel used some of the softer plastic we’ve seen with The Nasty Boys’ coats. The robe has a good amount of detail with the ruffled sleeves and gold trim. Regal can’t raise his arms though, which is expected at this point with the plastic coats.

The collar ruffle simply wraps around the neck, but is a snug fit and doesn’t seem like it will get looser over time. 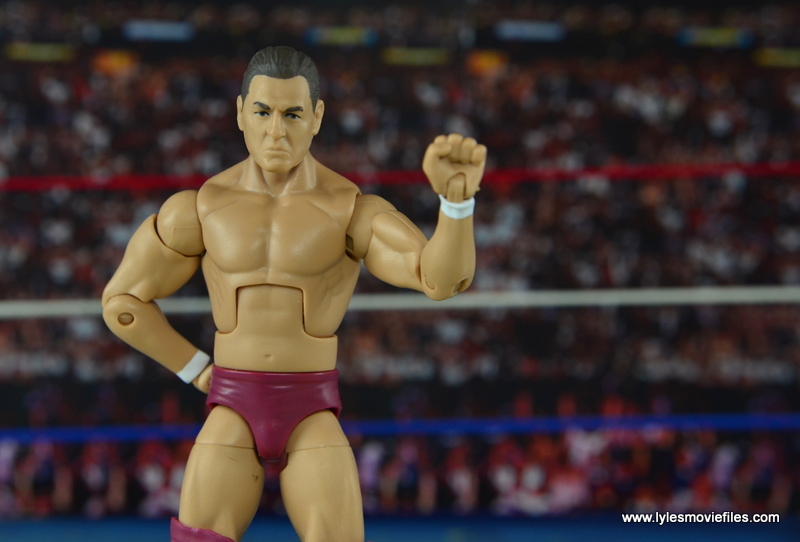 Worth it?  Right now, he’s going for an outstanding $12. That’s a great price and one I’d recommend pouncing on quick before his price ticks back up.

Mattel has neglected early 90s WCW for awhile, so it’s great to see their ranks getting stocked especially with quality figures like Regal.

Where to get it?  I found Regal at Toys R Us and have also read reports of Elite 45 popping up at Wal-Mart as well. Amazon.com also has most of the set in stock for retail price as well if you want to avoid the wait.