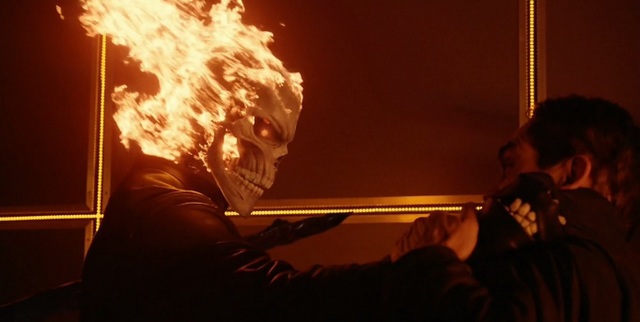 Agents of SHIELD’s winter finale, the Laws of Inferno Dynamics marked a fiery end to the Ghost Rider arc. But it’s likely the final scene that will leave viewers buzzing and ready for next year’s big storyline.

The big question is when exactly Aida made the switch of May and her Life Model Decoy. If any agent was going to be swapped May was the best choice since she’s the most robotic of the bunch. But May LMD didn’t exhibit any of the assimilation issues Aida regularly faces. 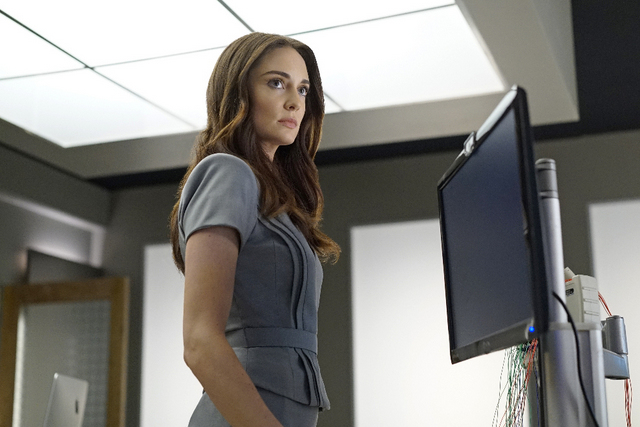 Clearly letting Aida get access to the Darkhold was a bad idea. That was bound to lead to a creation turning on its creator. I’m glad Mace referenced Ultron so there’s at least some apprehension with the new android ally.

Considering Agents of S.H.I.E.L.D. has tackled Hydra, Inhumans, Kree and ghosts, it’ll be interesting to see how a war against the machines plays out.

But first, the team had to deal with Eli Morrow and his matter manipulation abilities. AOS typically does a good job making sense of all the scientific techno-babble, but it was hard keeping up here. Basically, Eli was making a quantum energy field to do … something and Coulson sent the Secret Warriors to handle him. Like I figured, Daisy was back despite walking off last episode because she can’t quit S.H.I.E.L.D. 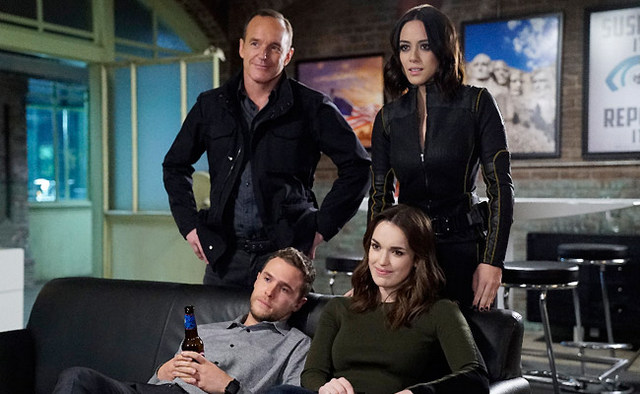 When S.H.I.E.L.D.’s big guns couldn’t get the job done, Robbie went after his uncle although not immediately transforming into Ghost Rider seemed stupid. Sure budget restraints mean he can’t flame on all the time, but it didn’t do Robbie any favors. On the plus side it did allow for a well-acted scene between Robbie and Eli. Gabriel Luna has been strong all year, but this was a terrific showcase for José Zúñiga. You could almost sympathize with Eli after constantly dealing with casual racism all his life.

It was cool to actually see Mace in action during the showdown with Eli. As usual, Mace had some of the best lines in Inferno Dynamics after he copped to being attracted to Aida. Yo-Yo got to do her best Quicksilver impression again. That’s one element where the TV take isn’t nearly as impressive as the movie version, but it’s still fun. 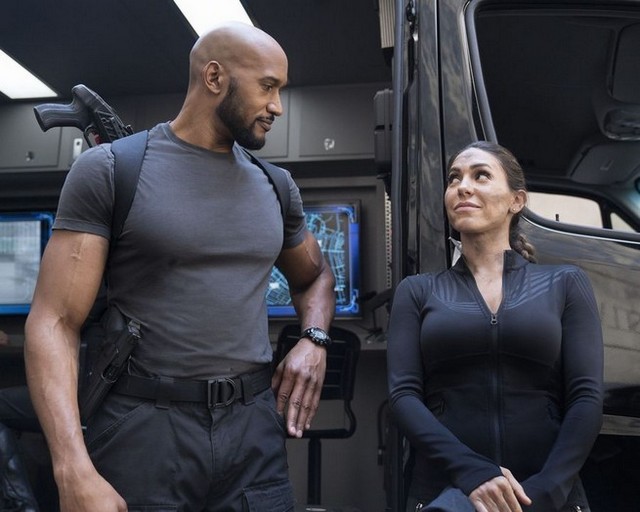 Eli and Robbie getting sucked into the Quantum Field felt really anticlimactic. That’s been a problem since AOS introduced these mega-powerful villain adversaries. The team can’t beat them and they either have to get shot into space or sucked into other dimensional wormholes. This likely isn’t the last time we’ll see either although SHIELD might hope Ghost Rider shows up in time to help battle the invasion of the LMDs.

As far as mid-season finales go, this was almost as good as last year’s shocker. AOS continues to be a show fully capable of evolving and exploring various untapped corners in the Marvel Cinematic Universe. I can’t wait to see what happens when it returns from break.