Paterson is one of those rare, assured films that isn’t particularly remarkable yet is enjoyable and charming in all the ways that matter most.

This isn’t a film filled with award-bait showcase acting scenes or shocking twists to manipulate viewers’ emotions. Director/Writer Jim Jarmusch trusts that the audience can get by without those go-to tricks. The reward is a simple, quaint look at an ordinary life 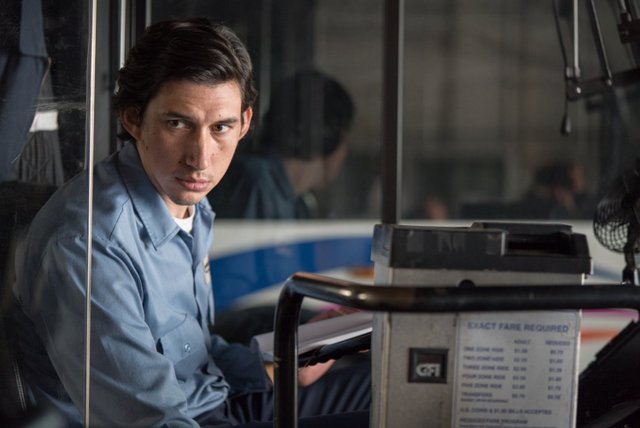 Adam Driver (Star Wars: Episode VII – The Force Awakens) is Paterson, a bus driver fully aware of the irony of living in Paterson, New Jersey. Paterson sticks to a rigid schedule and dutifully does his job. There’s no bellyaching about having to walk to work, the long workday or having to endure the sometimes ridiculous conversations of his passengers. It might not be the most glamorous gig, but he’s long made his peace with it.

Besides, the job provides time and inspiration for his true passion — poetry. While Paterson’s got talent, he doesn’t have higher aspirations than just having the occasional moment to jot down his thoughts. 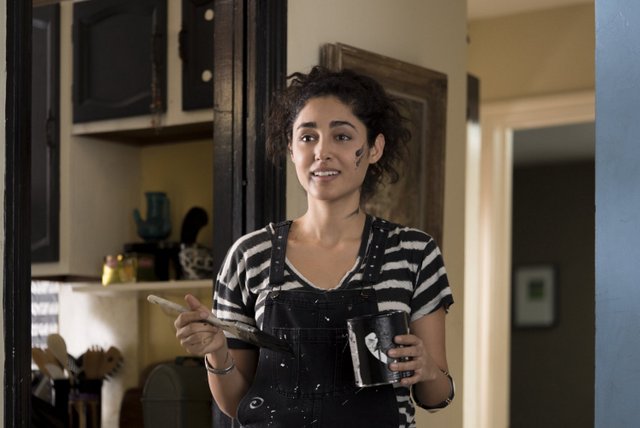 Golshifteh Farahani (Body of Lies) is immensely charming as Paterson’s free-spirited wife, Laura. Up for tackling any new creative challenge on a whim whether new recipes, paint schemes or outfits, Laura fully embraces every one of life’s possibilities. Farahani gives Laura such a zest for life that she almost seems to good to be true.

It quickly becomes clear that Laura is a force of nature Paterson is happy to be swept up away with and he’s simply enjoying the ride. And they’re both kept in check by the real ruler of the household their bulldog Marvin, the film’s real scene-stealer. 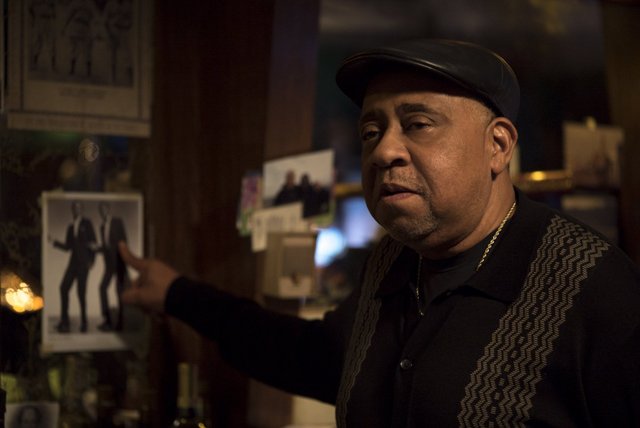 Whatever their financial status, Paterson has enough to spend a couple hours at the nearby bar chatting up owner Doc (Barry Shabaka Henley, Collateral) and the other regulars, including a couple (William Jackson Harper and Chasten Harmon) with commitment issues.

As the film progressed, I kept worrying the rug was about to be pulled out from under me. That Jarmusch would cave into some hidden pressure to add some unexpected crazy drama to spice things up a bit. In a way, that would have been a cop-out. Paterson doesn’t need forced drama to work. It’s just a no-frills necessary look at ordinary life through the eyes of ordinary people.

For some actors, that big showcase scene is essential in touting their performance, but that’s not the case here for Driver. He gives an earnest, thoughtful performance that’s really captivating. Often, Paterson just sits back and observe others and Driver does a fantastic job of making Paterson present, but not desperate for attention. Driver suggests there’s a lot more going on in Paterson’s head than he shares making him a fascinating ordinary guy. 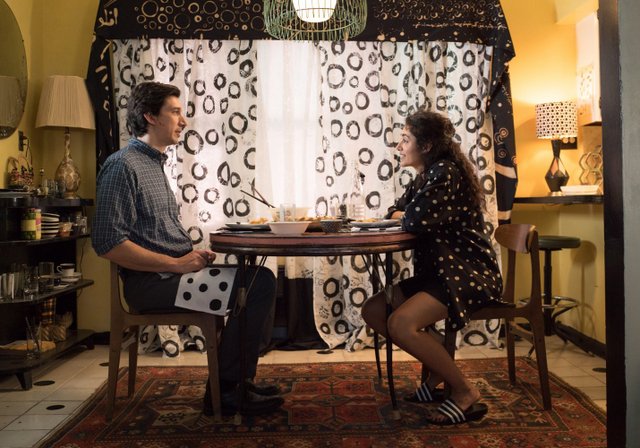 There’s no flashy moments, but somehow the two-hour run time didn’t feel nearly enough. I wanted to spend more time with this thoughtful poet, listen to Laura’s latest creative pitch or just get enveloped in Paterson’s world. That’s a pretty great sign of a movie well worth your time.