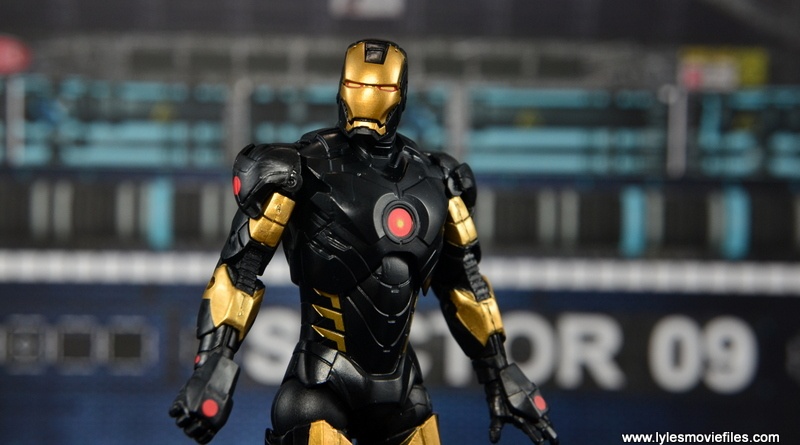 DC’s shift to the new 52 had an unintended side effect in terms of my comic readership. I went all in with Marvel Comics, which was making interesting changes to its universe without erasing decades of continuity. Pre-Secret Wars, one of my favorite titles was New Avengers featuring the Marvel Now Iron Man and his snazzy black and gold armor. As Iron Man is a money printing figure, Hasbro is quick to try and crank out as many armors as possible.

Despite Hasbro’s best efforts, Iron Man’s already moved on to two new armors, but I’m glad they released this version as it’s one of my favorite modern armors. Time to see if this figure is gold or tarnished.

Packaging:  The Marvel Legends line isn’t going to win packaging of the year by any means. It’s black and red color scheme is efficient, but the bio on the back is fairly worthless. I’d love to see a return to a more old school Transformers style with ratings on stats like intelligence, firepower, strength, courage, etc.

The most helpful part of the current design is the drawing on the side to spare you the trouble of rifling through the pegs so you can quickly find the figure you want. 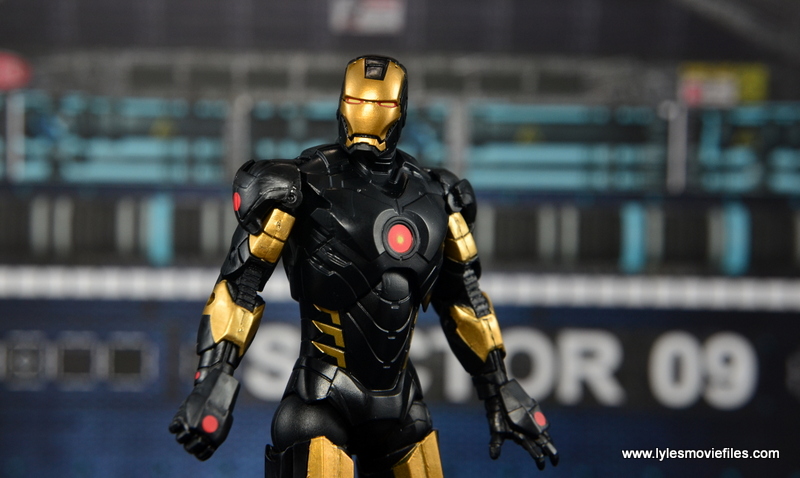 Likeness:  Typically, I’m not a fan of the exchange color for black designs, but this black and gold armor look works for Shell Head. It helps that Iron Man has largely stuck to some form of red and yellow/gold. If you’re like me, between Hasbro and Toy Biz, you’ve got a pretty extensive Iron Man armory and a little color diversity helps this one stand out.

Overall, there’s a really nice sleekness to the armor, which gives it more of a modern look. 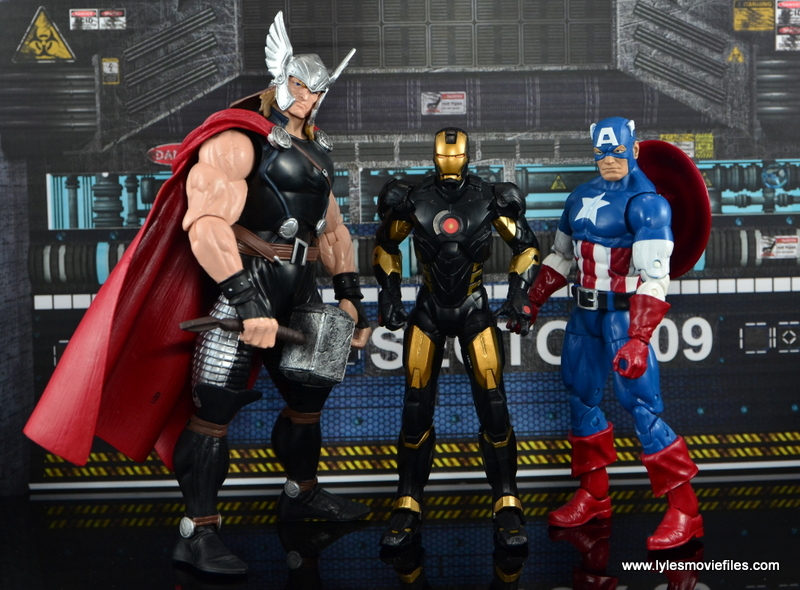 Scale:  That modern sensibility is all well and good, but the mold — a movie Iron Man buck — is too dainty and slender. I’d love to see just a bit more bulk added so the armored Iron Man doesn’t look smaller than figures of regular guys like Hawkeye and Falcon. 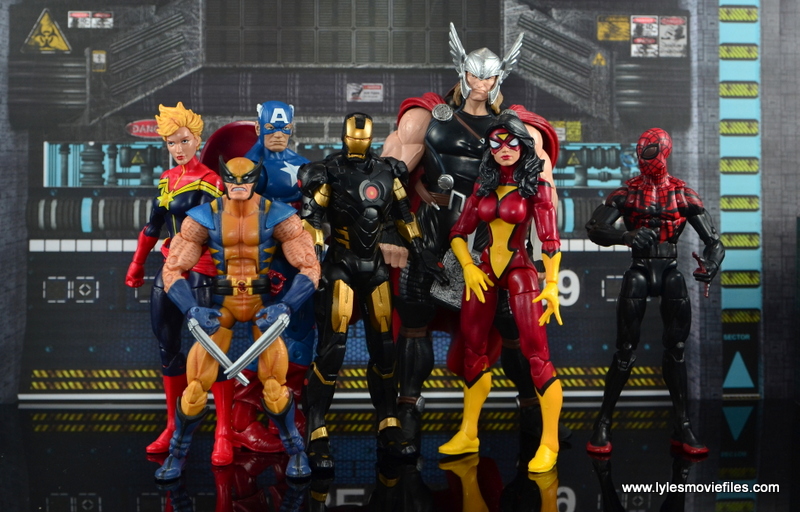 Paint:  Befitting a sleek suit of armor, the paint job on the figure is equally smooth and crisp. The black is nice and clean with just enough sheen to suggest a lightweight metal. The gold accents also look great and pop well against the black. There’s just a few things holding it back.

Most of the modern Iron Man suits tend to have a lot of visible energy points or light displays that capture that look of current technology. On this armor, that’s covered with red ‘glow spots.’ Hasbro’s paint jobs on the line have largely been spot-on, but this is definitely an area that needs improvement.

Here, it looks flat and just looks like random red dots painted on the armor instead of conveying these energy points. That effect also carries over to the eyes making the white and red out line get lost in the gold face plate.

As has been common with the 2015 Legends, there’s a distracting stamp on the figure. I suppose in this case, Stark could have just decided to put the model number on the inner thigh for some odd reason, but it’s something I hope is better concealed with future figures. 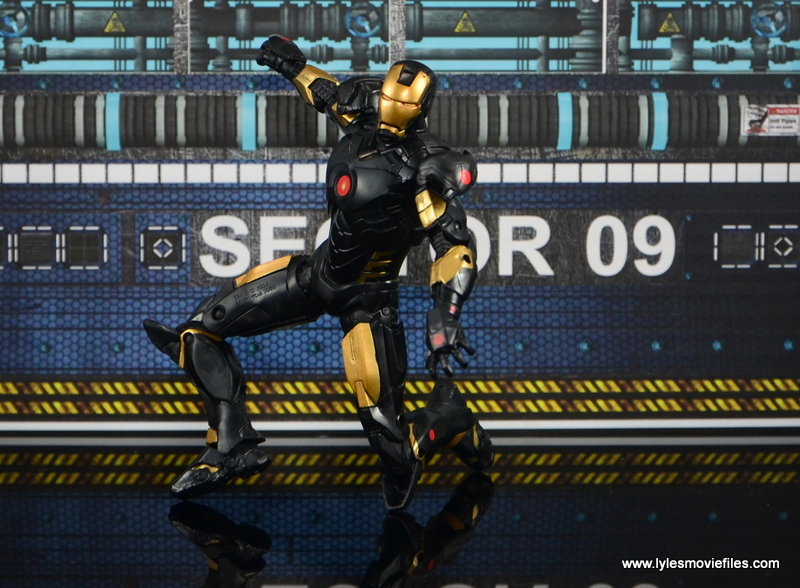 Articulation:  Besides the slender body this is where the figure takes the biggest hit. Apparently Hasbro didn’t feel the need to go typical Marvel Legends style with this armor mold. The shoulders have a flip up panel to allow for better movement, but they have a limit and pop off once you exceed it.

Further complicating the articulation, the torso lacks the common back and forth and is on more of a swivel similar to DC Collectibles’ DC Icons. The lack of waist articulation hurts too. 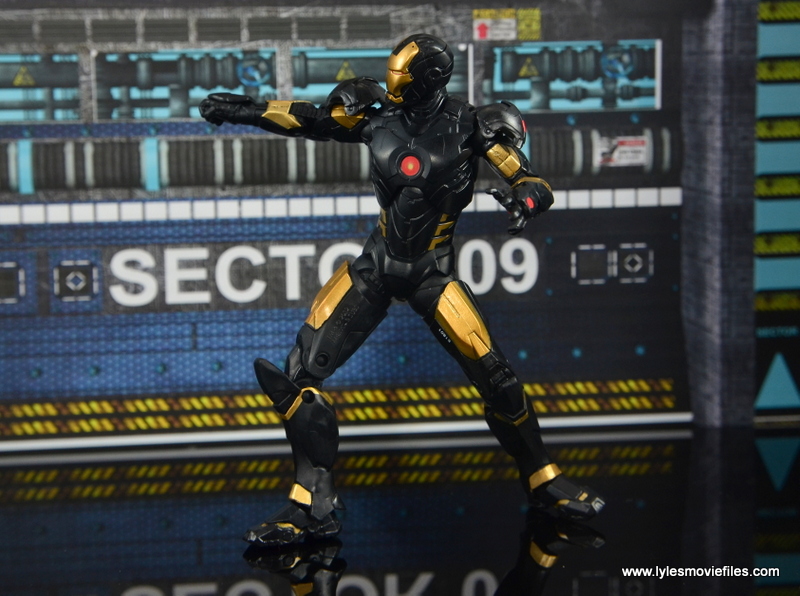 The ball hip joints are a pain to maneuver and their limited range really impacts the number of viable poses. Overall, the articulation is below typical Marvel Legends standards. 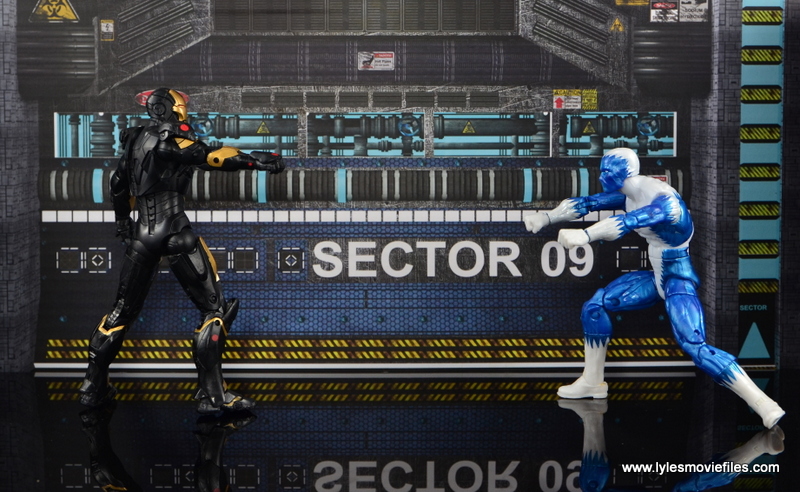 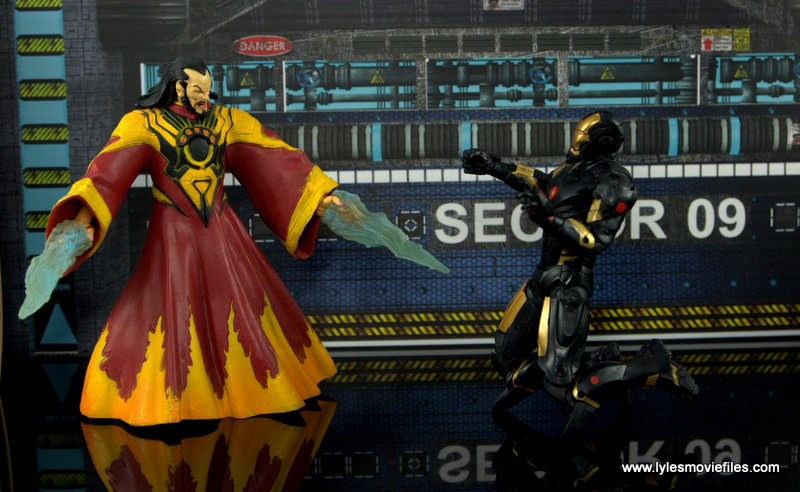 Accessories:  Iron Man doesn’t need any add-ons, but since this is the ML line, he comes with the right leg for the massive Hulkbuster Iron Man Build-A-Figure. 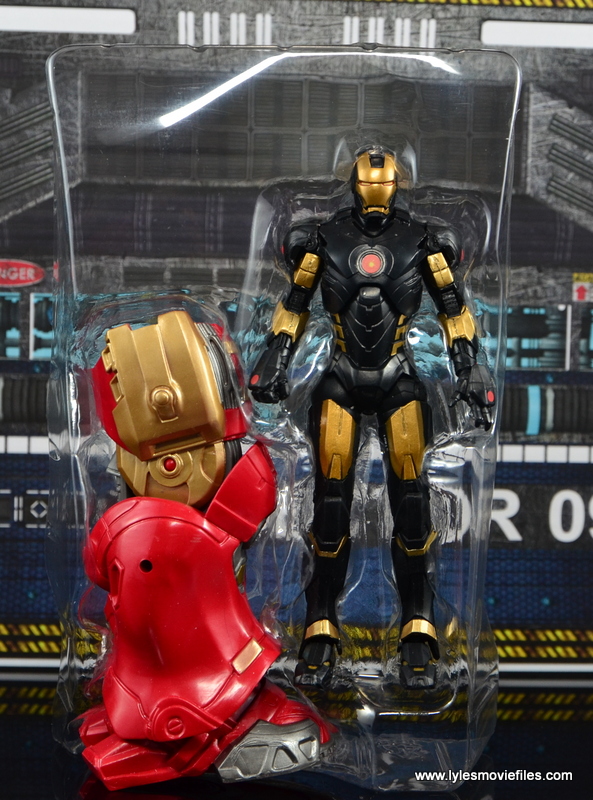 By the size of the leg, nearly as tall as Iron Man and a major heft to it, I definitely don’t feel like this is going to be a disappointing BAF. 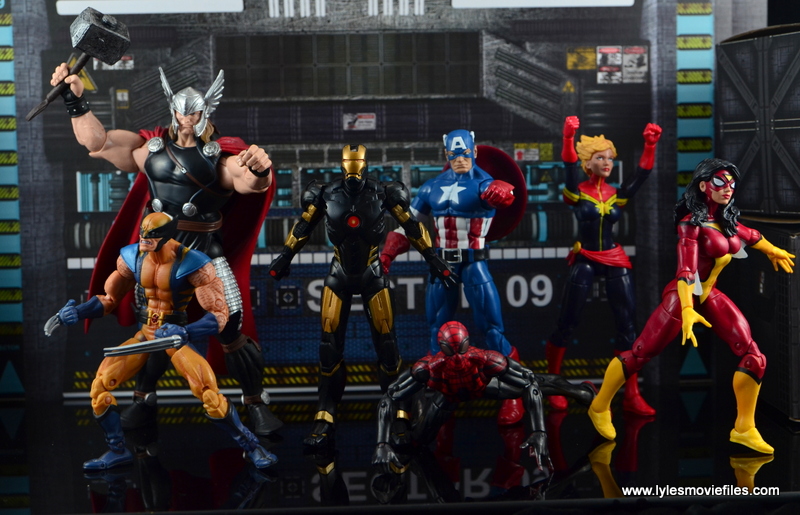 Worth it?  Right now you can get the figure for under $14. The ML line is one of the better values on the 6″ front even without the big discounts. Iron Man is aided by the fact that the BAF is going to be one of the best of 2015.

This armor variant looks great, but its articulation limits and smaller scale makes it much nicer to look at than be the new default Iron Man.

Where to get it? Walgreens and Gamestop are the main spots to find this wave at this point.

Check out Iron Man’s exploits in the Marvel Now armor in these collections: