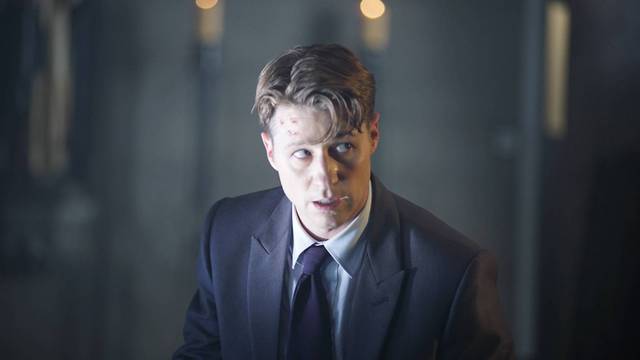 Beware the Green-Eyed Monster proved an interesting mid season finale for Gotham. It said a lot about Jim Gordon that he’s only a slightly better option than a roid raged Mario. Poor Lee was in a bad spot as Gordon’s bull in a China shop tactics left her life in shambles again.

Before that last act I wasn’t completely sold that the head-popping Mario wasn’t a more stable choice for Lee. At the very least you know he’s just going to act out of passion. Gordon is going to lead with his gun and fists in pretty much every position.

RELATED: Batman and The Flash try to solve The Button

That’s what both Jervis Tetch and Mario counted on and Gordon blindly obliged. Honestly, Gordon is becoming frustrating. He’s so easily played and outmaneuvered he looks like an idiot way too often. At least Bruce has the excuse of being young, but even he makes smarter choices. And this Bruce has no problem trying to put a (promise) ring on it with Selina.

I’m not quite sure what exactly is the point of the Bruce/Court of Owls storyline, specifically Bruce’s end game. Sure, he, Alfred and Selina can off a few Talons here and there, but what is the final plan? Not that the storyline has been bad, but it’s a bit confusing. At least Selina’s mom popping up should keep things interesting in the interim. 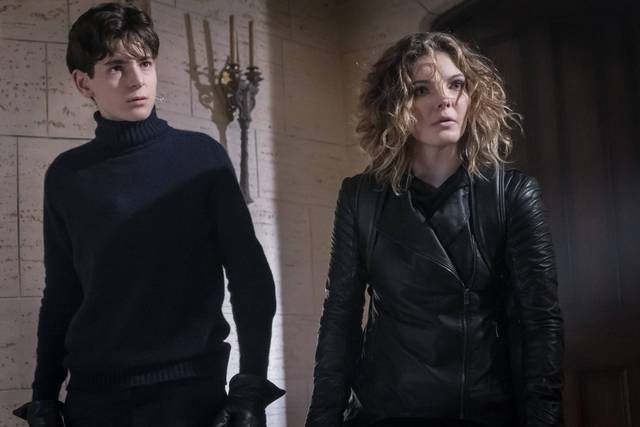 I liked that Tetch is still able to rattle Gordon even while stuck in Arkham. Their rhyming confrontation was a cute moment recalling Batman and some of his more unhinged Rogues. It was a curious about face for Mario to suddenly be in complete control when earlier the mere thought of Gordon snapped him into a murderous rage.

But in the end it was worth it for Gordon’s declaration of love albeit in the weakest manner possible. No wonder Lee went on to marry Mario. Too bad the episode needed such an immediate cliffhanger as it would have played out better for Gordon to learn how Mario passed the Tetch blood test a few episodes later. All the same, killing Lee’s husband probably while he tried to kill her probably isn’t going to help Gordon’s reconciliation cause. And he might have more important concerns since he broke his promise to Carmine Falcone about killing Mario. 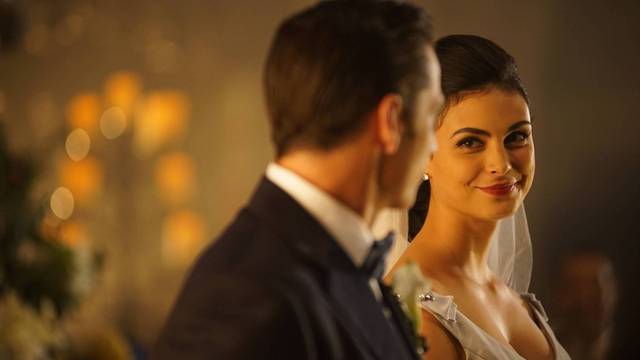 As entertaining as that subplot should be, I’m even more interested in seeing the further developments of the Nygma/Oswald situation. I’m glad Barbara isn’t the type to keep a secret and immediately told Nygma that Oswald ordered the hit on Isabella because he loves him. And since he’s not one to go for the quick thrill, I’m looking forward to seeing Nygma’s slow burn quest for revenge. Hopefully this will wake Penguin up into being more than an unrequited lover.

And the thought of a Barbara-led underworld is definitely intriguing. She’s crazy enough to make that a lot of fun. It also plays into the subtle storyline all season of Barbara wanting a more significant seat at the table. Now she’s aiming for the main seat.

Green-Eyed Monster was a strong way to cap the first half of the season. With a ton of potentially terrific storylines and major fallout to come from this episode, Gotham’s second half is shaping up to be very interesting.