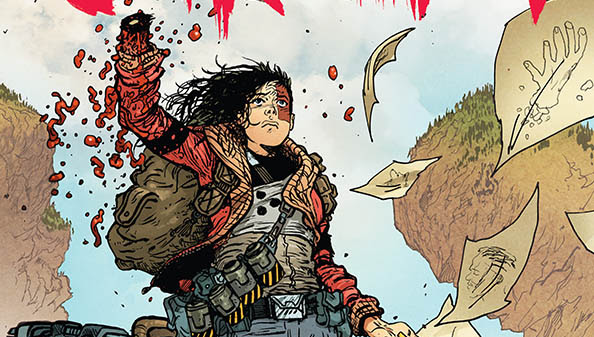 Image Comics/Skybound Entertainment is launching a series that promises to be more than the typical with EXTREMITY.

I like the Mad Max vibe from the series. Extremity sounds like it could be a lot of fun and has just enough new wrinkles that it’s not the same old same old story of a desolate and bleak world. 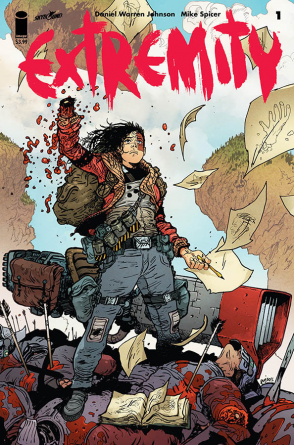 Thea dreams. Not of a better life, but of revenge on the clan that ruined her family. With ferocious battles between man, machines, and monsters ahead…who knows where her quest for vengeance will take her?

‘EXTREMITY is a comic that I’ve been working out for over three years,’ said Johnson. ‘It’s had many different variations as I’ve created it, but the final product is something I’m very proud of. There are scenes in this book that were a tremendous joy to draw, and I believe that joy is present in my story and in my lines… I hope you try it out and I hope you enjoy it!’