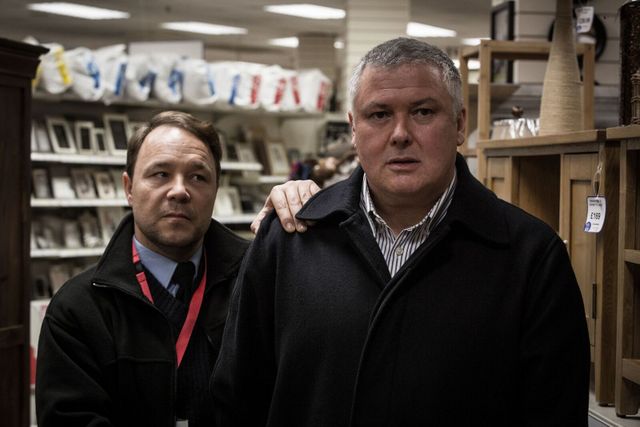 It’s early 2017, but A Patch of Fog is likely to be one of the year’s hidden treasures. Expect to see this surprising thriller on a number of ‘best films you didn’t see, but should’ lists come December.

The film has been stuck in limbo since 2015 and finally sees the light with a VOD release. It’s description might not sound particularly sexy or fresh, but it’s well worth the chance and doesn’t disappoint.

Sandy Duffy (Conleth Hill, Game of Thrones) is a highly esteemed personality and teacher acclaimed for his groundbreaking novel A Patch of Fog. He’s just got this tiny problem of being a kleptomaniac. The thrill of getting away with it is intoxicating. Until he gets busted by store security guard Robert (Stephen Graham) who threatens to expose him unless Sandy hangs out with him.

Sandy’s got a lot to lose. A Patch of Fog is approaching its 25th anniversary and Sandy is being flooded with media requests. Not to mention his cushy TV show and teaching gig could all be cut if he’s revealed as a petty thief. Reluctantly, Sandy obliges and the two strike up an uneasy and complicated friendship. 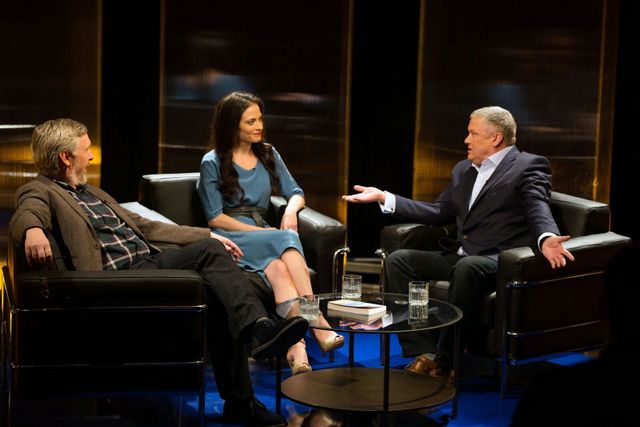 Like any forced relationship, their friendship is a constant subtle battle for control. For Sandy, it’s simply to keep Robert in line and not to let this weirdo ruin his life. Robert however wants to do anything within (and out of) reason to ensure Sandy stays his friend.

Graham is one of those consistent character actors that’s always good, but relegated to supporting roles. He makes the most of his opportunity in the spotlight with a multi-faceted performance that’s at times charming, chilling and always unpredictable.

And there’s some delicious irony in watching Hill, one of Game of Thrones’ chief manipulators, playing a character constantly being outwitted.

At times, Robert and Sandy alternate between the protagonist and antagonist making for a very unique experience. Sandy initially comes across as more sympathetic as he’s dealing with a weasely blackmailer. But as the film unfolds, character sympathies become a much more fluid concept that constantly changes.

The script, by John Cairns and Michael McCartney is surprisingly smart. Some of these Fatal Attraction style thrillers go to excess and ridiculous shocking moments to keep the audience invested.

Cairns and McCarney trust that they’ve developed the characters in a genuine enough manner to keep viewers hooked. Their script has enough surprises to keep from becoming altogether too predictable as the film unfolds in the best manner possible. 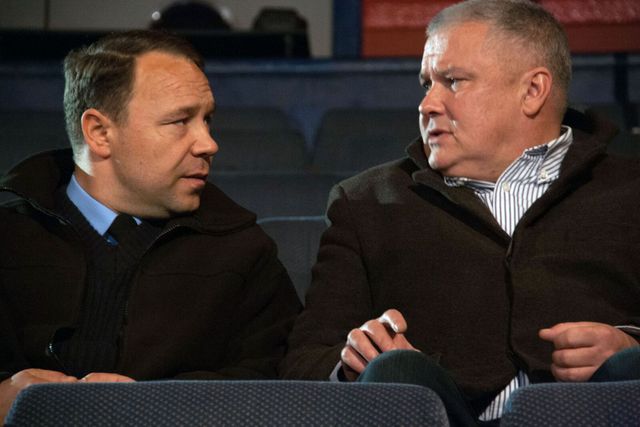 Director Michael Lennox skillfully keeps raising the tension with each interaction between Robert and Sandy. With each emotional escalation, there’s a mounting sense that this is going to end badly for one of them.

Lennox confidently guides the film through its just right 92 minutes length. He doesn’t need to resort to any crazy unrealistic scenes to make the movie connect. It’s far more unnerving to see how quickly someone can invade another person’s life without any crazy antics.

There’s a clever final act that would make Hitchcock proud with some smart twists and a fitting irony-filled conclusion. Video On Demand films can be tough propositions, but A Patch of Fog warrants a wide audience. Don’t miss out on this one.