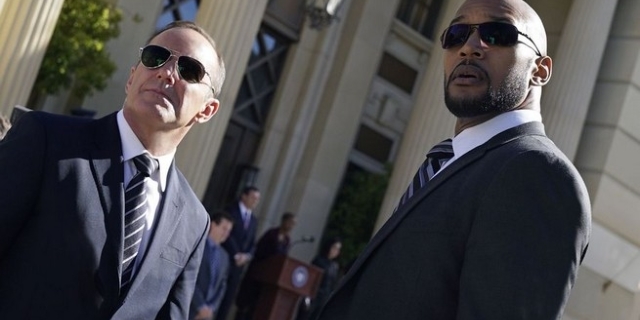 Even for a spy series, it can be tricky juggling too many secrets at once. That’s why a major one had to get revealed in The Patriot with the truth behind Mace. It was another strong episode in a fourth season where that’s the new norm.

There’s been some teases that not all was as it seemed with Mace, but I dug that he was a fraud all along. A well-meaning fraud, but one that wasn’t an Inhuman or even super-powered without the aid of supplements. This was a shocking twist although it was weird that Mace got his powers from a strand of the Kree serum that helped save Daisy. Seemed a missed opportunity to tie Mace in to Captain America somewhat and show the government is still trying to replicate that formula.

While the setup was great, is the government really that low-tech that Mace had to lug around a huge briefcase with a couple of syringes? Heck, Rex Tyler was able to whip up a little pill back in the 40s. Maybe DC scientists are just smarter than Marvel’s top minds … Well, at least The Patriot got to feature Adrian Pasdar chomping down on scenery as General Talbot.

I got a kick out of Coulson and Mack rocking suits in their best Men In Black impersonation. In fairness, I’d completely be down for a Coulson/Mack spin-off with them road tripping and encountering random crazies in the Marvel Universe. The action throughout was great from Quake levitating to stop the sniper, the Quinjet explosion and the ranger station fight. Even the battle with Mack and May and the mercenary leader was unexpectedly awesome.

Fortunately, the show runners didn’t write him off. Mace might be over the top at times, but he’s brought some much needed levity this season. With Mace exposed to SHIELD’s inner circle, he tried to do the honorable thing, but Coulson wasn’t having it. He’s fine with Mace as the public figurehead, but now Coulson is fully back in charge. About dang time. 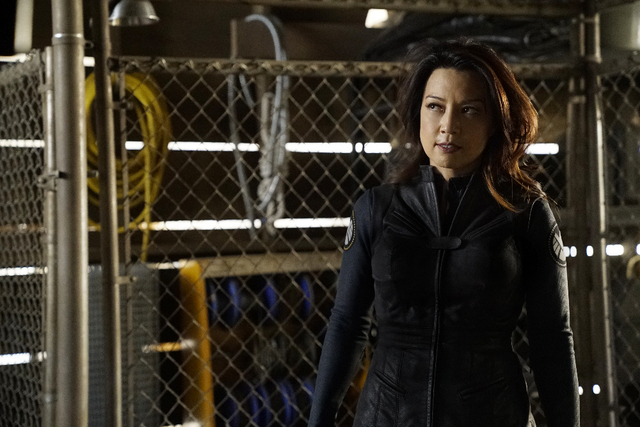 Holden Radcliffe and Aida were still scheming to figure out a way to get access to The Darkhold again. The Radcliffe/Aida dynamic is terrific. Radcliffe is constantly browbeating Aida and she’s gradually getting more and more tired of his condescending attitude. And it was a clever move having May regret the serene stasis scenario Aida created to keep her calm. May doesn’t do calm and peaceful.

LMD May is starting to realize something is up, but it’s the Fitz/Simmons dynamic that’s off this season. Everyone’s favorite lovable tech support are being less for laughs and romance drama and more traditional characters. That hasn’t been the best fit for them as their charm was their quirkiness, not being lesser versions of the other team members.

Fitz’s obsession with fixing Aida hasn’t felt earned. Sure, he was involved with Radcliffe in getting her operational, but Fitz is treating her like a puppy. Short of opening multi-dimensional portals when Thor is busy there just doesn’t seem to be a logical reason for trying to restore her. And it’s too soon to have Fitz keeping yet another secret from Simmons especially when he’s seen the worst case scenario. 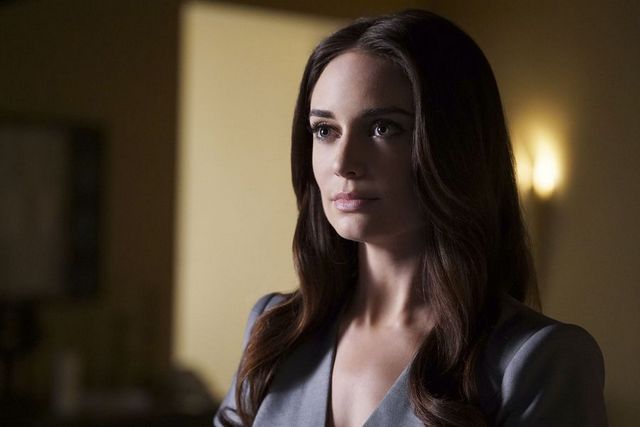 The Patriot was more of Season 4 goodness for Agents of SHIELD. Usually by this point in the season, AOS has started to buckle under its storylines. That hasn’t been the case here thanks to a seamless transition from Ghost Rider to the LMDs.