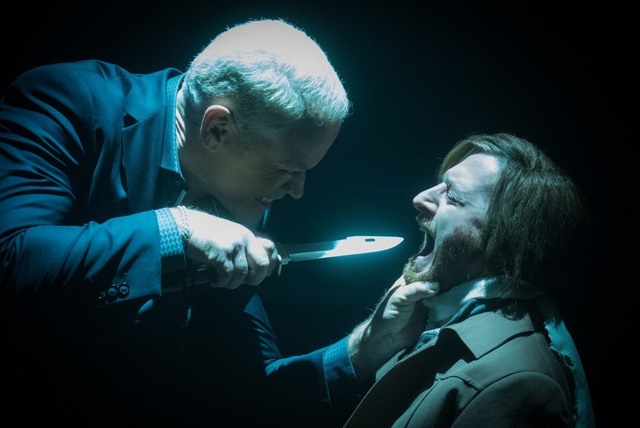 Never let it be said that Legends of Tomorrow doesn’t provide immediate fan service. Last week, I mentioned it would be pretty amazing to have a Legion of Doom focused episode and right away the show delivers. Challenge of the Super Friends was one of my favorite old school cartoons.

Between the bickering, posturing and even fighting, Legion of Doom played out just like a classic installment of that weekday afternoon addiction. It helps that just like their cartoon counterparts, this Legion of Doom is just straight up fun to watch.

The fun started right away with a Damien Darhk intro complete with Legion of Doom logos and opening. It’s taken this episode for me to fully appreciate all the numerous and welcome changes from the first season. Like actually having charismatic villains that can carry an episode.

Fully playing into the adage there’s no honor among thieves, Darhk and Merlyn started questioning Thawne’s loyalty. Thawne’s constant darting in and out of time periods suggested he needed them more than he let on. Turns out it was Black Flash coming to take out the Speed Force aberration.

Thawne was running the risk of becoming too dominant and with two other alpha villains, the dynamic needed some slight tweaking. The cartoon LOD constantly had a different member hatching some crazy scheme. And as enjoyable as the Merlyn and Darhk interaction has been, it’s even more fun with all three playing off each other.

Since the show is called Legends, they had to get some attention even if it was more of a cameo role. And this was a fitting moment to revisit Stein and his time aberration daughter Lily. Victor Garber has unexpectedly become the heart of the show so it wasn’t surprising that Stein’s scenes with Lily were terrific. Stein can be too stiff at times and having him caught up in his feelings was a nice change of pace. 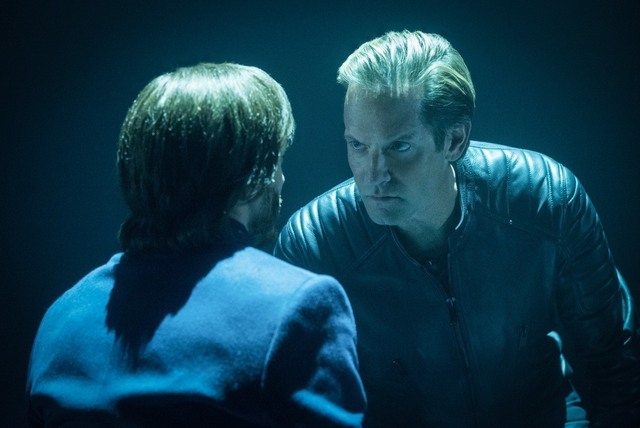 The rest of the crew tried to crack the reason for the Legion of Doom’s alliance. I appreciated how the brainstorming session played out with Stein providing the pivotal clue about Thawne becoming an aberration after Eddie Thawne’s sacrifice. Legends was based on the foundations of two shows, but I loved The Flash reference. If this was a comic book, I could almost see the caption box saying: See The Flash S1, Ep. 23.

Rip was stuck playing the quivering pawn for most of the episode. Hippie Rip had played its course and I’m very intrigued at the brain tampered Rip now working alongside the Legion. Legends has really turned the corner since its midseason break. The decisions and risky chances are paying off big time resulting in some of the best episodes of the series.