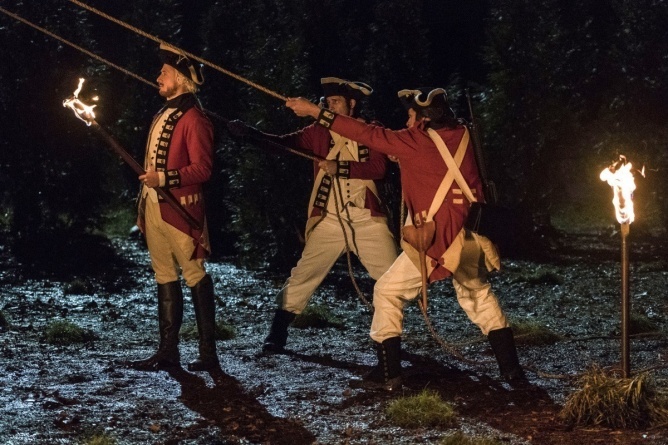 After Legends best episode of the season, Turncoat failed to maintain the momentum going to some old habits best left in the past. There was ok, bad and awesome making for a jumbled installment. That seemed all the more ill-timed as this was a loosely themed Christmas episode. Plenty of time to play Scrooge later, let’s break down the awesome elements of Turncoat.

Easily the best was evil Rip. It was fitting his British accent returned just in time to lead a British regiment against George Washington in 1776. A lot of the historical figures on Legends come off stiff and flat, but Randall Batinkoff managed to give Washington a genuine presence. And the pairing with Mick was a little silly, but fun, especially with the historic payoff. Mick deserved the statue since he was the only one bothered to focus on the mission.

Clearly, the Legion of Doom was having some ironic fun putting Rip in this time frame. Rip didn’t care though since he just needed a distraction to retrieve another piece of the Spear of Destiny from the Waverider. Given that he had all of time to find a hiding space for the three parts of the Spear, leaving one on the ship was pretty uninspired. Yet another reason to like Heel Rip.

Arthur Darvill gave Rip a crueler, more jaded edge making for a nice contrast from hipster Phil. Rip was always a little too stiff as the team leader, but this darker side instantly made him much more interesting. Hopefully whenever he rejoins the Legends, he retains a little of that edge.

Evil Rip was certainly a lot smarter using an EMP to knock out the team’s tech and shooting Sara. That forced Jax to step up to a leadership role. Franz Drameh often gets shortchanged with silly subplots, but he’s come on lately thanks to much improved writing. Jax had some great moments facing off against his former captain desperate to believe he could be cured only to want to kill him after thinking Rip killed Sara. Still, it was a boneheaded move to let Rip walk off with the shard for the sake of Christmas.

Ray being stuck at Atom size all episode was a nice switch although the rat chase was goofy. Gideon can whip food out of thin air yet getting rid of a rat is a problem? 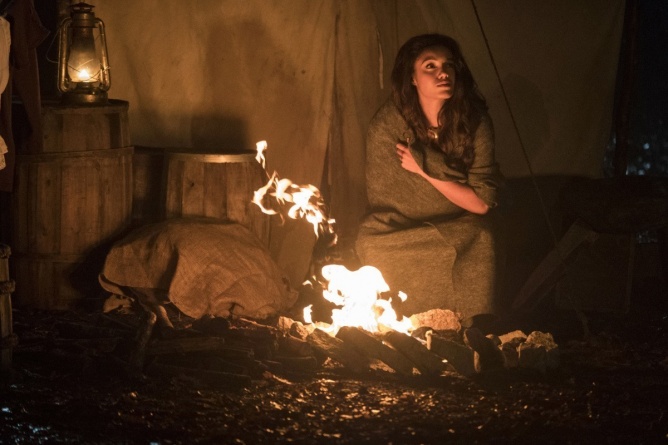 My biggest issue was the unnecessary Nate and Amaya pairing/hook-up. Granted, Legends does a better job than most of not following the unwritten CW mandate to put everyone into a relationship, but it’s the last show that needs romance drama. Did everyone forget Ray/Kendra/Carter?

If anything, the writers missed a terrific opportunity to explore the generational cultural differences with Nate and Amaya. She’s the one character in the Arrow-verse that’s suited to be a prude or simply more reserved.

In just a handful of scenes, Amaya drops everything she’s been taught about courtship, dating and relationships for a random tent hookup. Amaya doesn’t have to be a prude, but the writers treat her less like a woman with principals and more a child that goes along with what everyone else is doing. Good thing she encountered the Legends first instead of the Legion of Doom.

Something clearly was off with the season scheduling as Christmas was the main focus. Or as Sara described it as the day where we remember to be our best selves. Maybe that wouldn’t play nearly as hokey in December as it does in February… Besides, I’d prefer to have seen how Merlyn, Darhk and Thawne were spending the holidays instead.

Turncoat was a very mixed bag episode. There were some great aspects, but some eye-rolling moments as well. Legends definitely doesn’t need to go back to its old formula, but I’m more optimistic things will turn around with the trip to Camelot.