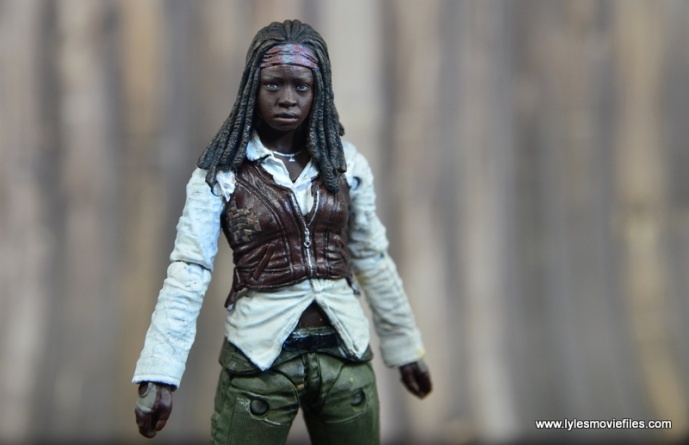 I got into McFarlane Toys’ The Walking Dead line late. The articulation and likenesses were sketchy early on. I first started paying attention to the line with the vastly improved Michonne and Merle.

While I prefer the first figure’s outfit, McFarlane’s next Michonne sported much better articulation. In the toss up, I went with the figure less likely to topple over with the slightest movement. Let’s see if I made the right call.

Packaging:  Michonne is part of the Terminus wave so the backdrop features that ominous sanctuary.  The packaging has always been a little too simple with no breakdown of the accessories let alone a bio.

Likeness:  The McFarlane sculptors did another outstanding job on Michonne’s likeness. All of Danai Gurira’s features are wonderfully captured in the head sculpt. The dreadlocks have a nice layered appearance with some well done texture so they don’t just look like plastic strips.

Michonne’s long-sleeved outfit also looks great. There’s a terrific layered look to the outfit from the open shirt revealing the necklace to the vest. I love the little touch of the shirt not being tucked in so Michonne’s stomach is peeking out underneath. 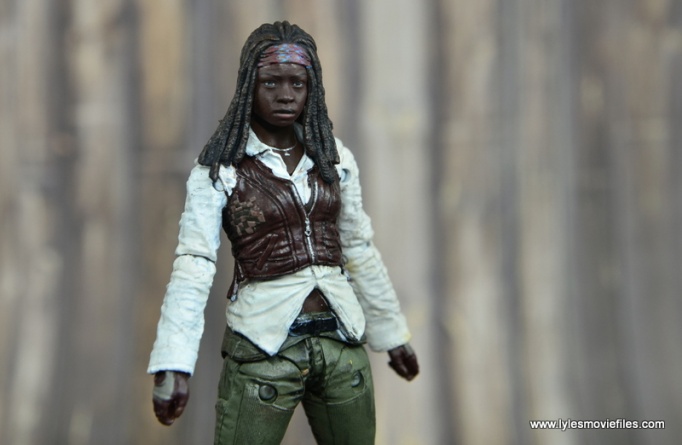 The cargo pants look good, but my favorite might be the boots. One has the cuff up and open while the other is folded down. That’s a great touch and really gives the figure a lot of character.

McFarlane Toys said the switch to the larger 7” format was to be able to show off all the details, but figures like Michonne prove size doesn’t matter. All the detail I’d want is packed into this 5” figure. 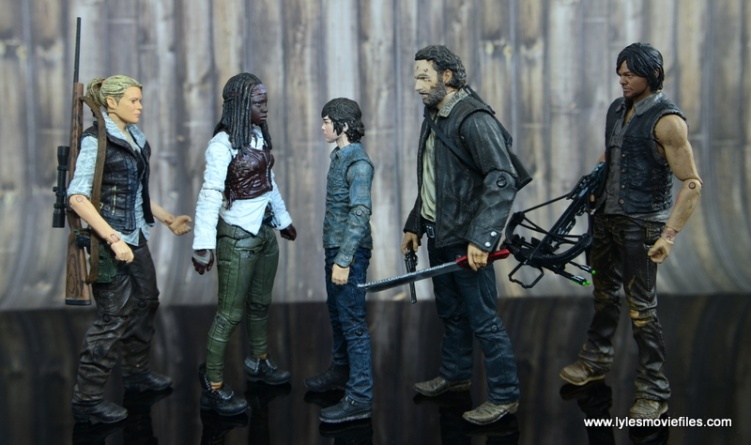 Scale:  Fittingly, Michonne is smaller than the average male characters reflecting her height on the show. Gurira is 5’7” to 5’10” co-stars Andrew Lincoln (Rick Grimes) and Norman Reedus (Daryl Dixon). 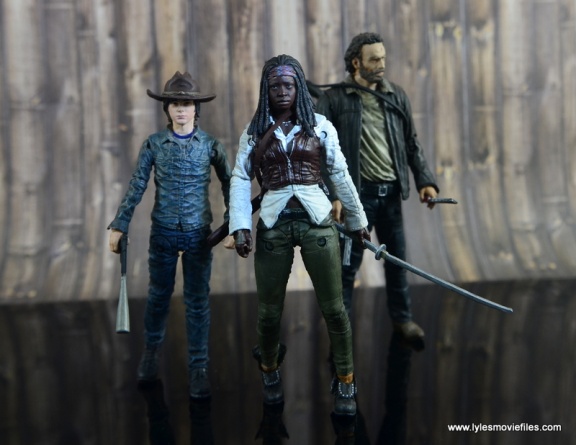 Smaller details like the tile-like pattern on the vest are great and the studs on the boot are flawless. There’s only a slight splotch on the green pants and a little overspray on the stomach, but otherwise, Michonne is the standard the line should always achieve.

Articulation:  As always with this line, the articulation is just about there, but lacks those final points to get to the next level. Elbow and knee movement is critical especially for close quarter fighters like the Grimes Gang. 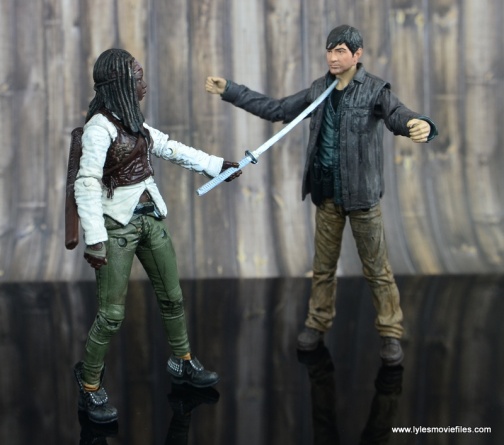 The missing waist articulation is offset since she’s got a torso joint. This has been a critical missing piece of articulation and really helps with posing options.

But the weak range with the knees and elbows pop up again and in Michonne’s case limit the more dynamic katana swinging poses. Most frustrating, the articulation hinders a dual grip katana pose that looks decent. 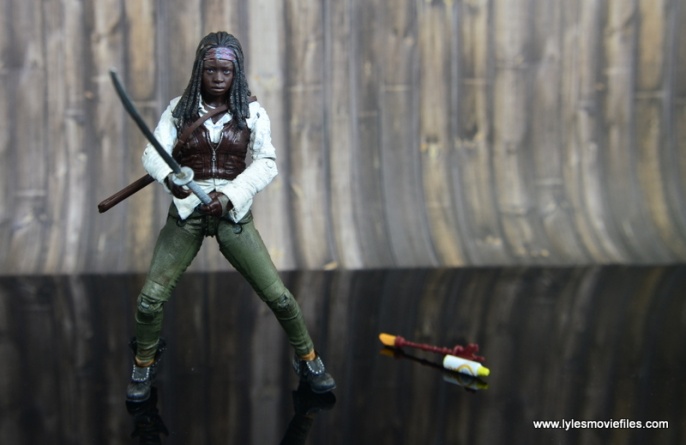 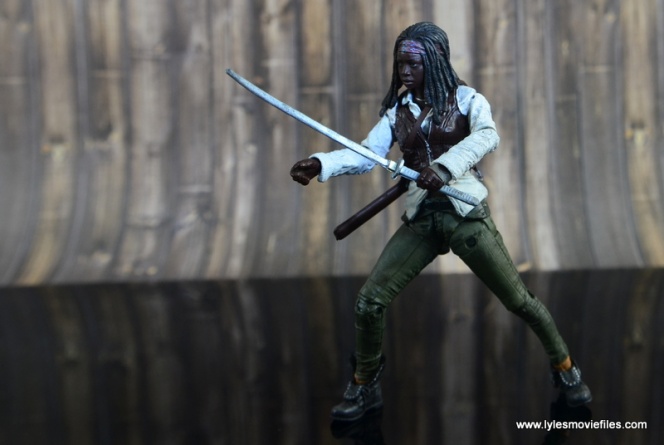 Accessories:  Naturally, Michonne has her trademark katana and scabbard. As this is based on Michonne’s look from Season 4, she comes with a candle holder from Terminus. 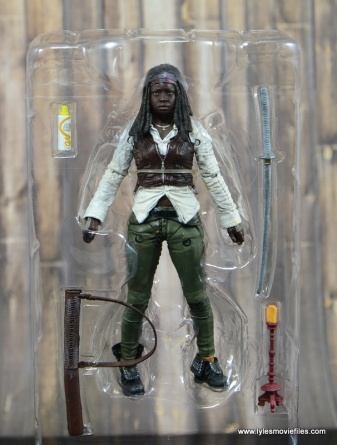 McFarlane Toys definitely provided some nice diorama pieces. Additionally, she has some Cheese Whiz in a callback to her bonding time with the traumatized Carl. Oddly, the container isn’t to scale so Michonne can’t actually hold it.

Worth it?  Despite being an older figure, you can find Michonne pretty easily for around $13. I find that about $3 too much in general for this line, but Michonne is a really well done figure and worth it in this case.

Michonne is one of the brighter spots in The Walking Dead line. The articulation limits are problematic, but otherwise this is a tremendous figure.

Where to get it?  Amazon is the best option at this point and they have her for a solid price.