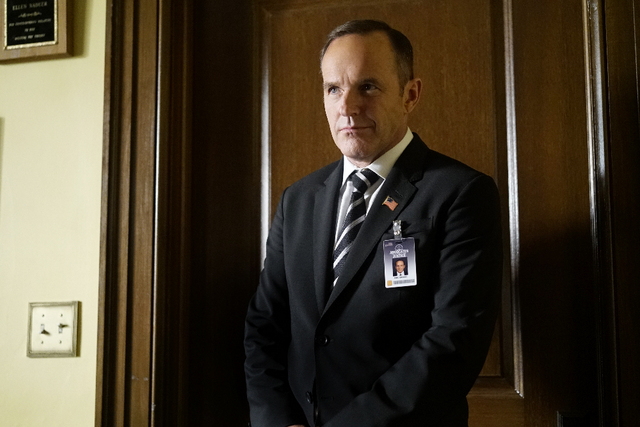 Wake Up should erase any doubts that Agents of SHIELD is in the midst of its best season. This is a markedly improved show now where everything is clicking in a way it never did before. AOS is on fire and Wake Up was another explosive episode.

It’s taken a while, but the writers have now mastered the art of juggling its cast and numerous subplots. No one character is the focus anymore and the show is so much better for that change in philosophy.

As enjoyable as the Ghost Rider arc was, the LMD arc has topped it in every manner. The villains have far more depth and SHIELD hasn’t had this level of distrust since the series’ first turning point with the Hydra twist.

Initially it seemed like Holden’s carefully constructed LMD empire was toppling. The real Malinda May managed to escape and outwit Aida while the LMD May was becoming aware she wasn’t real. And worse, now SHIELD knew he was conspiring against them.

Having the LMD May unaware she was a robot was truly inspired. Having her learn the truth of her origin and resume the charade was an even better twist. But Wake Up’s most ingenious move was revealing human May only thought she’d escaped. In reality she was stuck in a simulation program, but bit by bit, May is progressing through the simulation.

The LMD subplot dominated, but it didn’t have to carry the episode. After an attempt to bug Senator Nadeer’s office gets completely botched, Coulson and company get paranoid. Worse, it might have fractured Coulson’s trust with Talbot as SHIELD started doubting who to trust.

I’m glad Fitz keeping secrets from Simmons paid off. Their scenes together continue to be the season’s surprising weak point. 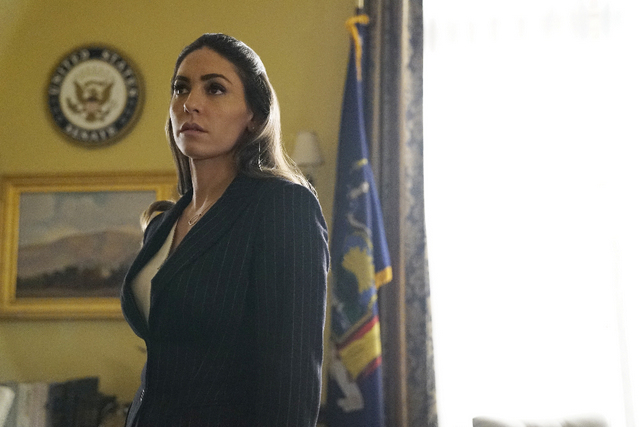 While Holden’s LMD was discovered, there’s no telling if he hasn’t managed to insert more LMDs into SHIELD. Either way, his new alliance with Nadeer and her superior doesn’t bode well for SHIELD.

Mack didn’t have a major role this week, but he had the episode’s most emotional moment as he told Yo-Yoa about his dead daughter. Henry Simmons is always solid as the team’s hard-nosed enforcer, but these moments have definitely helped him catch up to the original cast in terms of emotional investment.

The LMD storyline has taken Agents of SHIELD to another level. At this rate it’s hard not to make a case that this is the best comic book show on TV.