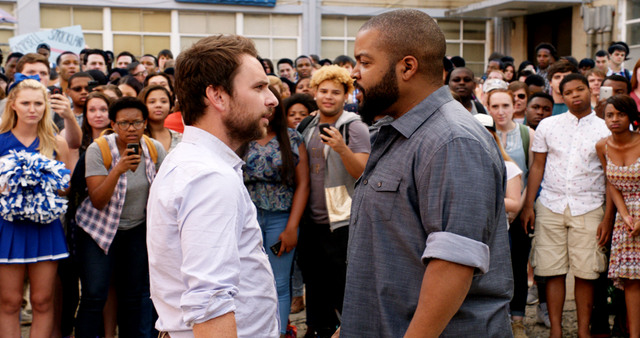 Fist Fight settles for the cheapest gags and lower-tier humor to be a comedy classic. Occasionally, there’s some truly inspired moments of hilarity, but this isn’t a high concept premise either.

If Fist Fight were a club, it hits the required two joke minimum and is enough of a distraction to pass the time. Sure, you could probably find something better scouring through Netflix, but this isn’t a bad option for folks eager to laugh in a theater. 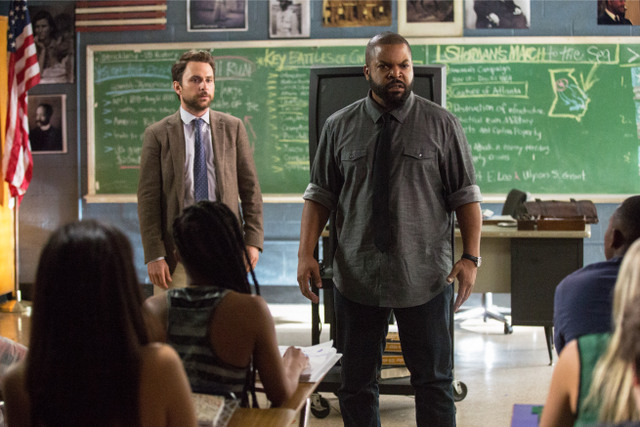 After a massive meltdown, Strickland and Andy are in Tyler’s office and somebody’s getting fired. With a pregnant wife, Maggie (JoAnna Garcia Swisher), and young daughter, Ally (Alexa Nisenson), at home, Andy snitches. The fastest way possible to get stitches from Strickland, who challenges him to an after school fist fight. With the help of the promiscuous, meth addict guidance counselor Holly (Jillian Bell, Office Christmas Party) and P.E. instructor Coach Crawford (Tracy Morgan), Andy has to come up with a plan to avoid spending summer vacation in the hospital.

Day is one of those performers who plays all of his characters like they’ve overdosed on caffeine. He’s going to be a better leading man once he masters the art of the gradual flip out. Until then, he’s better suited for ensemble roles where he can quickly spaz out and let the main character deal with the aftermath. 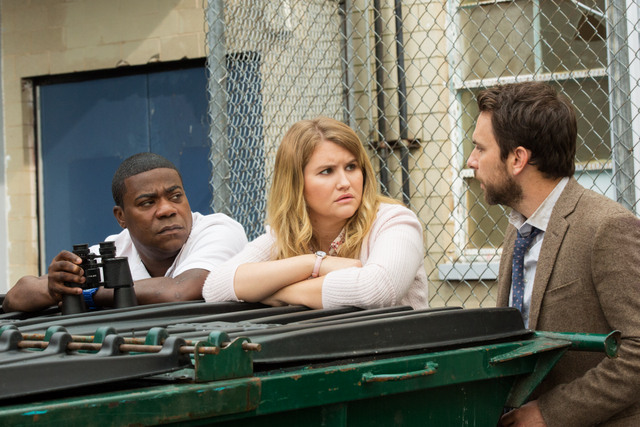 What Ice Cube lacks in range he makes up for with his character conviction. He buys in to each role and his breaking point teacher shtick is consistently funny. It was great seeing Morgan back in action after his near-death accident. His timing is still solid and his delivery hasn’t missed a beat. Bell has an obvious charisma and probably should be headlining a comedy, but this role isn’t the best showcase of her talents.

Debuting screenwriters Van Robichaux and Evan Susser get too preoccupied with the student pranks and not enough time on the main cast. Too often the story gets sidetracked to set up the next prank, which are kind of funny, but deserve an E for effort.

The script would have been better served focused on the underwhelmed school staff. They get so little development they’re reduced to one-note caricatures. Christina Hendricks is the biggest victim on that front as her French teacher with aggression issues could have been funny with some more attention. 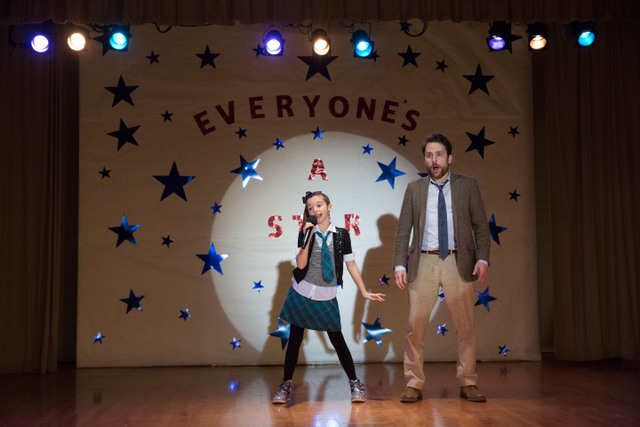 One subplot has a come from out of nowhere payoff. It’s crude and given its big moment, probably should have been developed better throughout, but it was way too funny to second guess. Fist fight aside, that scene was the one that’s had me cracking up as I thought back on the film.

Longtime TV Director Richie Keen makes the transition to feature film. Keen’s background is evident as Fist Fight is largely laid out like an extended sitcom episode framed with laugh track accessible scene payoffs. Keen does know how to set up the laughs and he delivers big in the final act.

Fist Fight gets a passing grade even if it doesn’t earn full honors. It’s just enough laughs to make seeing it worthwhile, but this won’t be in the running for comedy hit of 2017 either.