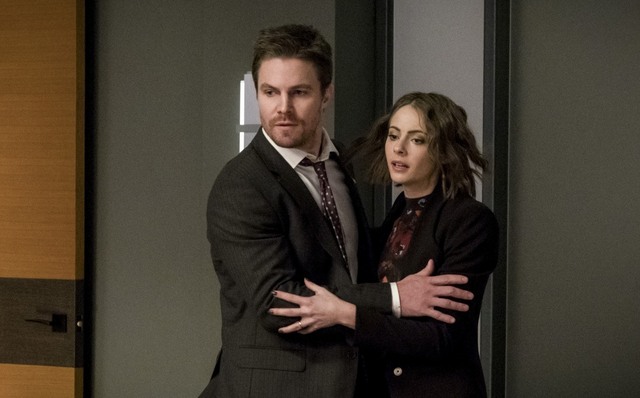 Spectre of the Gun was an unusual episode of Arrow and tough to rate by regular standards. The point of the episode wasn’t to be a pivotal installment of the season long arc in the battle against Prometheus.

Instead, this was the show runners tackling a hot button issue where super heroics couldn’t get the job done. In that regard, which is the only reasonable measure,  Spectre of the Gun hit the mark.

An armed gunman goes on a killing spree in City Hall, prompting immediate reaction from city residents and Team Arrow.  This was an interesting discussion since Diggle and Rene are the team’s resident gun-toting vigilantes. Without the benefit of survivalist archery training and super powered sonic blasts, guns are their main equalizer against Star City’s criminals.

Spectre provided a brief glimpse at Rene’s backstory. Rene seemed to have his life on track, but his wife (Samaire Armstrong, Entourage) was battling a drug habit. A dealer invaded their home and in the aftermath, Rene’s wife was shot and his daughter was placed in a foster home. I’ve enjoyed Rene this season so hopefully he’ll get more flashback episodes going forward.

Curtis’ anti-gun stance seemed to come out of nowhere since he’s never voiced these concerns earlier. His apprehension came off a little forced to provide a strong anti-gun voice. Curtis’ statements on being three times as likely to get killed by a gun because he is a black man felt out of place. That conversation would have been better suited for another episode, one where Diggle would back his sentiment. 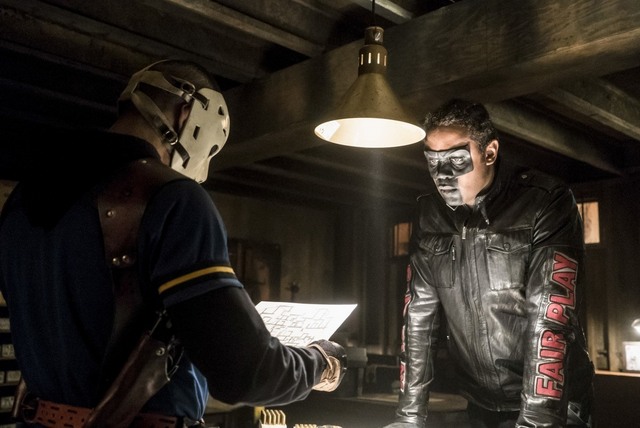 Felicity, interestingly, didn’t have much of an opinion. She figured this discussion couldn’t go anywhere and wanted no parts of it. This was especially odd since Felicity is never shy about voicing her take on anything.

After a pep talk from Lance and Thea, Oliver realized this was a case Green Arrow couldn’t solve. It was up to the mayor, Oliver Queen. The suspected shooter lost his family in a mall shootout and now was trying to spread enough chaos to get a gun registry signed. I’m not sure if Season 1 Stephen Amell could have pulled off the necessary emotional range for this episode, but now he provided a genuine and heartfelt performance. While Team Arrow can save the city, there’s some things even its heroes can’t do in uniform. 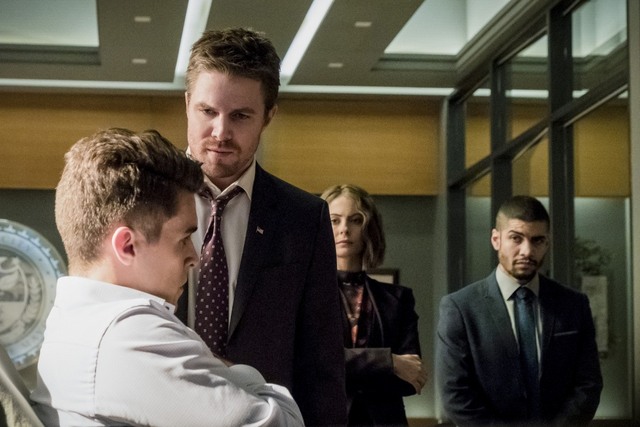 In the grand scheme of the season, this wasn’t a pivotal episode. There was no significant advancement of any story line. Vigilante made an appearance and Dinah is joining the Star City special forces unit.

Credit episode writer/co-creator Marc Guggenheim for giving the pro-gun advocates a respectful platform. Arrow can be real cut and dry at times, but this was a fair presentation of both sides of the issue. Hardly an easy task. Ultimately, Spectre probably won’t sway folks on either side of the argument, but it least it provided a dialogue.