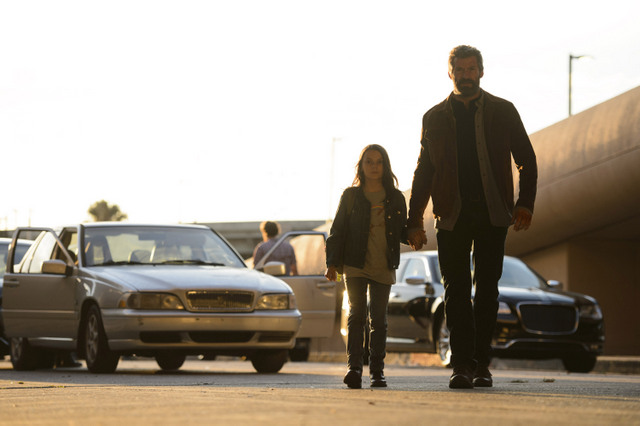 Logan is unlike any other comic book movie made so far. It’s complex, dark and unflinchingly violent. Think John Wick Chapter 2 with a higher body count. But for all that ambition and gratuitous violence, Logan is a taxing and overindulgent experience. It’s so bleak and joyless in tone that it makes Batman v Superman look like a cheery sequel to Guardians of the Galaxy.

The screenwriters seemed to want to cram multiple comic book stories into one film. There’s about three solid stories that could have been fully developed into their own films. Eventually, Logan buckles under its own crushing weight.

It’s 2029 and the X-Men are dead. Only Wolverine (Hugh Jackman) is left as a burnt out shell of himself with his healing factor fading and his mood worsening. With mutant-kind dead or dying off, it falls on Logan to care for an increasingly more senile Charles Xavier (Patrick Stewart) with the aid of the tracker, Caliban (Stephen Merchant, Hall Pass).

Logan marks Jackman and Stewart’s franchise swan songs. Like The Force Awakens, it’s disheartening to learn the efforts of our heroes ultimately didn’t matter and their lives still ended horribly. Still, it could be worse. They could exist in the X-Men: Apocalypse time stream.

Reluctantly taking one last mission, Logan agrees to escort a young mysterious girl, Laura (Dafne Keen), to a mutant sanctuary in North Dakota. To make things more interesting, Donald Pierce (Boyd Holbrook, Run All Night) and his Reavers are after Laura and will do anything to reclaim her.

Good thing Laura has powers of her own and some familiar metallic enhancements. Keen steals the film with her pint-sized intensity and expressive eyes that convey a ton of emotion.  Logan definitely plays out to open the possibility for an X-23 spin-off series and that sounds very intriguing thanks to Keen’s performance. 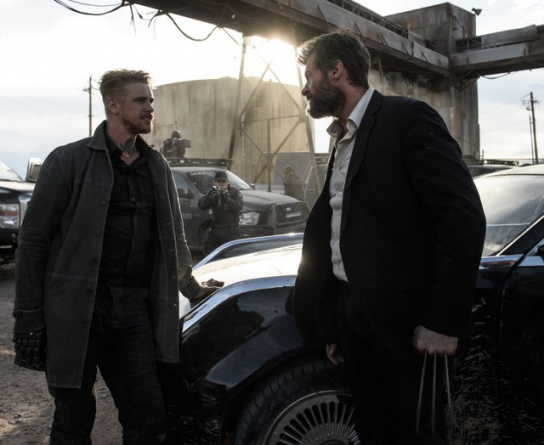 With Deadpool paving the way for R-rated X-Men adventures, Logan goes to another violent extreme. Granted, Wolverine’s claws would do a lot more harm than the sanitized version seen in Bryan Singer’s films, but Director/Co-Writer James Mangold (The Wolverine) goes to the extreme.

This time the claw slicing action regularly features impaling and a heavy supply of decapitations.  It’s jarring the first dozen or so times watching Wolverine so ferocious in battle fully channeling his berserker rage, but it loses impact midway through and becomes bloodily repetitive.

It helps make Logan’s two hours and 17 minute run time feels much longer. Irresponsible parents warning: this is not a kid’s movie so leave them home for this one.

The Professor X subplot is probably the most enjoyable. While it doesn’t make a lot of sense considering how Wolverine handled a similar circumstance in X-Men: The Last Stand can be cited for anything — Jackman and Stewart’s chemistry is terrific.

That payoff, involving a kind family (Eriq La Salle, Elise Neal and Quincy Fouse), is disheartening as the film still had a chance to rebound from earlier mistakes and opts to reinforce the already exhausted point — Logan brings pain and misery to everyone around him. 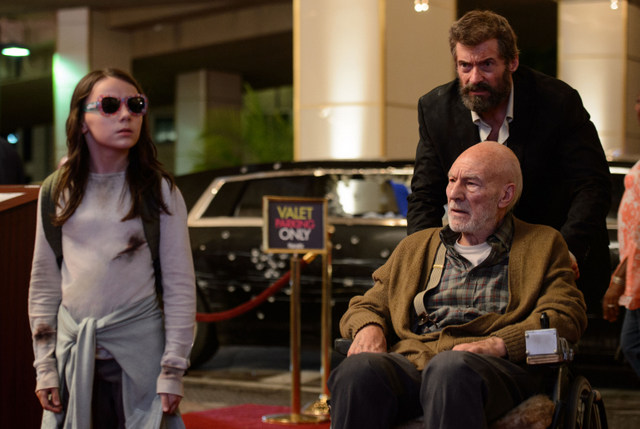 Also frustrating was the disappointing choice for the main villain. The Wolverine trilogy has always had underwhelming big bad guys, but this one really feels uninspired.

Jackman and Mangold deserve credit for doing something different with the standard comic book film format. They don’t all need to feel cookie-cutter, but comic book movies don’t need to feel this relentless bleak. Logan is a feel-bad superhero film that succeeds at showing the darker side of being a superhero. Time to go cheer up with another viewing of Deadpool.