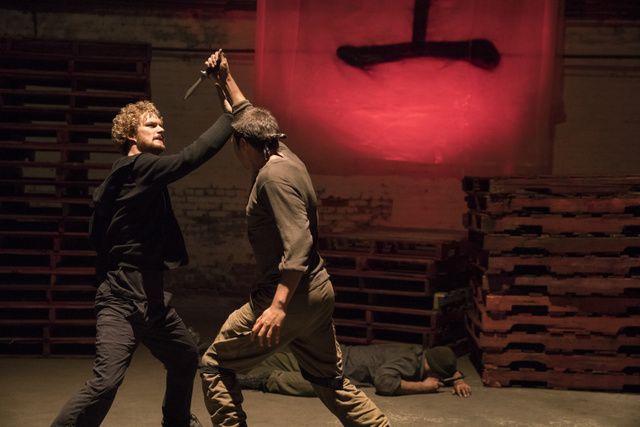 Besides the lack of a costume Immortal Emerges from the Cave was pretty much everything I signed on for an Iron Fist series. Yeah, there was the nagging legacy series’ issues, but so what? We got a real honest to goodness kick-tail kick-fest showcase that felt like Saturday afternoon Martial Arts Theater.

To Iron Fist’s credit, this is right around the time when some of the other Marvel Netflix shows start to lose steam. The initial villain has been dealt with and there’s this lull period before the next threat emerges. With Iron Fist, the slow portion occurred early on paving the way for a much more enjoyable second half.

It seems like the writers left a great subplot on the table about hobo Monastery Danny embracing his newfound wealth. Instead, he quickly shifts from no shoes and showers to Ashton Martins.

The ongoing struggle for Iron Fist is keeping things interesting when Danny and Colleen are off screen. Madame Gao (Wai Ching Ho) calls in her elite Hand assassins and they are eager for a contest. With her forces ready, she invites Danny to a Duel (of the Iron Mic). At stake, the chemist’s daughter and Danny’s war with The Hand.

For the first time in the Marvel Netflix universe, Claire really irritated me. Danny’s off and about to face impossible odds against The Hand, a group she knows is dangerous. Yet she doesn’t mention she’s got a friend who’s used to fighting them?

Not that I expect Daredevil to come in with the last second rescue — especially in this part of the season — but there had to be a better way to keep Matt and Danny away other than Claire just not bringing him up.

And her skepticism at this point that there’s powered people despite encountering Matt, Jessica Jones and Luke seemed really silly. Why would she think her old hospital is somehow better equipped to deal with another ninja invasion? Did they hire Chuck Norris to work security?

Again, I’m not here for Ward’s pending addiction subplot. He’s been such a poorly developed character and Tom Pelphrey is struggling to get much out of the character to make him interesting. Ward is just another privileged businessman crumbling in the face of adversity.

But none of that really matters in Immortal Emerges. Danny has to face Gao’s minions. In true boss level fashion, each one is more dangerous than the last. While the Netflix series don’t have the biggest budgets, these fight scenes and sets were fantastic. 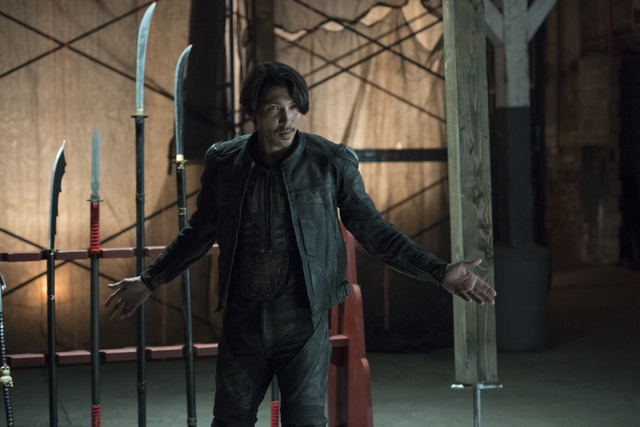 The second, The Bride of Nine Spiders (Jane Kim), had the best comic book feel with her venomous poison needles. I also dug the pep talks/visions from Danny’s master, Lei Kung (Hoon Lee). This felt like the first time Iron Fist really embraced its comic book roots and was a lot of a fun.

Danny is still a naïve hero though and took Madame Gao at her word. While he defeated her fighters, she made him end the duel to save the chemist’s daughter. As he walks off, Gao can’t help but taunt Danny by mentioning she knew his father, who might have roots to the Iron Fist as well.

Immortal Emerges from the Cave played out like a comic book issue with excellent fight scenes and an ever deepening mystery. With more episodes like this, Iron Fist could end up fully winning skeptics over.