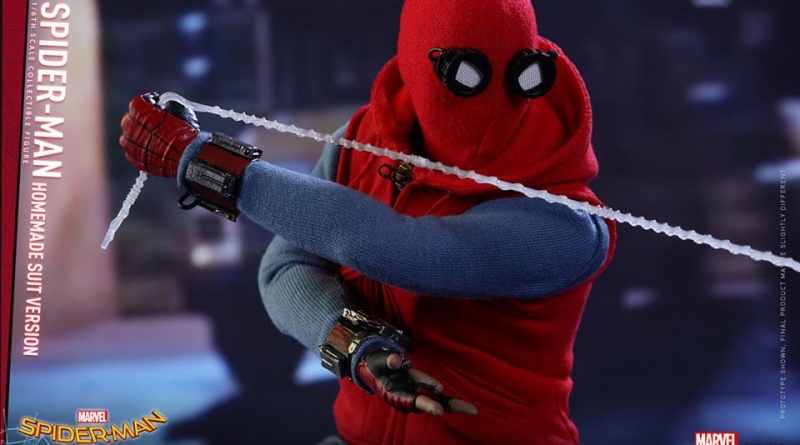 As far as summer blockbusters go, I doubt any are as anticipated as Spider-Man Homecoming. Tom Holland nailed it as Spider-Man/Peter Parker and his solo adventures should be a lot of fun.

One surprising reveal from the various pictures and reveals for Homecoming is the Homemade suit might possibly return. Considering Tony Stark whipped up a pretty impressive modern outfit, I’m curious what makes Spidey go for the throwback. 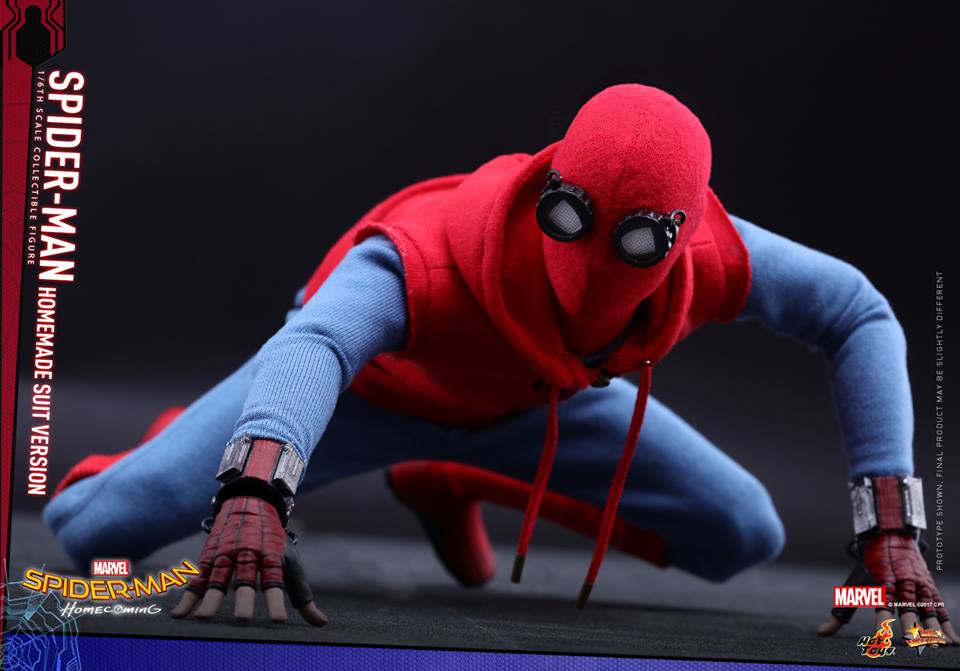 Either way Hot Toys wasn’t going to let such an interesting variant go to waste and has a Homemade Suit figure coming. I’m hoping the next Homecoming reveal is Michael Keaton’s Vulture figure. As nice as the Homemade Suit figure is, we kinda need some villains to join our Spider-Man display. I’m sure the Holland head will be revealed when it meets Marvel’s approval. 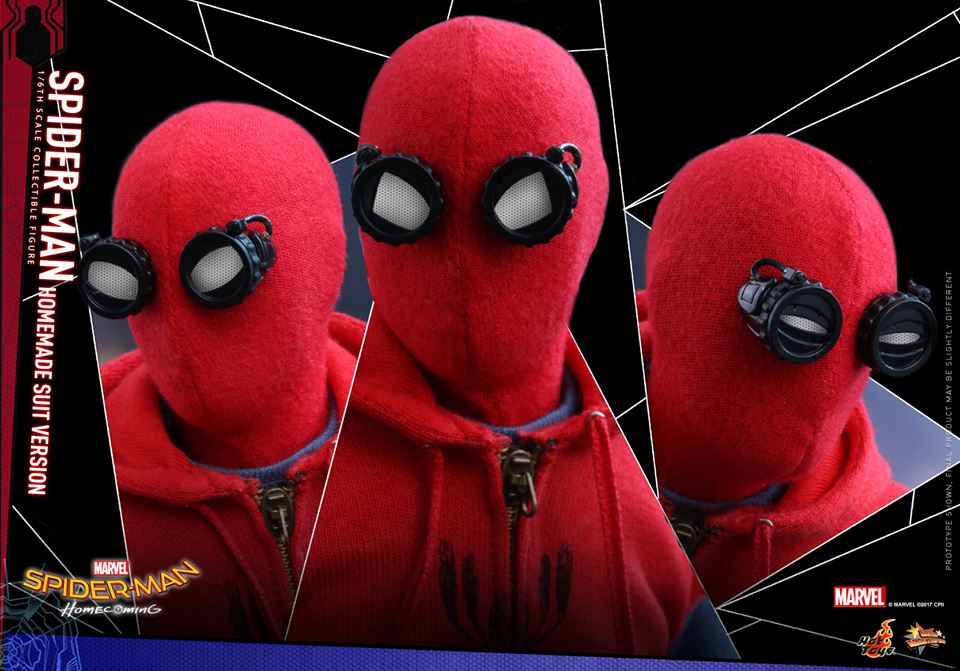 Your friendly neighborhood Spider-Man is officially home in the Marvel Cinematic Universe! The young Peter Parker was introduced in Captain America: Civil War last year and his surprising appearance has made fans hungry for more. This summer, the webslinger will swing back into action, juggling his budding superhero career with frantic high school life in Spider-Man: Homecoming. 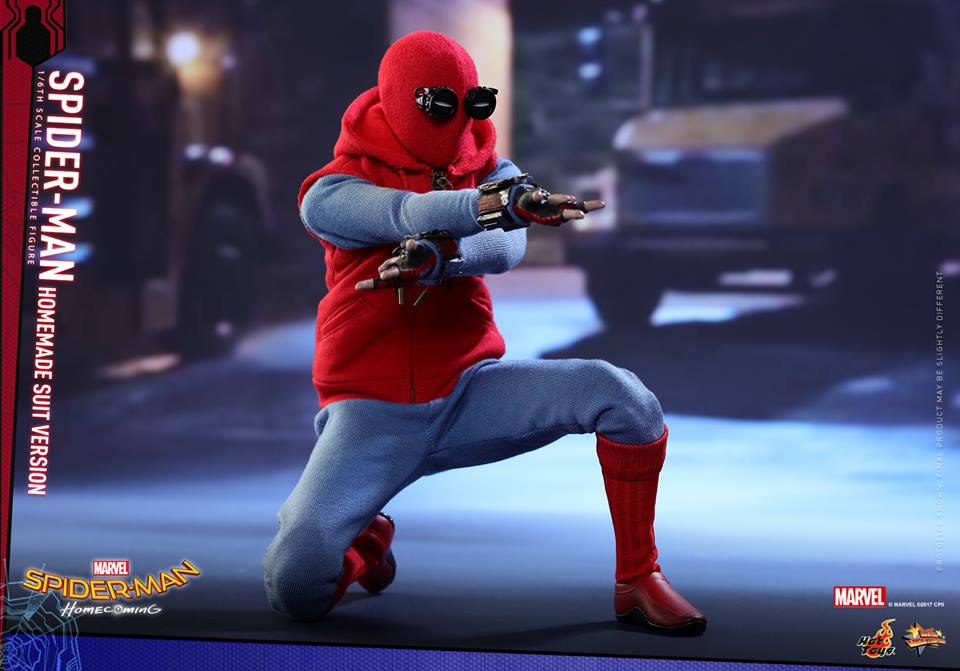 As fans everywhere are counting down to the release of the movie, Hot Toys is excited to announce the 1/6th scale collectible figure of the beloved Spider-Man wearing his homemade outfit!

Expertly crafted based on Tom Holland’s appearance in the movie, the Spider-Man (Homemade Suit Version) collectible figure features a newly developed Peter Parker head sculpt as well as a masked head sculpt with 3 sets of interchangeable eyepieces for making a variety of facial expressions. It also comes with a finely tailored outfit with web-shooters, an assortment of spider-web shooting effect parts, and a specially designed dynamic figure stand with movie logo. 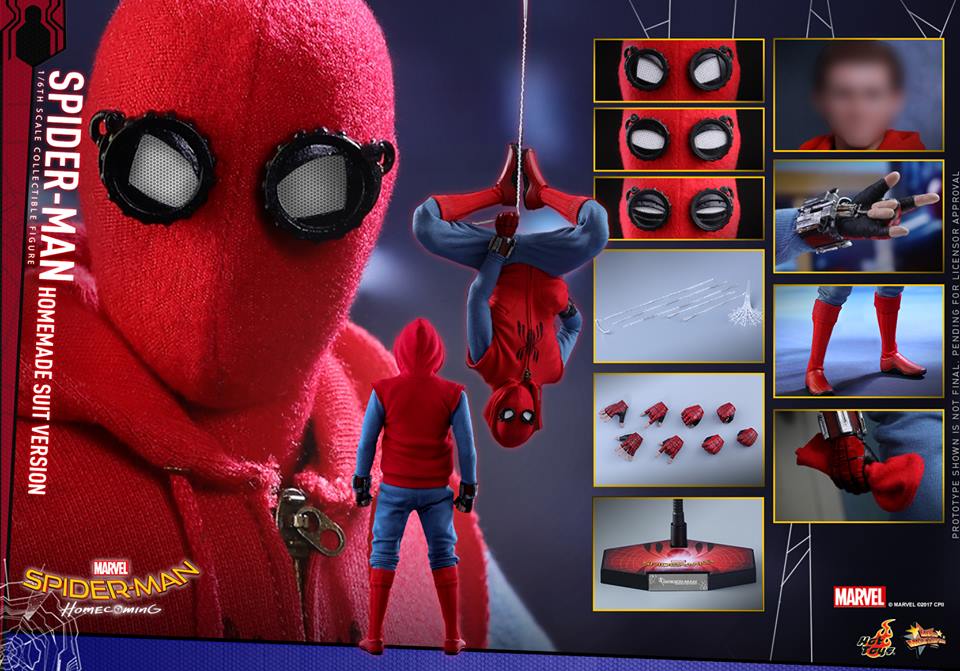 Welcome Spidey home and add him in your Hot Toys collection!