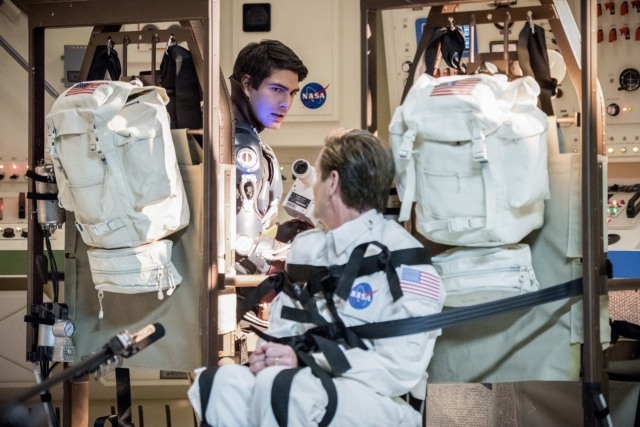 Moonshot was a weird and overall frustrating episode of Legends. The show has always been inconsistent with its time travel logic as well as tone and both weak spots showed up in a major way.

The Legends had to travel to 1970 to infiltrate NASA and capture the final piece of the Spear of Destiny … on the moon. In the flag planted by Neil Armstrong. Nice touch.

But Thawne already had his sights on it and hitched a ride on Apollo 13 to get it. Atom flew in and the two foes had to work together after damaging the craft. Besides an obligatory riff on The Martian, Ray was far less goofy this week as he was leery and constantly on guard for Thawne’s tricks. I like this more serious Ray and hope the writers explore more of this side. Especially if Nate sticks around to fill the excited geek role.

And to keep NASA operatives busy from seeing all this, Stein sang Banana Boat Song. Even for Legends this was a real goofy and silly moment. I did get a kick out of Franz Drameh getting to use his actual voice as Jax pretended to be a British liaison.

With one member stuck in medieval times and another dead, it’s time to look at the last man standing for the JSA – Henry Heywood (Matthew McCall). While Dr. Mid-Nite, Stargirl and Obsidian didn’t get much screen time, Commander Steel was a main player this week. 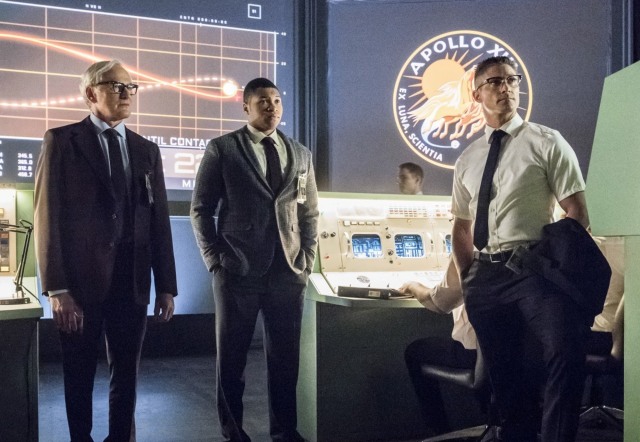 Henry resented Rip for stranding him in the 60s, forcing him to leave behind his wife and son. But now with the Legends back, he could get dropped back to the 40s and reunite with his family, right? Not so fast. Moonshot was one of those rare episodes where the Legends were ultra protective of the timeline and didn’t want to disrupt the delicate balance.

This was so much hogwash considering how every episode the Legends trash history for ‘the greater good.’ Earlier this season, Stein had a random conversation and set history in motion so he had a kid! Legends has to be more consistent about when it’s OK and when it’s not OK to screw with time beyond writer convenience.

All told, Rip came off real terrible with his decision to recruit the JSA. And shouldn’t his actions of snatching them from the timeline cause major repercussions to the timeline anyway? It’s not like he went to the present and got folks whose lives weren’t already lived. As a huge JSA fan, I was disappointed they got so shortchanged all season.

That confusing logic aside, I really hated how Sara got the gold star Felicity treatment. She ignored Rip’s suggestion and ended up damaging the Waverider. That move directly led to Henry needing to play Jean Grey to sacrifice himself. But no one questioned her and she didn’t feel bad about it afterward. The important thing was she asserted that the Waverider is her ship. 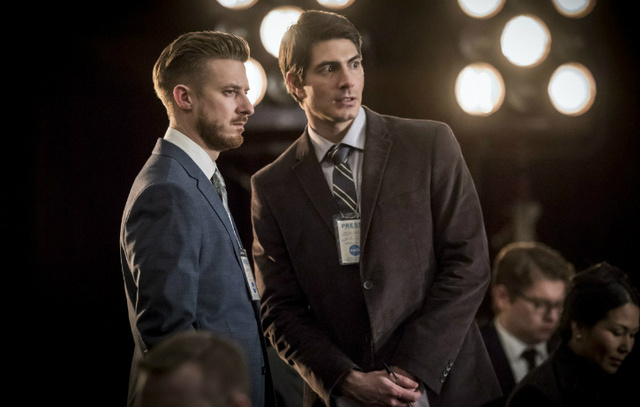 I’ve argued all season that Sara makes a better ninja than captain. And with Rip back, she did little to change that opinion. Sara is effectively the Force Awakens‘ Rey on Legends — awesome and supremely capable of everything. Rip was defined largely for his knowledge of time and being the captain. Being second wheel doesn’t fit him well and he doesn’t add anything to the team as the ex-captain.

Random note: Is anyone going to ask about the third astronaut Thawne was posing as when Apollo 13 launched?

With just three episodes left, Legends is rapidly approaching the end of the season. At this point episodes like Moonshot need to do more than show off Victor Garber’s singing voice and reinforce Sara is the captain. That was established long ago. Now it’s time to focus more on the Legion and Legends conflict besides these random encounters.