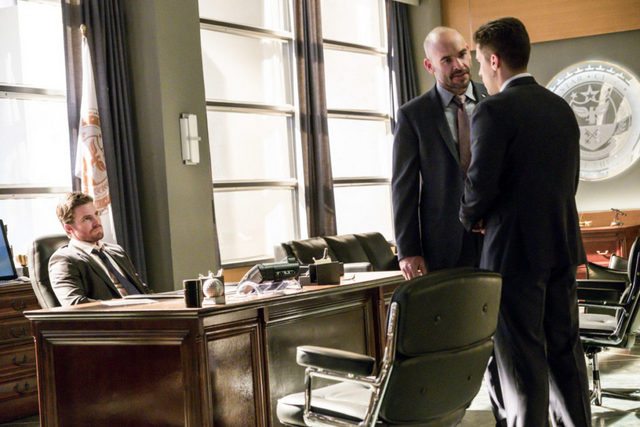 Disbanded continued the story arc that’s played out more like a movie than a TV series. It was another sensational episode that furthered the personal stakes of an already highly personal season.

Most of the episode revolved around a clash of ideologies. Crushed and fully broken, Oliver disbanded Team Arrow. With no desire to take Chase down himself, Oliver calls in Anatoly and the Bratva to kill him.

That plan doesn’t fly with Diggle and he rallies Team Arrow to overcome their lack of resources to keep watch over Star City, even if that puts them in conflict with Oliver’s wishes.

Oliver is quick to beat up on himself and with such a willing guide to Despair Mountain in Prometheus, Oliver is out of sensible ideas and acting desperate. While it makes sense, I’m hoping tonight’s brush off isn’t the last time Oliver and Susan interact. Now knowing she isn’t trying to set him up, Susan stands as a far more sympathetic and likable character. It’d be interesting to see how their relationship could play out with no secrets. But the Susan relationship is more likely yet another casualty in Prometheus’ wake. 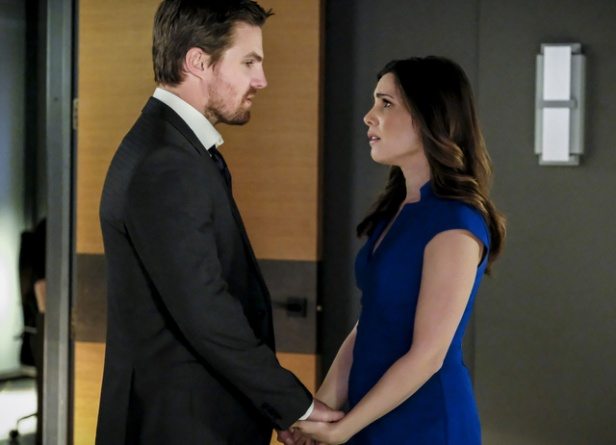 Stephen Amell was spectacular throughout the episode. Amell has had a ton of outstanding scenes to tackle this season and this devolving of Oliver’s resolve tonight was some of his best work in the series. As good as Amell was, David Ramsey was equally impressive making use of the increased focus.

Diggle had been neglected with the new recruits. Beyond serving as Wild Dog’s unofficial mentor, he lacked purpose. Tonight gave Diggle a major spotlight as he was the last man standing trying to snap Oliver out of his funk. Even Felicity was on board the Bratva kills Chase bandwagon.

I would have liked her to spell out a bit more explicitly her rationale also being that Prometheus got her boyfriend killed. That seemed way off-character for Felicity, but would be understandable if she’s still grieving Billy. And you know there’s going to be some major fallout from Felicity, even unintentionally, getting Curtis caught in the Helix web.

Like he cautioned Oliver last week that the hood was just a crutch to become a monster, Anatoly also foretold his fate. Before Oliver returned to the island, Anatoly was leery of the man he would become without Oliver. In the ensuing five years he became just as cruel and vicious as every Bratva leader before him. Prometheus has been a superb villain, but this season has also benefited from the tragic demise of Oliver and Anatoly’s friendship. 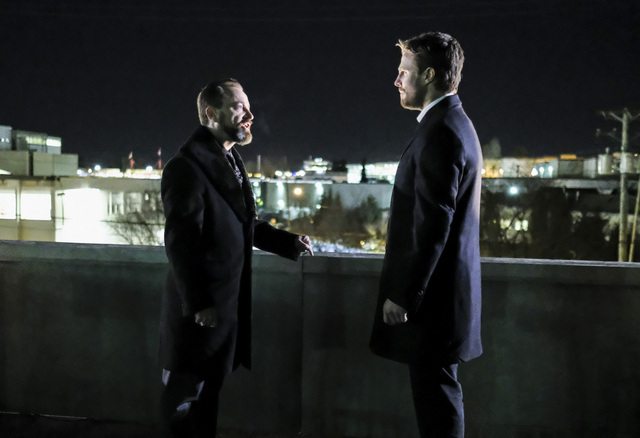 Oliver had strong moral compasses in Diggle and Felicity, but Anatoly lacked that gentle nudge in his ear to aim higher. This was a subtle reminder that Diggle was right. Oliver, the monster that was conceived as part of Bratva evolved into the Green Arrow thanks to his friends. It’ll be interesting to see if going forward the Bratva become recurring villains. They’ve certainly got enough personal stake to go after Team Arrow at random points in future seasons.

The biggest reveal was Team Arrow (with a Helix-sized assist) was able to capture the footage of Chase unmasking. Now everyone knows he was Prometheus. But what good that will do now that he’s fled a witness protection program and is on the run. Chase was dangerous when they knew where he was, but now that he’s on the loose? That’s going to pose serious problems for Oliver and crew.

Disbanded kept hitting Arrow fans dead center in the feelings with Diggle re-affirming his vital role in the series and the Oliver/Anatoly fallout. Arrow takes a mini break until April 26. That should just about give us time to catch our breath for the final arc.