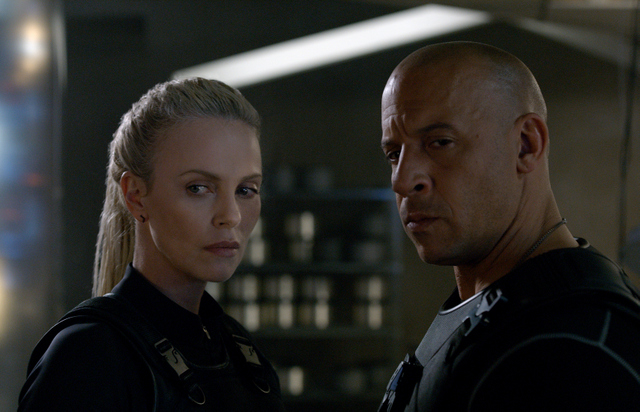 It’s reasonable to expect a series that’s had a city-destroying safe, a 36-mile runway chase and even a tank battle to be creatively running on empty. The Fate of the Furious not only assures viewers there’s plenty more levels of ludicrously entertaining levels to go, but asserts itself as a contender for best in the series.

Yes, crazy as it sounds for a series in its eighth film, the Fast and the Furious franchise keeps finding new ways to stay fresh, fun and gleefully over the top. Fate definitely aims for being the most absurdly ridiculous film in the series, but if you’re looking for realism and logic at this point you’re watching the wrong franchise.

Sometimes it’s best for a series to evolve and grow up, but for Fate of the Furious reversing to the other direction with a heavy foot on the gas is clearly the best option. 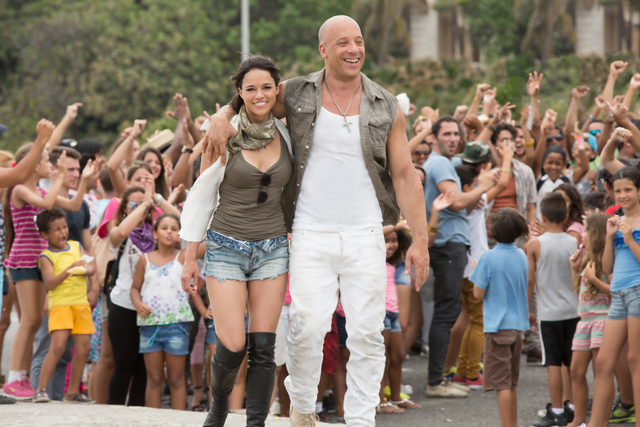 Dom (Vin Diesel) and Letty (Michelle Rodriguez) are enjoying their honeymoon in Cuba. They’re taking in the environment, scenery and of course, getting in a little racing. Then Dom encounters cyber terrorist Cipher (Charlize Theron), who forces him to betray his friends and join her cause.

For a character like Dom to turn on the friends he considers his family, the cause for a betrayal has to be huge and screenwriter Chris Morgan delivers a realistic and logical twist.

With Dom going rogue, Hobbs (Dwayne Johnson) has to take the lead in getting the family to stop Cipher’s plans. Tyrese Gibson is back as motor mouth Roman, tech whiz Tej has some crazy new gadgets and hacker Ramsey (Nathalie Emmanuel) looks to shut down Cipher. 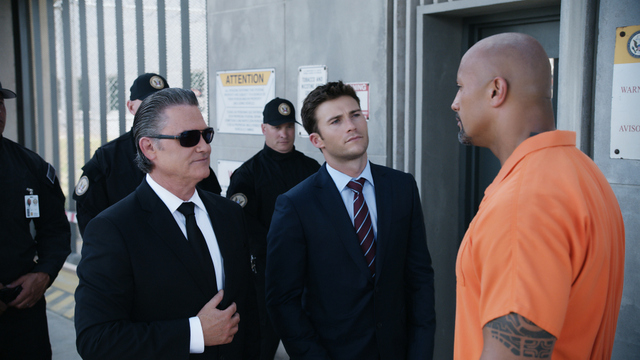 But even with their resourcefulness, the gang is going to need some help. That’s why Mr. Nobody (a really fun Kurt Russell) brings in his protégé Little Nobody (Scott Eastwood, Suicide Squad) and recruits Furious 7 villain Deckard Shaw (Jason Statham). Hobbs and Shaw have a rivalry from the last film and their constant banter is one of the film’s highlights.

Theron gives the franchise its cruelest and slithery villain. Statham’s Deckard was ruthless and dangerous, but he was settling a score. Owen Deckard tried to beat Dom and crew at their own game, but Cipher is the most remorseless and irredeemable of the series’ villains. The Shaw brothers might have been better adversaries while Cipher becomes the most personal villain of the franchise.

As far as the eighth film in a series goes, Fate is surprisingly accessible to newcomers. But naturally, Morgan continues to build on the foundation he establishes since taking over as the series screenwriter with Tokyo Drift. For those who’ve been along on the ride, it’s genuinely satisfying seeing plot threads from previous films come together.

Events that have transpired in the series have meaning and consequences. That doesn’t mean Fate takes a depressingly dark turn. There are some tough moments, but overall the film retains its spirit of winking ridiculousness. That self-awareness from the filmmakers and cast makes all the difference in the presentation. That’s especially useful with Hobbs’

Director F. Gary Gray (Straight Outta Compton) is tasked with keeping the engine running. In hindsight, Gray probably should have been involved with this franchise far sooner. Gray clearly has a firm understanding of how to progressively raise the stakes with each insane action sequence.

I got the sense this was how The Italian Job would have evolved if Gray made that into a franchise. There’s the traditional race scene in Cuba followed by a spectacular car chase sequence in New York and a James Bond style finale off the Barents Sea. That doesn’t even include the crazy plane fight. And in a cute touch, Gray even manages a nod to his first film, Friday. 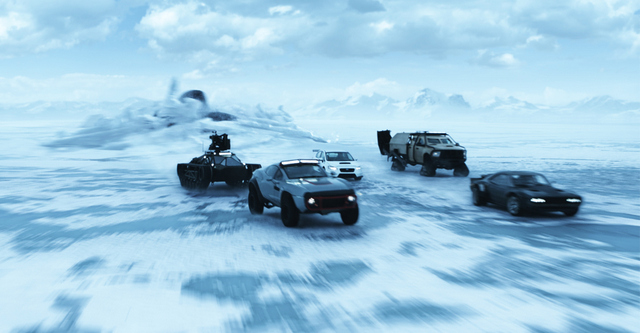 Maybe the only thing holding Fate back from best in series designation is the absence of Paul Walker’s Brian O’Conner. With this premise and overall craziness it was hard not to think how much more fun it’d be if Brian were here. Morgan wisely addresses Brian and wife Mia’s absence to convey they’re gone, but not forgotten. Some spoiler other franchise favorites return, but newcomer to the series Helen Mirren might have stolen the film in her limited role.

The Fate of the Furious is being billed as the first part of the series’ final trilogy. With a series far from its creatively bankrupt point, it’s easy to see this franchise has plenty more miles left on the tread.