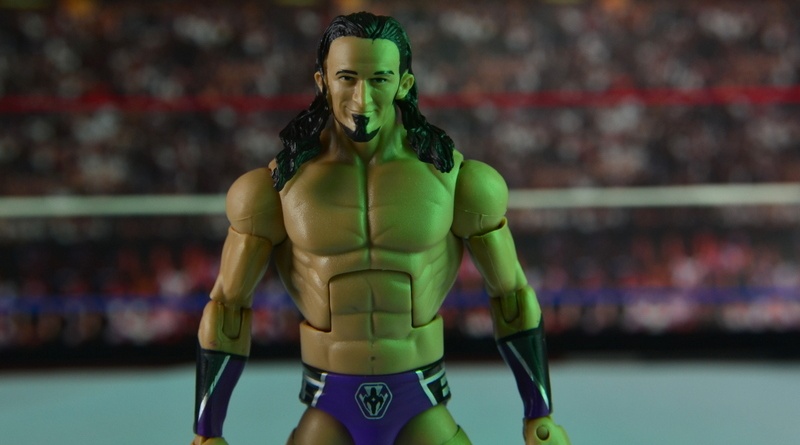 When I first started watching NXT, Neville was the champion. His move set and intensity was unlike a lot of his peers and he really stood out. Since losing the belt to Sami Zayn and advancing to the main roster, Neville has largely been underappreciated. Fortunately, he’s getting more of a focus now as a centerpiece of the 205 cruiserweight division. And that was more than enough incentive to finally get me to review the Elite 42 figure. Let’s see how he flies.

Packaging:  The Elite packaging is one of my favorites currently on shelves. It really stands out and is distinct among a sea of black and red packaging. This is Neville based on his RAW stint so the package has the familiar red accent colors. As usual, I’d love to see a some form of write-up or bio to supplement the stat card. 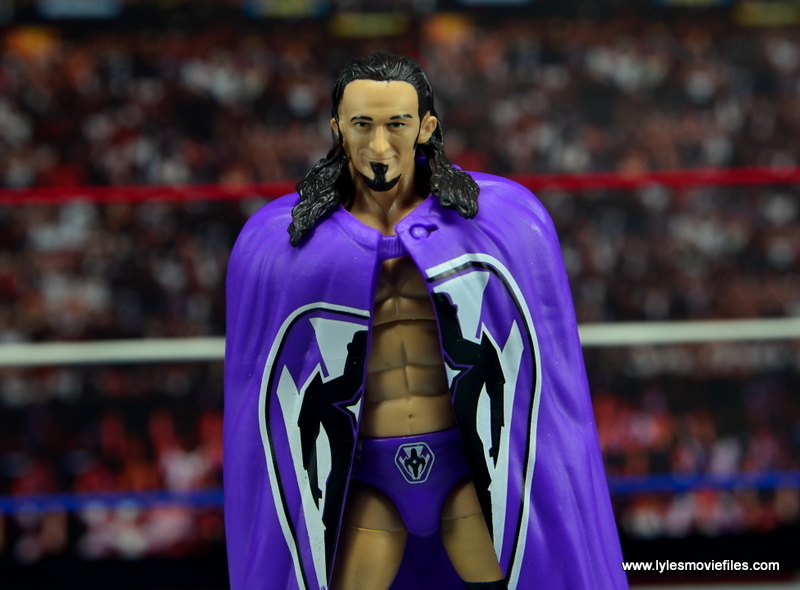 Likeness:  Neville’s first sculpt that was used on the Basic figure was pretty good. The Elite one has a bit more character and a little more personality. Neville’s smirk shows that confidence I’m used to seeing from the former NXT champ. Defying gravity will do that for you. The hair sculpt hangs down longer and is fuller than the Basic figure and the ears are a bit more pronounced as well. 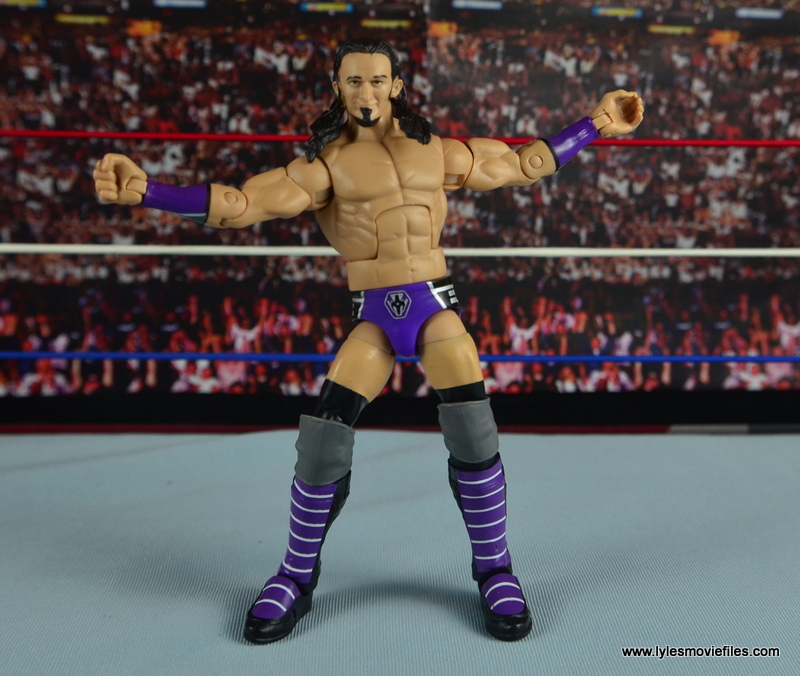 Unlike some of the Finn Balor figures, Mattel gave Neville the more ripped torso to better capture his defined physique. The thighs could stand to be bigger, but I’m not sure which options would work best. 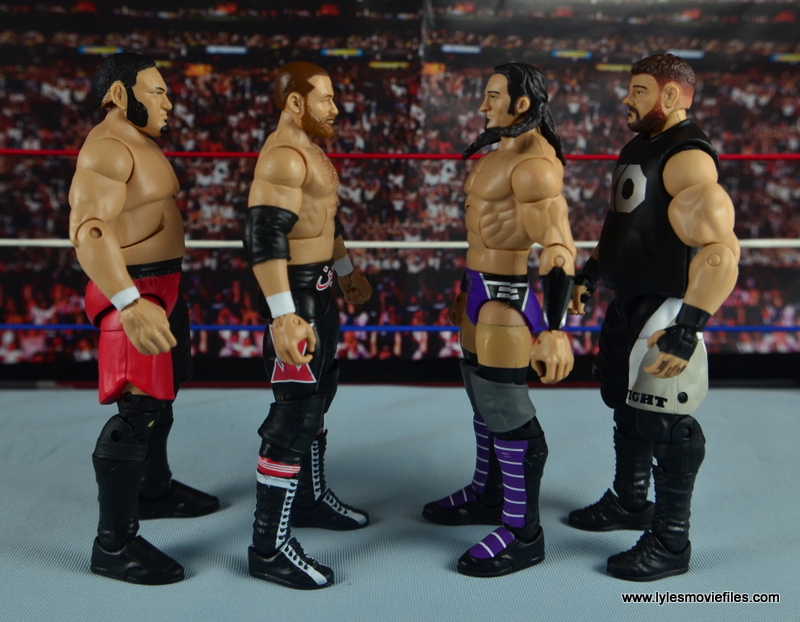 Scale:  Neville is smaller than most peers clocking in at 5’8″. That has him looking up at the 5’11” Balor, 6′ Kevin Owens and Zayn and 6’2” Samoa Joe. The figure scale is pretty dead on with how he should look next to those guys.

Paint:  I really like Neville’s purple and white color scheme. It definitely helps him to stand out among the more black-based attires of most of the current generation (save New Day of course).

For the most part, the paint job is great. The lining on the boots is impressively handled without any problems. And the logo on the tights came out very well. There’s just a matter of the hairline not being fully painted. This should be a pretty easy fix, but it’s a little annoying that something this obvious managed to get by production.

Articulation:  With the standard Elite body, there’s not much you can’t do with Neville. Until I master the art of posing with string, hi-flyer photos are going to be a little boring. Once I figure it out, maybe I’ll revisit him, Balor and Zayn. 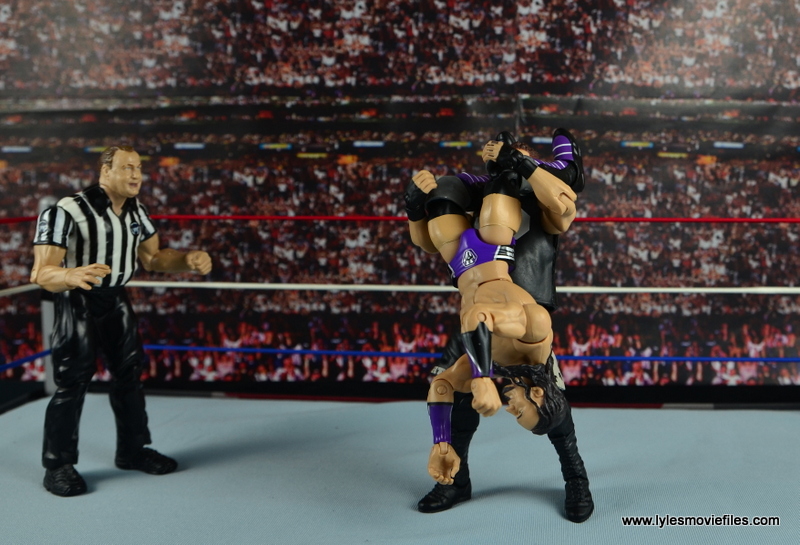 Accessories:  Neville doesn’t fare quite as well in this category. He comes with his entrance cape. That would be a great accessory, but Mattel opted to go plastic instead of cloth for it. 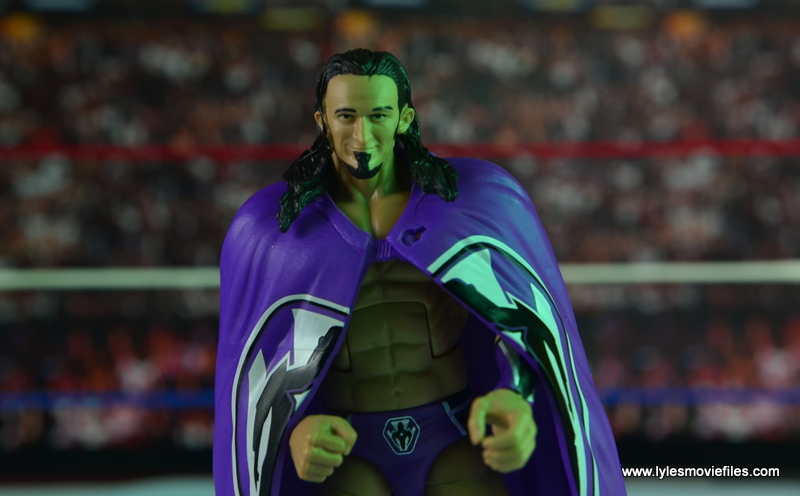 Mattel insists that complex designs make plastic the better option. That might be true, but Neville looks like he’s wearing a shell more than a cape.

Worth it?  Turns out Neville is pretty popular. His figure is fairly hard to track down in stores at this point and he’ll set you back around $30 on Amazon. I’m not sure if the figure is that good, but he’s not a character that’s going to get a new Elite figure every other wave.

Neville is this close from being really exceptional. The smaller thighs and hair paint combined with the shell cape knock him down a few notches. 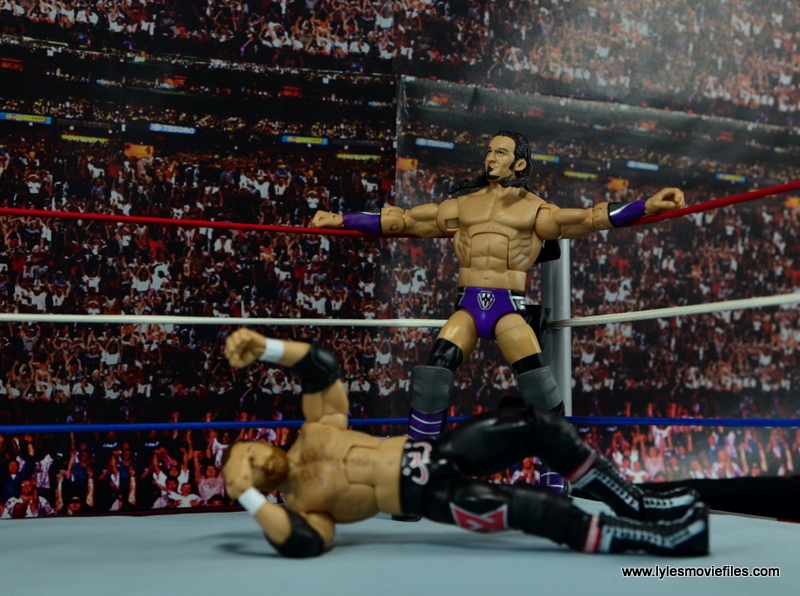 Where to get it?  That’s the catch at this point. Most stores don’t have Elite 42 in stock any more so online is probably your best bet.